Texting positive of any sexually transmitted infection is not fun. The news can be really tormenting depending on the severity of the disease. Gonorrhea is one of such infections; it is a contagious bacterial infection, commonly acquired through sexual intercourse with an infected partner. It is caused by bacteria known as Neisseria gonorrhea or simply gonococcus. Here is the whole article dedicated to gonorrhea treatment and medication.

In men, this disease affects the urethra and can spread to other parts of the genitals or urinary tract. In women, it attacks the cervix and may as well spread to other parts of the reproductive system such as the fallopian tube and uterus causing pelvic inflammatory disease that causes infertility. Immediately after exposure to gonorrhea, it takes 2-10 days for symptoms to show especially in men. In the case of women, some don’t even experience any symptoms.

When the first signs of gonorrhea appear (pain when passing urine, discharge from the penis and vagina, and bleeding in between periods for women), you are needed to seek immediate medical attention to help put the disease under control. If left untreated, gonorrhea can spread through the bloodstream to the tendon’s joint and valves in the heart. This infection may also increase the risk of other serious infections like HIV. You can see it is such a serious infection, but the good thing is that it is curable. 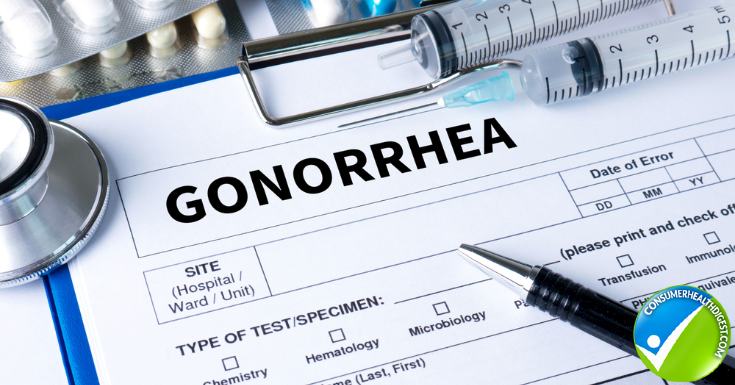 With proper treatment, you will be able to get rid of this serious infection but remember re-infection can still occur if you are not careful. It is always said, “Prevention is better than cure.” The best ways to avoid this disease together with several other sexually transmitted infections are abstinence or maintaining monogamous sexual relationships. For the case of men, it is advisable to commit to safe sex by using a latex condom which is vital in preventing the disease from infection.

What medication is used to treat gonorrhea? 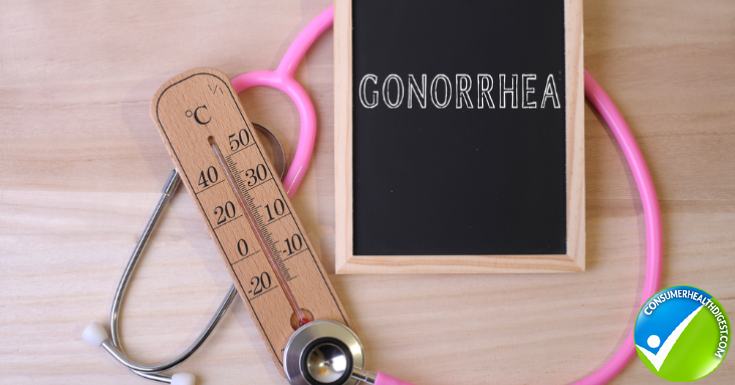 Antibiotics such as ceftriaxone or cefixime are the most recommendable in the treatment for gonorrhea. The antibiotics are usually administered by injections. Alongside these two medications, another antibiotic, azithromycin that is in capsule form is also administered to help in treating Chlamydia infection which is a common infection that comes along with gonorrhea.

You simply need to get a simple swap test or a urine test for men at your nearest health clinic and if found you have got it, then the antibiotics will be administered immediately. It is further recommended that you strictly follow all treatment guidelines to avoid resistance to the bacteria and to have optimal treatment outcomes.

How long does it take for gonorrhea to go away after the shot?

Soon after the antibiotics injection, you will begin to see improvements in symptoms of the infection. However, for faster and effective recovery, you are needed to take the full dose of the antibiotics as prescribed by your medical doctor. Failure to do so, the infection may not be completely cured.

While under treatment, you are also advised not to have any sexual contact with anyone. To get rid of the infection completely, you need to come with your partner to the clinic for testing and treatment. Otherwise, if only you are the one that is treated and your partner is not, then you will definitely be infected again. 7 days after the shot is enough before you start having sex again with your partner.

How effective is the treatment for gonorrhea?

Treatment for Gonorrhea becomes a bit complicated due to the fact that the bacteria, Neisseria gonorrhea has the ability to develop resistance to antibiotics used in the treatment of the infection. Would be ideal to understand more about this by going through the sexually transmitted disease treatment guidelines recommended by the Center for Disease Control and Prevention (CDC) For this reason CDC recommends a dual therapy for gonorrhea infection. This type of treatment is based on a combination of two antimicrobials with different mechanisms of action. One to treat the infection and the other to prevent the bacteria from becoming resistant to the antibiotics administered. That is why a single dose of ceftriaxone and oral azithromycin are used together to ensure you effectively get rid of the infection.

It is not advisable to share gonorrhea medication with anyone. Once you are fully cured, you will realize that the treatment is effective in stopping the infection but not repairing the permanent damages by the disease. It is thus recommendable to seek medical treatment for gonorrhea in good time before it causes serious damages to various parts.

If the first antibiotic short doesn’t successfully clear the symptoms of the infection, it is advisable to go back to your health care provider to re-evaluate the situation. The treatment of gonorrhea is becoming difficult each day due to the antimicrobial resistance in the infection. After re-examination, the doctor will then be in a position to guide you on the next cause of action to get rid of the infection.

How long do you have to treat gonorrhea?

If gonorrhea is treated early enough, it may not cause any long-term problems. However, untreated gonorrhea can lead t a number of complications that will make the treatment process quite difficult and long. Immediately after diagnosis, the initial treatment is initiated which involves the use of antibiotics. During the treatment period, you need to ensure you take the medication as prescribed by the doctor and abstaining from any sexual contact within seven days. If symptoms are still available after the 7-day period, you will need to revisit your health service provider for re-evaluation.

If you do not get gonorrhea to treat in men and women, it could result in more serious and permanent health problems that are difficult to reverse such as pelvic inflammatory disease in women that causes ectopic pregnancies, infertility, long term abdominal pain, and blocking of the fallopian tubes among others.

In the case of men, this bacterial infection can cause a lot of discomfort and pain in the tubes attached to the testicles sometimes leading to sterility in the case of gonorrhea treatment in men is not initiated and the right medication administered as soon as possible. In a worse scenario, not quite common, the bacteria may spread to your bloodstream and joints directly endangering your life. Besides, untreated gonorrhea may also increase the chances of getting infected with other serious infections such as HIV- a virus that causes AIDS and that does not have any cure.

Gonorrhea, just like all other STIs, can be quite shameful and stressful. In order to prevent them, you need to exercise safe sex using a latex condom, abstaining, or remaining faithful with your one partner. Cases of many sexual partners are what make it difficult to deal with the various sexually transmitted diseases once and for all. If you are already experiencing any sign of gonorrhea, seek immediate gonorrhea treatment from a nearby medical health service provider that will prescribe the right medication for you. In case the symptoms don’t improve after a couple of days after receiving the shot, you need to re-visit your doctor for re-evaluation and guidance on what to do so as to get rid of the infection completely.

Despite the fact that gonorrhea is considered a curable infection, the disease is rapidly becoming resistant to various antimicrobials. This makes it difficult to treat the infection. Abstinence, faithfulness, and having safe sexual contact are the only sure ways of getting rid of the infection. Always stay safe.