What Are The Signs Of Gonorrhea Infection In Men And Women?

Gonorrhea is a bacterial infection spread by sexual contact. A short summary of the most common gonorrhea symptoms in men and women from Consumer Health Digest.
Michael Wight

Gonorrhea is a common sexually transmitted bacterial disease only treated with strong antibiotics. However, if the treatment is not administered in good time, it may lead to more serious health problems.

The funny thing with this infection is actually the fact that symptoms may not be evident as soon as possible especially in women who may feel completely fine such that they may never seek medical attention as soon as they are infected.

Early diagnosis and STD testing are thus very crucial to determine when one has been infected and the best treatment administered immediately to get rid of the infection.

Normally, the infection takes around 2-5 days for symptoms to appear. However, as mentioned earlier, this may take up to 30 days or even more.

How can you tell if you have Gonorrhea?

As mentioned above, gonorrhea may not always show symptoms as soon as one gets infected. However, any signs of the infection listed below should prompt you to get tested as soon as possible.

Sometimes the symptoms may appear to be so mild that individuals who have contracted it may not be in a position to notice the infection. Many people on the other hand mistake gonorrhea symptoms with other infections such that they don’t realize that they are suffering from this serious menace.

There are actually many symptoms of this disease including but not limited to. 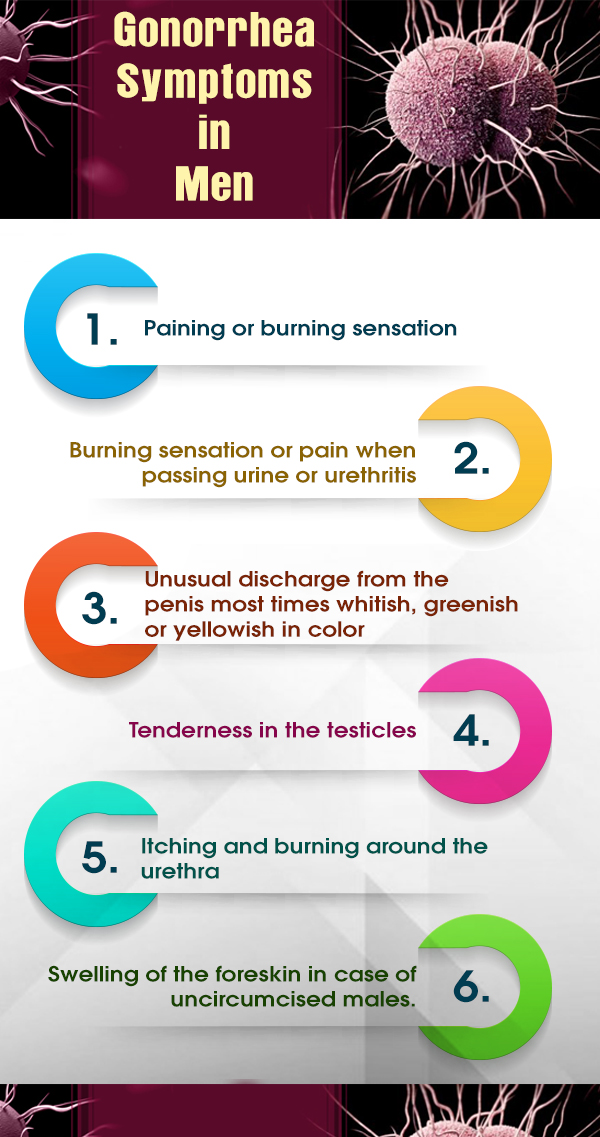 Gonorrhea in men may not be detected early enough since the symptoms take longer time to show unlike. The following are some of the common signs of gonorrhea in men:

If these symptoms are not detected and the infection left untreated for long, it may lead to more serious complications such as intense testicular or scrotal pain usually referred to as epididymitis.

Gonorrhea in women may take longer times before it is detected and when symptoms start showing, they are extremely mild that they can be confused with other conditions.

This means that it may take long before infected individuals seek medical attention thus giving room for the infection to spread to various parts of the body like the uterus and fallopian tubes causing Pelvic Inflammatory Disease which may cause infertility in women as well as ectopic pregnancies.

In order to keep this infection at bay, you need to consider regular gonorrhea testing as part of the STD screening. The following are some of gonorrhea symptoms in women:

Other Symptoms of Gonorrhea

Some of the symptoms of this condition include, joint pain or arthritis, rashes, and inflamed tendons.

What does the Discharge look like when you have Gonorrhea?

The most common sign of gonorrhea is an unusual discharge from the vagina and the tip of the penis.

Though some discharges are known to be common especially in ladies, when the discharge coming out is yellowish, greenish, and whitish, chances are high that you have an STI especially gonorrhea.

It is for this reason that you need to always monitor the color of your discharge at all times.

Any time unusual colors are noticed, it is advisable to immediately seek the help of your doctor for testing and treatment before the condition spreads to other parts of the body causing other serious complications as earlier discussed.

This STD caused by Neisseria gonorrhoeae bacteria may be hard to tell how it looks like due to its ability to remain in a silent or no symptoms state for long.

However, the condition is characterized by unusual yellowish/greenish/whitish discharge from the tip of the penis or vagina among other symptoms listed above.

The discharge usually has some strong odor which is unusual from the normal smell of the normal vaginal discharge which is clear and odorless. 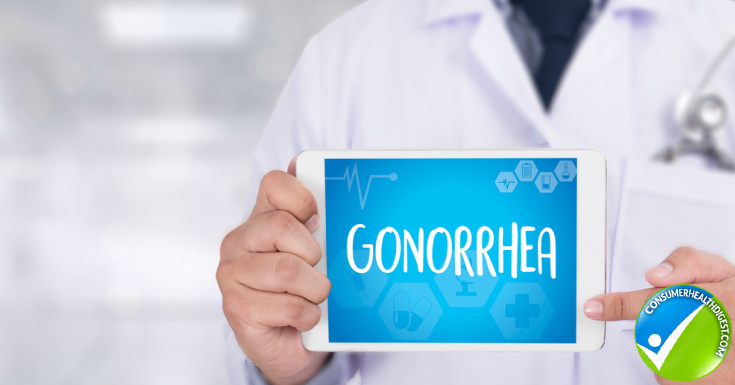 This condition is usually treated using antibiotics which are prescribed by your doctor. This, of course, should happen immediately you are diagnosed and the infection tests positive.

In order to get rid of this infection completely, it is advisable for you to be accompanied by your partner to get screening and treatment to avoid re-infection.

After the dose administered, you are advised to avoid sex for at least seven days and the symptoms would have gone away.

Many people have actually been infected with gonorrhea but due to the fact that symptoms may never show up soon, they end up not getting early treatment which then means they are contagious and can spread the infection.

Until you are tested and treated for gonorrhea, you remain to be contagious and this may have huge health consequences.

The only sure way you can avoid getting infected with gonorrhea is by having both you and your partner frequently tested and treated before having sex or using protection.

Maintaining one partner is also a good way to minimize the chances of getting infected.

In the case, you are infected and early signs like unusual discharge, seek medical attention to get the antibiotics that will help you to get rid of the infection.

Gonorrhea is one of the earliest known sexually transmitted diseases. Though it is considered curable, some research indicates that the bacteria are developing resistance to common antibiotics used in treatment.

In case you have received the antibiotics single dose and realize that the signs of the infection are not going away, you need to revisit your doctor for further examination and treatment.

Any sexually transmitted infection is considered a shameful experience making many people not seek medical intervention as soon as they realize the first signs.

However, if you intend to live a happy and healthy life, put everything aside and get tested as soon as you can and get the treatment in time to avoid the infections from spreading into other parts of the body causing many other health complications.

You may also consider getting frequent tests when no gonorrhea symptoms listed above are witnessed.

This is because you may be infected with gonorrhea and the symptoms remain silent such that you may not be in a position to detect the infection by your physical observation.