Maybe you have heard or read somewhere online that cell phone radiation are listed as one of the most common causes for this serious yet very common problem nowadays.

Well, whatever the reason that brought you to our article is, we are here to explain it! Before we proceed to explain the stories about mobile phones being listed as common causes for Erectile Dysfunction, let’s review what this condition really means and how serious it is.

Erectile Dysfunction, also known as impotence, is represented as an inability to maintain an erection during intercourse. There are different causes for this condition – e.g. heart disease, stress, obesity, hypertension, diabetes and etc.

But, do mobile phones really take part as causes for this common condition among men? Find out in our article!

Our Thoughts on Mobile Phone Radiation as Cause for Erectile Dysfunction

For a long time now, there have been many rumors about the danger of mobile phone radiation. It is no secret that mobile phones have been listed as one of the most common causes for a serious condition as Erectile Dysfunction is.

But the question remains – are those rumors true? Well, it is one thing to have a theory, but it is a whole other thing for that theory to be proven! Well luckily for us, we succeeded in finding a study that could help manage our thought on this topic.

A study published in the Central European Journal of Urology succeeded in proving this so-called theory by presenting a direct link between mobile phone radiation and Erectile Dysfunction and although there is a need for further researchers on this topic to be done, the results are pretty frightening. 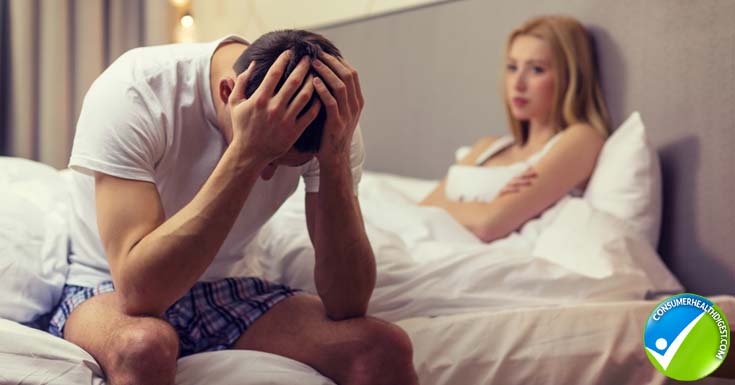 The founders of this study consider this as a small sample and in order for this theory to be fully proven there is a need for a bigger sample – a bigger number of people to take part in this study.

However, this study is frightening enough for those who have read it to make them consider a significant distance apart from their mobile phones.

You May Also Want To Read – Should You Check Your Smartphone Before Going To Bed?

What can you do?

Mobile phone radiation has been considered to cause a decrease in sperm count, sperm mobility and changes in sperm morphology.

In fact, these findings are the ones which caused the rumors to spread in the first place. We understand how mobile phones can take such a big part of your life.

Just take a look around and you will see a number of people currently using their mobile phones! But, is it worth it?

We are not saying that you would need to forget about your mobile phone completely but leaving it switched off during the night and decreasing the time that you spend using your phone can really make a difference by decreasing the risk of not only Erectile Dysfunction but for a number of other problems as well.

We know that most of the men choose their pockets, especially their front pockets, as a place to leave their mobile phones through the day.

Another thing that you could do is to at least leave your mobile phone in your back pocket and away from your genital area.

We leave you to think about this topic on your own after reading our article and the study that honestly frighten us!

Maybe you have heard or even experienced Erectile Dysfunction, either way, the fact that this is a serious condition remains.

This is not only a serious condition, but it is also a very common condition among men. Being a serious and common condition as it is, you need to do everything that there is to decrease the risk and forget about your phone for a couple of hours a day could really make a change according to a study that we recently read online.

You may be familiar with the rumors spreading around that cell phone radiation is listed as a cause for Erectile Dysfunction, among other problems, but the fact is that this is no longer just a rumor!

Although there is a need for further researches to be done on the same topic, we think that this article speaks for itself as the results are frightening enough!

All that you have to do are a few changes for a healthier life in return. Do not hesitate to change your everyday life!

You may Also Want to Read What’s The Linked Between Impotence And Osteoporosis?