Vydexafil is made to support you in achieving larger, firmer, and more sustained erections. You may get the outcomes you desire with plenty of scientific evidence to support it by increasing the amount of blood flowing through your body and by elevating your testosterone levels.

It’s understandable that a man’s sexual performance can take a nosedive as they age; some would even say that it is inevitable. That doesn’t help any guy’s confidence though, which is why most of them will resort to almost any means to keep their sexual prowess intact, or perhaps even take it to new heights. This dilemma resulted in the boon of male enhancement supplements, made from different combinations of clinically proven (or not) ingredients that promise to revamp your sex drive and remedy all kinds of sexual dysfunctions.

Vydexafil is one such male supplement. Made with men struggling to improve their sex lives in mind, it promises to supercharge your sexual performance like in the old days…or your money back, guaranteed. 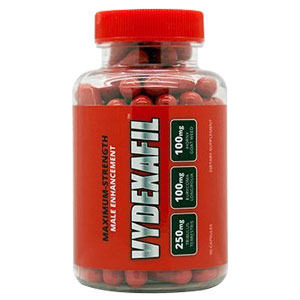 How Does Vydexafil Work?

The mechanism of Vydexafil is generally the same as its competitors. It promises to result in harder erections, longer and sturdier penises, longer-lasting sex, and increased libido. It is also made of natural ingredients so you won’t have to worry about any side effects.

Vydexafil Ingredients – Are they Safe & Effective?

The official website has a complete list of its ingredients including dosage information (provided of course that they did mention everything). It claims to be made of six natural ingredients, all considered natural and potent aphrodisiacs. Here are three of the key ingredients: 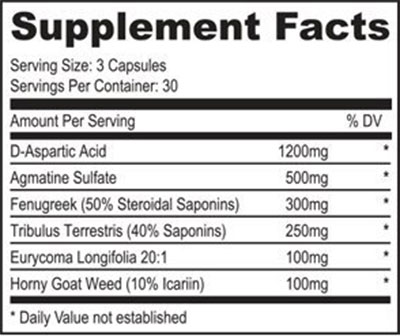 : An amino acid found in the hypothalamus, pituitary gland, and testes. Studies have shown that it can effectively boost testosterone levels, enhancing sexual stamina and performance[1].

: A product of broken-down L-arginine, a natural and powerful vasodilator. Although recently, experts are starting to believe that agmatine sulfate can surpass even L-arginine in terms of nitric oxide production, causing improved penile size, erection quality, and duration[2].

: An aphrodisiac thought to be capable of increasing testosterone levels. It also has Viagra-like properties that can help increase nitric oxide. levels[3].

Q: What Are The Precautions Taking Before Vydexafil?

A: You’d first want to check in with your doctor before trying any male supplement, especially this one since you have to take three capsules every day. You’ll most probably not be cleared for Vydexafil if you have been having heart problems, or blood pressure irregularities or are currently under Viagra. You’ll also need to monitor yourself for any allergic reactions such as flushing, palpitations, and difficulty breathing. While so far there has been no complaint about Vydexafil causing side effects, it doesn’t hurt to be careful.

Q: What Is The Dosage Of Vydexafil?

A: Three capsules of Vydexafil are to be taken once a day with 8-12 ounces of water, preferably on a full stomach if you easily get stomach upset. For immediate results, consider taking it one to two hours before intercourse. Manufacturers suggest making Vydexafil a daily part of your dietary routine.

Q: What Is The Cost Of Vydexafil?

A: The official website sells Vydexafil at $39.95 a bottle, which is actually quite affordable. It also offers discounts on multiple bottle sales, with $79.95 for two bottles plus a free bottle of Xtreme HGH, another male supplement, and $109.95 for three bottles plus three free bottles of Xtreme HGH. There is a flat rate of $4.95 shipping fee rate for US-only orders, though this fee is waived when you order multiple bottles.

You can also read these similar product reviews before making your decision Xcitrex, Xcitrex, Xenocil .

The Final Words on Vydexafil

As a whole, Vydexafil doesn’t do so badly, but it doesn’t particularly stand out either. While the D-Aspartic acid content is quite impressive, the rest of its ingredients leave much to be desired. The lack of independent user testimonials is also a bit of a concern because this usually happens when either a product is very good or when the product isn’t noteworthy enough to comment on. Availing of this product would ultimately be at the buyer’s discretion, although if you would ask us, we’d rather you steer your way towards other tried and proven alternatives. 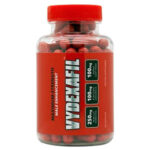