Rhino 24K is a male sexual enhancement supplement composed of organic ingredients. It may increase testosterone levels, and it promises to boost libido and performance, decrease premature ejaculation, and promote harder, stronger erections.

There isn’t a lot of information about the manufacturer available, but it’s for sale from other retailers and is reasonably priced. 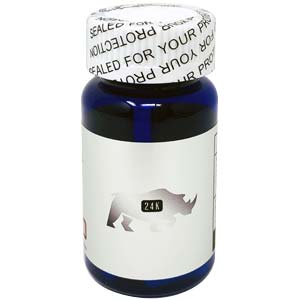 There are a number of ingredients which may stimulate levels of nitric oxide in the body, improves circulation all over – including to the penis. The added blood flow could lead to harder, stronger erections, and make you temporarily appear somewhat bigger.

An article in Cardiovascular Research explored the relationship between nitric oxide, erections, and vascular disease [1].

Rhino 24K may raise levels of testosterone in the body, which could increase sexual arousal as well as stamina and overall performance. This could help to alleviate premature ejaculation. In addition, it may help boost muscle mass and strength.

A study in the Journal of Clinical Endocrinology and Metabolism concluded that there was a strong relationship between testosterone levels and libido in aging men [2].

This formula contains anti-inflammatory agents which could decrease swelling in the body, possibly improving gut and heart health.

It includes antioxidants which could abolish harmful free radicals and lessen oxidative stress. This may promote healing and repair in the body, and may strengthen the immune system.

These are some of the primary active 24k Rhino pill ingredients:

This is fungus that live on caterpillars in the mountainous areas of China. It could improve blood flow, leading to harder, stronger erections. There’s also some evidence that it could increase sexual libido and stamina.

It may also enhance sperm production and improve general reproductive health. A review in Journal of Food and Drug Analysis found that Cordyceps Sinensis may enhance male reproduction [3].

These are berries which have potent antioxidants, and could strengthen the immune system and promote healing in the body. There’s some evidence that it could raise levels of testosterone in the body, boosting libido and sexual stamina.

It may also help boost muscle mass and strength. Goji may also improve blood flow to the penis and enhance erections. A study on rats in the World Journal of Men’s Health found that goji improved erectile dysfunction due to its antioxidant effects [4].

Ginseng has powerful antioxidants which promote healing and repair in the body in general, and can strengthen the immune system. It has pain-reduction benefits and could promote brain health.

It contains bioactive compounds called ginsenosides which may help make erections harder and stronger. An article in Cochrane Library discussed the use of ginseng for the treatment of erectile dysfunction [5].

A: The recommended dosage is one capsule about an hour before you plan to have sex. Drink at least 16 ounces of water when taking this product. Do not consume more than one capsule in a 60-hour period for any reason. Take at least an hour apart from other medications.

A: As there doesn’t seem to be an official product or manufacturer’s website, they likely do not offer a return policy. However, there are other retailers who offer 24k Rhino and they should each have their own individual policy or guarantee.

A: The promise from retailers is that it has long-lasting results and may continue to have benefits for up to 7 days, and presumably this information comes from the manufacturer although it’s not completely certain.

A: While there doesn’t appear to be an official site, this supplement is for sale from a few retailers online. Apparently you may also find this product and brand in a number of gas stations, and perhaps other stores. The price varies from approximately $12-14 depending on the retailer.

Q: What Sets It Apart From the Competition?

A: The selection of ingredients in Rhino 24K is quite unique compared to other male sexual enhancement products on the market. While some of the typical ingredients are missing, they have included others that may be effective.

Q: What Do the Reviews Say?

A: The Rhino 24k male enhancement pill reviews offered a range of opinions. There were users who said the supplement worked extremely well for them, in terms of boosting libido and strengthening erections.

However, there were also men who said it did very little for them and was not really worth buying again. Here are some of the customer comments, to give you an idea if what users think of this supplement.

Not Bad, Not Great

Been taking this for a couple of weeks, and have noticed some benefits. It does increase arousal, and the sex is better on the whole. However, was expecting much more powerful results. Kind of disappointed. Probably will not buy again. – Dan B.

Take it in the morning before needed and the results are great for us. It takes about an hour to work, and you have to drink a lot of water. – Kevin

Does a Decent Job

Does give me harder erections and improve performance. There may be better supplements out there, but this one works fairly well. Pretty good but not sure if it’s worth a repurchase. – Gavin

24k Rhino male enhancement supplement may increase testosterone levels, and it promises to boost sexual libido, performance, and stamina. It also aims to eliminate issues like erectile dysfunction or premature ejaculation. There’s no official site for the product, and some describe it as a ‘gas station supplement’.

The 24k Rhino pill review posts had a mix of good, poor, and mediocre reviews. There were some men who said they got great sexual benefits, while others said the results were very disappointing. Users were happy with the low cost, but some still questioned whether they would repurchase.

This product contains organic ingredients, but some of them could lead to mild potential side effects. If you have unpleasant symptoms, stop taking this product immediately. Prior to starting this or any other new supplement, make an appointment with your physician and get medical approval. 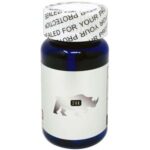