What is Quick Extender Pro?

With social media trends setting high expectations for men, up to 45% are now reported to be unhappy with the size of their own penis. In reality, the average size of an erect penis measures between 4.7 and 6.3 inches[1].

This means that the thousands of guys bragging about a 10 to the 12-inch penis on internet forums are most likely only spreading unrealistic expectations, instead of facing the reality of the situation.

Unfortunately, all of these trends have created a feeling of insecurity in a large number of men, who are now seeking a way to enhance the size of their penis.

The Quick Extender Pro system aims to provide men an effective, yet safe measure to accomplish this task without damaging the tissue in their penises.

The system is designed and manufactured by Quick Extender Pro Corporation, situated in New York.

The company behind this system claims that the combination of products included in their system will enhance the size of the male penis without damaging or put too much force on the penile tissue.

They also claim that their medical-grade extension bars can provide a length enhancement to a total size of 16 inches when a potential user buys their deluxe limited edition version of the system.

It is important to realize that Quick Extender Pro is an entire system that includes numerous products to work in combination. By using all of these products in combination, men can experience an enhanced erect penis size within a relatively short period of time. Following are the list of products:

The first product included in the system is the official Quick Extender Pro Device. Their official device is based on the science behind penis traction techniques and promotes the growth of cells within the penile chambers. The device also incorporates DSS comfort technology to ensure that the procedure is conducted in a safe, painless and natural manner. The end result is an enhancement in both girth and length of the penis.

As part of the Quick Extender Pro system, an additional male enhancement formula is included to further compliment the system. The aim of these supplements is to improve blood flow towards the penis so that more blood can flow into the two main penile chambers when an erection occurs.

When an excess amount of blood is pushed into these chambers, the blood vessels expand, which often leads to a long-term enlargement effect. The Rizer XL supplement includes a variety of natural herbs that have gone through extensive medical research to prove their effects on the sexual performance of male users. The ingredients include:

It is important to follow the included directions carefully. Due to the strategy used in the system, not following the guidance included thoroughly may lead to penile tissue damage, which could often cause additional symptoms to develop. The supplements contained in the package should also be taken according to the included dosage instructions.

With the rise of the internet came the rise of many “conspiracies”. This often leads people to assume things are correct when stated by a large number of people on the internet, when, in reality, there is no scientific proof to back these facts up.

The average penis size is one such a fact that is often claimed to be much bigger than what it really is. This leads many male individuals to seek a way to enhance the size of their penis. Quick Extender Pro is a system that promises to enlarge the size of a man’s penis without damaging the penile tissue.
Nevertheless, you must calculate your risks and check other male enhancement product options before you get your hands on this product.

Quick Extender Pro can be purchased through their Official Website. 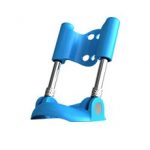