Nexus Pheromones is a body cologne specially designed to be used by men who want to improve their social and even sexual life. It enhances the fragrance of your natural pheromones making you more attractive to women. It increases confidence and eases you up when meeting with strangers from the opposite sex. 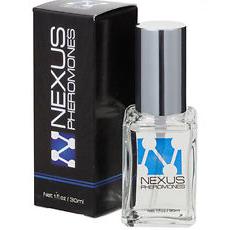 Nexus Pheromones is available for ordering online from the manufacturer’s Official WebSite and a few other online retailers. The manufacturer offers customers with packages of varying prices which include:

Nexus Pheromones is manufactured by the company Leading Edge Health, Inc. this is a Canadian based company that was founded in the year 2010. It specializes in making supplements, beauty, and health and nutrition products and distributing them to consumers from all corners of the world.

This manufacturer claims that Nexus Pheromones is a safe product that can be sprayed on skin without causing harmful reactions. They argue that it is free of harmful ingredients and preservatives that cause irritation or produce a bad odor. They allege that it will give instant results that will last for up to 10 hours or longer.

Nexus Pheromones works by use of compounds that add to the man’s natural pheromones fragrance. It reaches a woman’s nose and sends signals to her brain. Positive information about you is sent to her mind, and her ovulation cycle is altered making her more attracted to you.

The pheromone compounds used in Nexus Pheromones include:

Nexus Pheromones shows the ability to make a man attractive to the opposite sex. It enhances masculinity prompting women to have a positive response as they become more interested in the man.

The Advantages of Nexus Pheromones

The Disadvantages of Nexus Pheromones

How do I Use this Product?

Spray Nexus Pheromones behind your neck, chest, wrist, or any other pulse point on your body.

What are the Precautions When Using this Supplement?

How Long Before I see any Improvements?

Results after using this spray vary as there must be women near you.

It may cause a skin rash.

Nexus Pheromones is a body spray designed for use by men older than 18 years and who want to expand their sexual and social life. It will make you feel and look attractive to women making them reach out to you and even flirt.

It will show your powerful and masculine side to women making you irresistible to them. It will stimulate sexual chemistry and increase your levels of confidence, enabling you to approach them and start a conversation. It is said to carry its effects for up to 10 hours before they wear out.

Going by these and other benefits it is offering the user with; some men might end up embracing this spray. We do advise all users to research on it and get enough details about it, how it works and if there are adverse reactions that it can cause.

As there are other similar products available for purchase from other manufacturers, users should compare their prices and make sure the compounds used are safe for use and will deliver as the maker alleges. 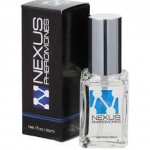