What Is Force Factor SCORE!?

As a male enhancement supplement, Force Factor SCORE! promises to help men live up to expectations for physical and sexual performance. Not only are men expected to perform in these areas; they are also under pressure to perform at work and provide for their families. While young men may be able to easily live up to these expectations, the reality is that as men age, their bodies may change, making them less able to perform. Force Factor SCORE! contains ingredients that promise to help men continue to perform their best as they age.

The Basics of Force Factor SCORE!

Force Factor SCORE! is made of ingredients that are formulated specifically to increase a man’s stamina and endurance. The makers of the product promise that their formula can increase sexual arousal, improve libido, and increase endurance so that men can perform their best sexually. It contains ingredients that are thought to dilate the blood vessels, making for better sexual performance, as well as ingredients that enhance libido.

How Does Force Factor SCORE! Work?

Force Factor SCORE! works by containing a blend of ingredients that are thought to dilate the blood vessels, in order to increase blood flow to the extremities for a harder erection. It also includes ingredients that are believed to improve libido, to increase sexual arousal and desire, which can dip as men age, or even when they experience stressors throughout life.

A Force Factor SCORE! review requires a thorough examination of the ingredients in this product, which include the following: 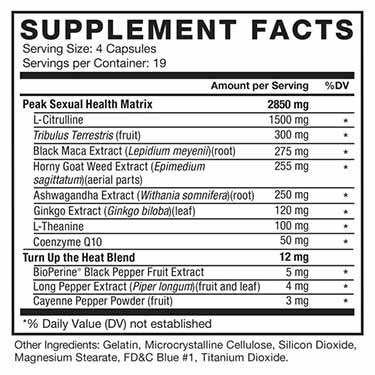 The science behind the Force Factor SCORE! The ingredients are imperfect. There is some research supporting the use of L-citrulline to increase nitric oxide and improve symptoms of erectile dysfunction, but the study was conducted with men who had mild erectile dysfunction symptoms. Tribulus Terrestris has been found to have mixed results, with some studies showing that it increases testosterone levels, and others finding that it does not. Black maca has been found to increase sexual desire, whereas horny goat weed and black pepper extract have been found to be beneficial, but only in animal studies. There may be some benefits of Force Factor SCORE!, but it is not reasonable to conclude with certainty that this product will work for everyone or have significant benefits.

The Benefits of Force Factor SCORE!

Based upon what is known from research, Force Factor SCORE! may have some of the following benefits, but it is important to remember that some of the science behind the product is based upon animal studies, which may not apply to humans:

Consumers may have some of the following questions about Force Factor SCORE!:

Q: How much does Force Factor SCORE! cost?

A: Force Factor Score! is available at mass retailers like CVS for just over $30 for a 19-day supply. Some retailers, including Amazon, tend to offer the product at a cheaper price, just over $20.

A: Force Factor SCORE! is a capsule that is taken by mouth. The serving size is four capsules per day, and all four pills are to be taken at once, a half-hour prior to activity or a meal.

Q: Does Force Factor SCORE! have side effects?

A: Some of the ingredients in Force Factor SCORE! can lead to gastrointestinal side effects, including constipation, diarrhea, and upset stomach. Some users may experience dizziness, thirst, dry mouth, or headache with the supplement.

A: This product cannot change the size of your body, but it may treat erectile dysfunction symptoms, helping you to maintain a harder erection during sex.

What Do Consumers Say About Force Factor SCORE!?

On the whole, Force Factor SCORE! tends to get just under four out of five stars in consumer reviews. Some users report positive effects, such as an improvement in sex drive that even their partners noticed. There are a handful of five-star reviews, in which consumers indicate that the product clearly worked, whereas some users report only a slight improvement in their sexual performance.

On the other hand, about a quarter of consumer reviews give the product only one or two stars, claiming that the product does not work and is a waste of money. Force Factor SCORE! may not work for everyone, but there are some studies supporting its ingredients, and some consumers do find it to be effective for improving their sex lives. 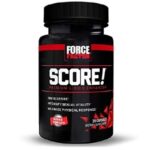