What is ELF Studio Lip Primer and Plumper?

If you want to have primed and plump lips then the product to be reviewed may be perfect for you.

ELF Studio Lip Primer and Plumper is formulated to offer lasting lip color and sexy, plump lips. The primer creates an excellent base for lip color without budging or smudging in a pigment that lasts all day long.

It is scented with a slight hint of cinnamon that helps give a subtle tingle for plumper lips. The two in one cosmetic product for the lips is being sold for around $3.

The lip plumping effect is very minimal and it doesn’t last long so you have to keep re-applying after an hour or so. For around $3, ELF Studio Lip Primer and Plumperdelivers what you pay for.

Apply the lip primer on bare lips and blend it in to help maintain lip color all day. Use the lip plumper sparingly on top of the primer or color.

It can be used alone as well. Remember that the lip plumper contains natural cinnamon extract which stimulates blood flow to the lips for fuller, plumper lips.

It normally causes a slight tingling sensation but if it causes unbearable pain wash it off and discontinue use.

What are the Pros of ELF Studio Lip Primer and Plumper?

What are the Cons of ELF Studio Lip Primer and Plumper?

Is It Safe To Use?

The lip primer and plumper is generally safe but some individuals may be sensitive to any of the ingredients like cinnamon extract which is a known skin irritant.

After taking a very close look at ELF Studio Lip Primer and Plumper, it appears to be a good product worth trying, as it’s inexpensive and has several positive features.

The two-in-one product delivers good value for money but some feedbacks from people who have tried it say it causes a painful, stinging sensation.

On the other hand, the plumping effect is not very considerable and this product only delivers a temporary plumping effect. You may also check out other products such as Nu Skin PowerLips Fluid and PMD Kiss.

When it comes to choosing any kind of product, many consumers are concerned about the product’s effectiveness and safety. The same goes for choosing a lip plumper. Of course, you need to find products that work so that you won’t be wasting your money. You also need to make sure that the lip plumper is completely free from side effects since many products contain harmful ingredients that may cause irritation, severe allergic reactions and other side effects. Scrutinized and reviewed by experts, we have rated the most effective lip plumper for our valued readers. 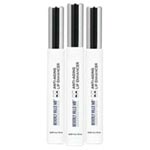 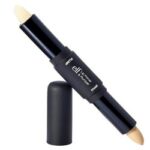