World Lupus Day – Let’s Get Together to Raise the Awareness! 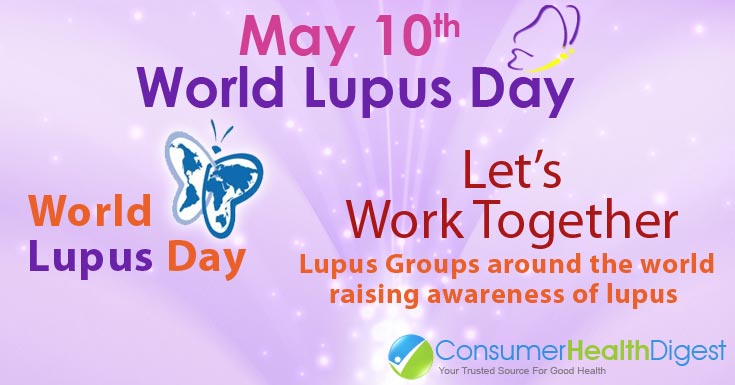 Lupus or Lupus Erythematosus is a chronic inflammatory disease that is a result of attack of the body and organs tissues by the immune system.

Lupus history can be divided into three periods:

The history of Lupus during the classical period was reviewed by Cyr and Smith in 1988. A number of things were derived during this period including the term lupus, the clinical description of the cutaneous lesion of lupus vulgaris, discoid lupus, lupus profundus and the photosensitive nature of butterfly rash.

Lupus is a Latin word meaning wolf and the word is attributed to a thirteenth century physician called Rogerius who used it to describe the erosive facial lesions that looked like wolf bite.

The lesions are not described as discoid lupus and were described by Cazenave in 1833 when the term ‘erythema centrifugum’ and the butterfly rash were discovered by von Hebra in 1846.

The work of Osler in Baltimore and Jadassohn in Vienna in 1904 firmly established the existence of disseminated form of lupus. In the next thirty years, pathologic studies researched on the existence of non bacterial verucous endocarditis also known as Libman-Sacks disease and the wire-loop lesion in people with glomerulonephritis. The observation during the autopsy led to the construction of collagen disease which has suggested by Kemperer and colleagues in 1941. 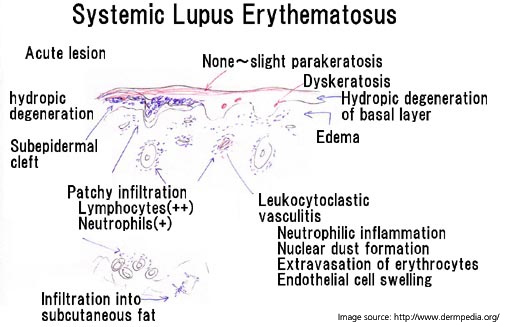 The discovery of LE cell by Hargraves and colleagues in 1948 marked the modern era of history of lupus. It was observed that the LE cells in the bone marrow of individuals with acute disseminated lupus erythematosus and found out that the cells is a result of phagocytosis of the free nuclear material with a resulting round vacuole which contains partially digested and lysed nuclear material. It was this discovery that resulted to the present application of immunology to study systemic lupus erythematosus. This enabled the diagnosis of people with milder form of lupus.

The Lupus Foundation of America has been at the forefront in creating awareness about lupus.

The Lupus Foundation of America has nearly 300 chapters and support groups nationwide. Other organizations and charities that support the lupus awareness in America include Alzheimer’s Association, Back on my feet, Born This Way Foundation, America Foundation for AIDS Research, Artist for Peace and Justice, Book Aid International, The Trevor Project, Will and Jada Smith Family Foundation and many others.

Several celebrities and people have come out to support lupus awareness in America some of these people include Julian Lennon; a Global Ambassador for lupus, Lady Gaga, Daniel Radcliffe, Mercedes Scelba, Natalie Modes, Tomiko, Whoopi Goldberg and Nicki Cannon.

World Lupus Day is associated with color purple and you can show support by wearing purple clothes or buying special wrist band with a phrase ‘Help Us Save the Cruel Mystery’.

Which vitamins are good for joints and bones is the demanding question nowadays; as per Projoint Plus Reviews it is working effectively over the stiffness and joint pain. It is consist of required vitamins to keep the joints healthy.