Chronic leg pain and backache are one of the most common reasons why people are dependent on addictive analgesics which also have harmful effects on the body. However, the US Food and Drug Administration (FDA) has recently approved a revolutionary and innovative device in the line of pain relief. This pioneering product is named as the Stimwave Freedom Spinal Cord Stimulation (SCS) which involves the insertion of a microchip to the body in order to provide pain relief. 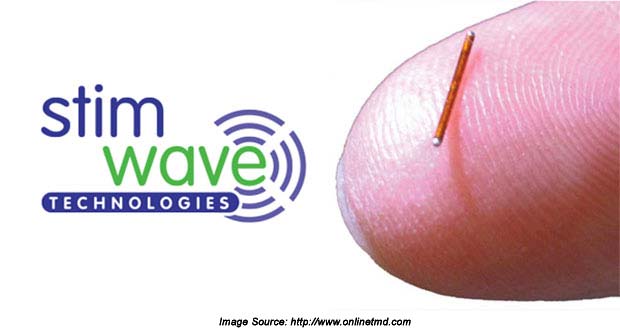 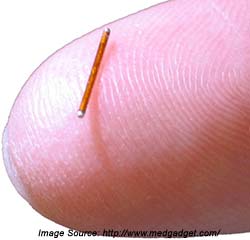 Spinal cord stimulation or neuromodulation has been approved for more than 30 years by the FDA as an effective treatment for treating chronic forms of pain. A small device is usually inserted into the body to stimulate the peripheral nerves or the spinal cord itself to alter the pain signals thus providing effective, quick, and efficient pain relief. However in the past, neuromodulation involves the surgical insertion of a bulky device, its wire connections, and a power source (like batteries of a pacemaker) into the body thus making the procedure very complicated, risky, and time-consuming. This form of devices also puts the patient at risk for complication like infection and device failure.

The Stimwave Technologies Incorporated have eliminated these risks by developing an injectable microchip that only measures 2 to 11 centimeters thus the device can be implanted with the use of a standard gauge needle. This technology eliminates the risky procedure of insertion that has been practiced in other neuromodulation devices. Since the product can be injected through the use of a needle, the insertion of the device is a much favorable experience as compared to when other bulky devices are used. The detailed benefits of using Stimwave Freedom Spinal Cord Stimulation (SCS) are detailed as follows:

We Recommend: ISP: The Future of Spinal Cord Injury Treatments

You might be wondering how this tiny device will help reduce chronic leg and back pain. The answer lies in the technology of neuromodulation. The tiny microchip device delivers minute energy pulses to the surrounding nerves which will stimulate a reaction that enables the brain to remap the exact pain signals thus providing quick, effective and efficient pain relief. Using implantable devices especially as sophisticated as this technology drastically reduces the need for pain relievers to almost nothing. Since spinal cord stimulation directly targets the nerves in the central nervous system which governs all functions in the body, this microchip technology is no doubt the answer people suffering from chronic pain has been waiting for.

People also search for >>
Joint Supplements Vs Surgery
Projoint Plus
Omega XL
Best MSM Supplements
Best Joint Pain Supplements
Relief Factor
Top Glucosamine Supplements For Arthritis
The Stimwave Freedom Spinal Cord Stimulation (SCS) device is already being used in Europe by people suffering from chronic pain and with the recent approval from USFDA, the product is set to be commercially available in the United States by January 2015. Its release in the US Market will change the lives of people that have been long suffering from chronic leg and back pain.

However, it seems like it will take forever for Stimwave Freedom Spinal Cord Stimulation (SCS) device to come down in the market. Even if it does sooner, the procedure will be too exorbitant and risky. If money is an issue, you can always go for cheaper alternatives such as using a joint pain supplement. Have a look at Omega XL which helps to prevent chronic leg and back pain in a jiffy.