Why Are Female Athletes At Higher Risk to Knee injuries?

Researchers from The University of Texas Medical Branch at Galveston have found that female athletes taking birth control were less likely to suffer knee injuries.

The findings were published in Medicine & Science in Sports & Exercise, the official journal of the American College of Sports Medicine. There are many earlier studies linking female sex hormones with the higher frequency of ligament injuries in female athletes.

Knee injuries in female athletes occur mostly to the younger group of athletes due to puberty which leads to an increase in estrogen that weakens the joints and ligaments.

Birth control which stabilizes estrogen levels can help reduce the number of injuries in female athletes as suggested by the research team.

The anterior cruciate ligament or ACL is a ligament that connects the top and bottom parts of the knee.

Injury to this ligament can leave major consequences to athletes in their private and professional lives. Returns to play among soccer players who sustained ACL injury are as low as 49 percent.

Besides this, injuries of the ACL can lead to lifelong problems such as knee instability and early onset arthritis.

Female athletes are two times more likely to suffer injuries to the ACL as seen in a great number of previous studies. The researchers at the University of Texas Medical Branch state that increased estrogen levels are likely to increase the risk of sustaining knee injuries, but this risk can be at least partially reduced by the use of oral contraceptives.

The purpose of this study was to determine if women undergoing ACL surgery were less likely to be using oral contraceptive than the women who did not need reconstructive surgery after the ACL injury. 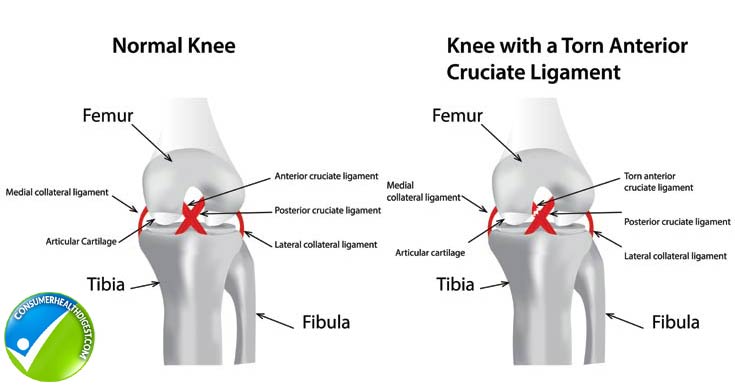 This was a case-control type of study. The researchers used national insurance claims data from the years 2002 to 2012. Women ages 15 to 39 were subjects of the study.

The cases examined were women receiving ACL surgery in the previously mentioned time span. The researchers also examined if there was any prescription fill for oral contraceptives in the period of up to one year prior to ACL surgery. The control group had to match 3/1 of the cases.

The 23,428 of the study’s subjects were young women ages 15 to 19. The study found that women with an ACL injury who were taking birth control were 18 percent less likely to need reconstructive surgery than the women from the same age group who did not take birth control.

This might be one of the reasons why younger female athletes had the highest rates of ACL injuries.

What are the causes of knee pain in females/woman?

Knee pain in women can be attributed to a variety of factors. Younger women are more susceptible to knee pain due to an increased level of estrogen during puberty which makes the joints and ligaments weak.

Also, the spurting growth leads to elongation of the limbs, therefore, the women take time to adjust to the longer limbs.

Must Visit Projoint Plus Ingredients: It helps to treat the underlying cause of joint complications.

Knee pain in female athletes is as a result of the estrogen level rising leading to weak ligaments. The younger groups of runners are not accustomed to using the contraceptives which might help in regulating the hormone estrogen and reduce the injuries.

The knee pain may also be attributed to elongation of the limbs which becomes hard to coordinate leading to injuries and pain. 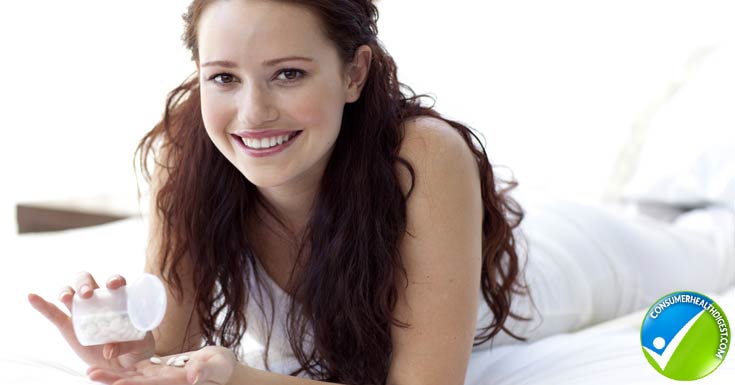 The researchers suggest that estrogen makes women vulnerable to knee injuries by weakening the knees ligaments.

This claim is supported by previous studies that found knee injuries to occur more frequently in the middle of the menstrual cycle when estrogen levels reach their peak. Furthermore, puberty also plays a role in the high rate of ACL injuries in younger female athletes.

According to Aaron Gray, MD-PhD Student and the lead author of this research, the rise in estrogen levels and growth hormone during puberty might also explain the increased frequency of ACL injuries in the younger age group.

Growth spurts lead to sudden elongation of the limbs during puberty, and it takes some time for adolescents to adjust to their longer limbs and develop coordination which might increase their chances of sustaining injury.

This study suggests even greater benefits of birth control for young female athletes as oral contraceptives can decrease the chances of sustain ACL injury.

Women are more likely to sustain knee injuries for several reasons, and one of those reasons seems to be regulated by estrogen. During puberty, knee injuries in female athletes are at the peak due to the sudden elongation of the limbs as well as an increase in estrogen levels.

A rise in estrogen levels can weaken the joint and ligaments making women more susceptible to injuries of the knee.

Oral contraceptives can balance hormonal levels thus decreasing the likelihood of sports-related knee injuries in female athletes. Because injuries of the anterior cruciate ligament can be detrimental to an athlete’s career, it is important to reduce the risks of such injuries.

Researchers from the University of Texas Medical Branch at Galveston believe oral contraceptives are a good option for young female athletes which are the most vulnerable group as far as knee injuries are concerned.

Their findings further support the link between estrogen and its role in joint and ligament functioning.