You need to give special attention if you are suffering from Osteoarthritis & Iron Deficiency Anemia. The first thing you need to do is educate yourself regarding it. That's we brought an in-depth article for you on it.
Evan Jensen, CPT

Osteoarthritis and iron deficiency Anemia are two conditions that seem wide apart yet they may be interrelated.

OA affects the joints or is a condition where the cartilage in between joints degenerates. Iron deficiency anemia is a condition of the blood where the patient has a low count of red blood cells.

From a study that was conducted by eHealthMe, out of the 14158 people with OA, who were interviewed, 91 of them had iron deficiency anemia. From that number 91, 89% of them were above the age of 60. This raises the question of whether age is a risk factor of both OA and iron deficiency anemia or one causes the other. 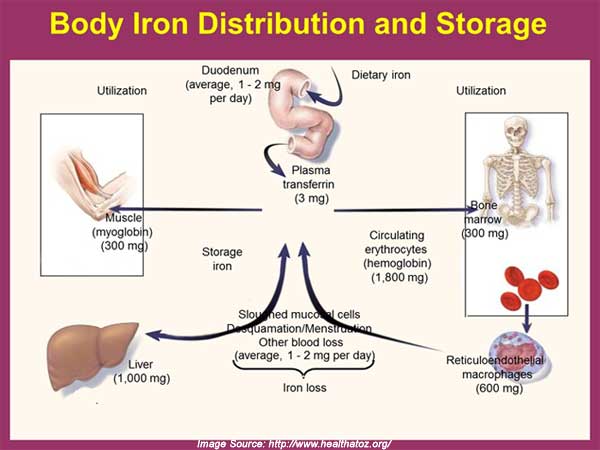 When a person suffers from iron deficiency anemia, the number of red blood cells or hemoglobin in his/her blood is less than required. Red blood cells are in charge of gas transportation throughout the body. Through the lungs lining, red blood cells release carbon dioxide from the body into the that which is then exhaled. They also take up oxygen and carry it to the rest of the body. The oxygen is a vital component for the breakdown of food into energy.

Across the globe, iron deficiency anemia is the most common.

Going with the statistics from Centers for Disease Control and Prevention, iron deficiency tops the list of deficiency diseases in the American population. It is also stated as the highest cause of anemia among the people.

Less Iron in the Diet

When people consume less iron in their diet for an extended period of time, they are at risk of getting iron deficiency anemia. Foods that contain iron include meat, fish, eggs and green leafy vegetables. Iron is an essential requirement for growth and development which is why it should be taken in higher amounts by pregnant mothers and the young at age. 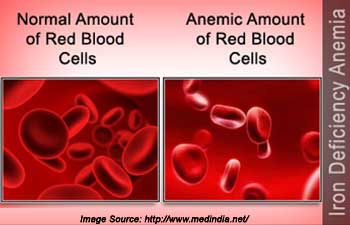 Some health condition makes one to bleed in their internal organs. Stomach ulcers, tissue growths in the intestines or even colon cancer are some of the conditions that see the patient bleeding internally. Some non-steroidal anti-inflammatory drugs taken to relieve pain are known to cause ulcers that are a sure way of losing blood.

Some women and girls have extraordinarily heavy periods that place them at a risk of getting iron deficiency anemia.

Sometimes you may take adequate iron in your diet but the body fails to absorb it into the bloodstream. Some conditions like Celiac disease or surgery of the small intestine tends to decrease the quantity of iron absorbed into the blood. 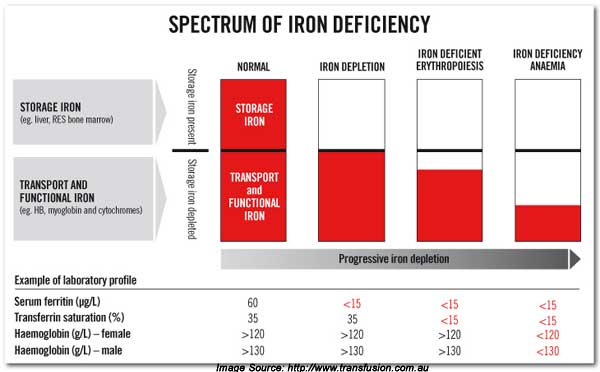 Unless identified in a routine blood test, most people will suffer iron deficiency anemia without their knowledge, and they can move around with it for many days if it is mild. 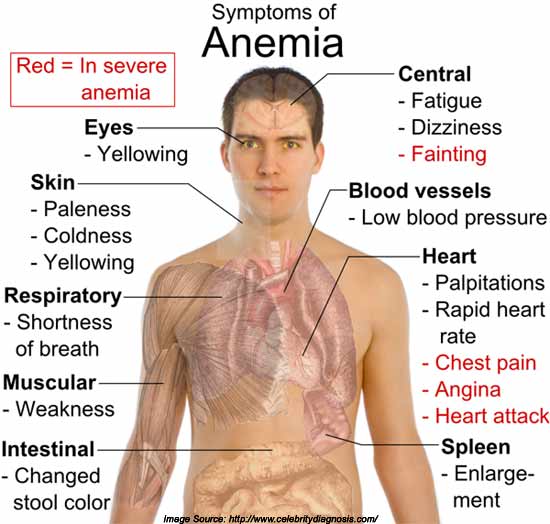 Symptoms may vary from:

A Complete Blood Count is conducted and your doctor determines if you suffer anemia. Further tests may be done to determine whether it may be resulting from other body organs like the liver, kidney or thyroid.

An increased intake of iron-rich foods will help to cover the deficit of iron in your body. Do not take supplements without prior consultation with your physician. Remember taking excess of them is harmful and may bring more complications to your body like headaches, vomiting and joint problems. Each formulation of iron supplements may come with its package of side effects. To suppress side effects, take the supplements alongside meals.

This is a disease of the joints which is characterized by the wearing and tearing of the cartilage that cushions joints. More than 20 million Americans suffer from this condition. 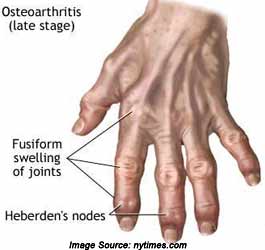 The early stages of OA are characterized by mild pain which is periodical. The pain at this stage may not interfere with one’s daily chores. Some people stay in this stage for a lifetime and the condition never progresses.

Others will see the severe progression of the disease. Age and body weight are the main factors that catalyze the severity of this disease. The condition is not reversible through measures can be taken to help one cope with the pain and discomfort. The main drugs used are anti-inflammatory drugs (NSAIDs) which help to relieve the pain.

Therapy measures like exercises are good too to ease the pain. When the condition has progressed beyond medication response, surgery may be a better option. Nevertheless, if you do not wish to spend a fortune on surgeries, you can always go for non-invasive treatments such as joint pain supplements.

About Osteoarthritis Medication and Anemia

Most of the people who suffer OA are placed on NSAIDs almost their entire lives. NSAIDs have been known to cause peptic ulcers.

Ulcers, in turn, are a risk factor for anemia. Bleeding internally may lead one to develop anemia. NSAIDs cause damage to the stomach lining, but this depends on the dosage prescribed.

When an OA patient develops anemia caused by ulcers, getting advice from the doctor may be the best thing to do. He may advise on the diet to take and even decide on a change of drugs. Ulcers develop over a duration of time and it is wise to consult your physician when you notice its symptoms.

Some of the NSAIDs drugs used to treat OA include aspirin, ibuprofen, naproxen, and diclofenac. Not all people develop ulcers as a side effect of taking NSAIDs.

Don’t get baffled by the plethora options in the market for osteoarthritis. Have a look at Osteo Bi-Flex review to narrow down your choices for the joint pain relief products.