Is There a Link Between Fibromyalgia and Progesterone Deficiency?

Fibromyalgia syndrome is a disease that causes the affected individual to feel chronic pain all over the body. Those with fibromyalgia may suffer from heightened sensations of pain, extreme fatigue, joint and muscle stiffness, disturbance in sleeping, headaches, irritable bowel syndrome, and mental issues such as memory loss and low level of concentration.

Fibromyalgia can also be caused by emotional or physical trauma such as extreme illnesses,obesity, injuries, infections, childbirth, operations, or emotional breakdowns.

Experts believe there is also a genetic factor that contributes to the onset of fibromyalgia.

There is no known cure for fibromyalgia, but common treatment of the sickness includes medication and extensive therapy in order to find the root of the cause of the onset of fibromyalgia. 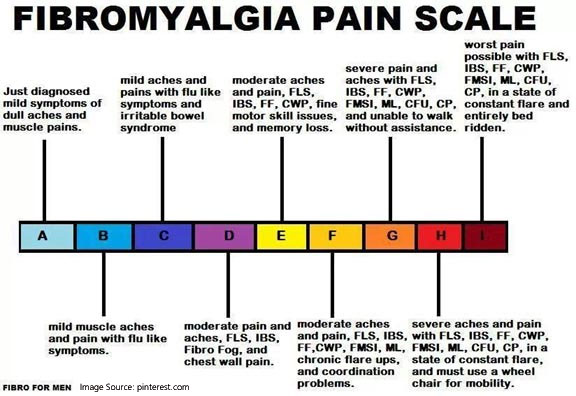 According to the Centers for Disease Control and Prevention, fibromyalgia often occurs together
rheumatoid arthritis, systemic lupus erythematosus, and
ankylosing spondylitis. Data showed that fibromyalgia was more common among women and that it affects over 2% of adults.

Progesterone is a steroid hormone found in both men and women. Although it is heavily involved in the female menstrual cycle and pregnancy, it is also important for the formation and development of life and is therefore important for everyone.

If a woman does not produce enough progesterone, she could face many problems in her reproductive cycle and it could deter her ability to have children. Men also need progesterone to maintain a good level of health and to have a full sexual function. Any imbalance in hormones should be treated by progesterone. 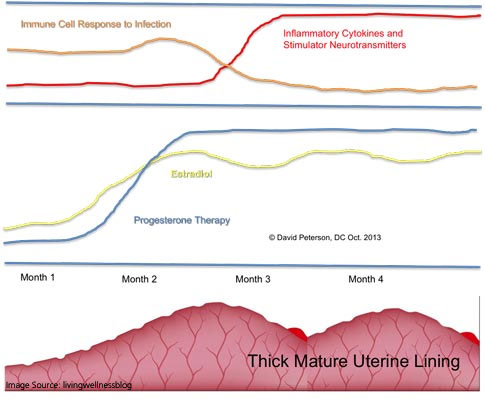 During periods of pregnancy, a woman’s progesterone levels can increase by up to 200 times the regular amount. Without progesterone, women would not be able to menstruate or carry children.

Despite progesterone’s importance to the female menstrual cycle and pregnancy period, it is not a feminine hormone like estrogen. Progesterone in fact fights estrogen and aims to keep a balance of estrogen in the body of both men and women.

An imbalance of estrogen can lead to many health problems for men and women, and progesterone helps prevent this imbalance from every happening. A progesterone deficiency would be harmful and dangerous for your body. Progesterone is also essential in the formation of other hormones such as glucocorticoid and corticosteroids.

How Are Fibromyalgia and Progesterone Deficiency Connected?

As was mentioned above, millions of individuals suffer from the extreme effects of fibromyalgia causing them to feel chronic pain, fatigue, stiffness, stress, and sleep irregularity.

Knowing these statistics, experts began to focus on the connection between women and fibromyalgia. They found that the symptoms of fibromyalgia were increasingly similar to the symptoms of menopause such as chest pain, irritable bladder, sensitivity, cramps, pains, aches, stiffness, sleep problems, fatigue, and headaches. 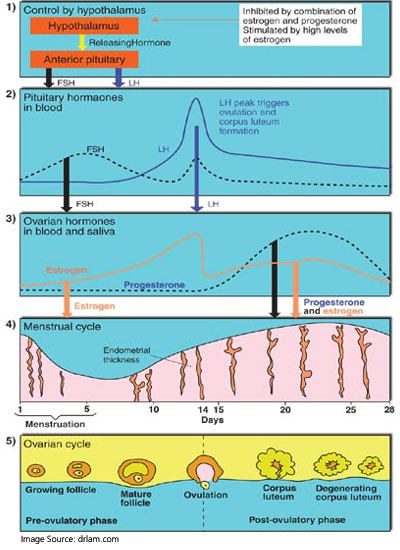 This led people to believe that fibromyalgia was a hormonal disease that could possibly be caused by a hormonal imbalance such as progesterone deficiency or estrogen dominance.

These treatments usually include the creation of hormones identical to the progesterone created in the human body. These supplementations help deal with the hormonal imbalance and have not been found to have any adverse side effects.

One such treatment is a progesterone cream that is applied directly to the skin of the area where pain occurs. The hormones in the cream are absorbed by the skin and eventually integrated into the bloody stream of the body.

These are said to be completely natural progesterone hormones nearly identical to the progesterone found in the human body.

It is believed that dealing with the imbalance of hormones can help deal with the onset of fibromyalgia. If you are going to use this treatment, make sure that you do have fibromyalgia.

This could cause more harm than good so make sure to always consult a doctor and see a physician that can help you monitor your hormone levels and determine whether this is the right treatment for you.

However, this treatment seems to work for some people and the connection between the similar symptoms of fibromyalgia, menopause, and Progesterone Deficiency cannot be denied.

It is interesting to see where this research can lead to and can perhaps be extended upon by future researchers who are searching for the cause of fibromyalgia.