Can Running Cause Osteoarthritis?

Osteoarthritis (OA), also referred to as a degenerative joint disease usually targets the cartilage. According to the CDC, it poses as the most common type of arthritis affecting more than 30 million US adults.

Osteoarthritis is primarily caused by damage or breakdown of joint cartilage between bones and numerous factors contribute to it.

Generally, activities that form too much pressure on joints, especially hips and knees, could play a role in the development of this form of arthritis.

This raises questions about running and whether one of the most popular physical activities could cause OA. So, what’s the answer?

Keep on reading and discover interesting facts on the connection between running and osteoarthritis. And, remember, when it comes to knee osteoarthritis and running, you have to be aware of the potential risks.

Osteoarthritis is an inflammatory condition, which is characterized by a degenerative process in the affected joints.

It leads to pain and restriction of mobility, being mainly caused by the physiological wear and tear process. This is a progressive medical condition, which can lead to cartilage loss and osseous changes.

Could Running Lead To “Osteoarthritis”?

According to paper from the Journal of the American Osteopathic Association, there is a dose-response relationship between physical activity and lower risk of some diseases.

That said, at a certain “dose” that beneficial impact of exercise can turn into an increased risk of injury and osteoarthritis. This form of arthritis is, as mentioned above, caused primarily due to pressure on certain joints, overuse, and injury.

Some animal studies showed that there is a pattern of increased incidence of arthritis in the knee and hip joints due to long-distance running when there is a history of injury.

The paper also reveals that human studies found an increase in radiographic evidence of OA in endurance sports athletes, but the progression of symptoms wasn’t reported.

Researchers from the Johns Hopkins School of Medicine concluded their paper explaining that long-distance running doesn’t contribute to a higher risk of OA of the knees and hips of healthy individuals. 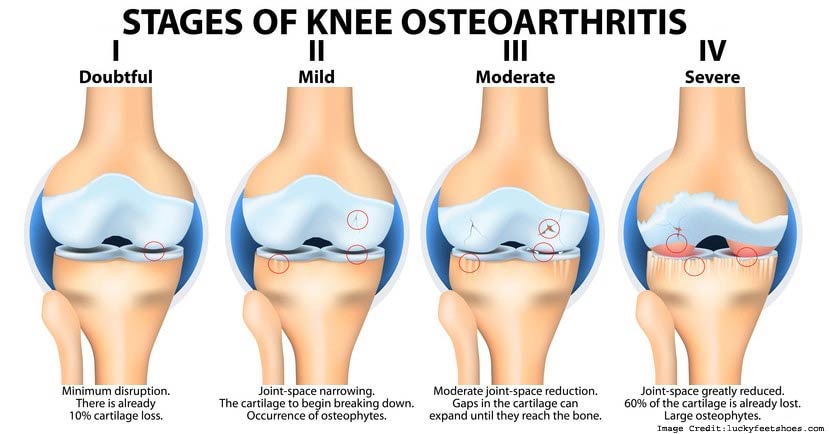 A team of researchers at the Stanford University School of Medicine carried out a study to evaluate the impact of running on the development of OA.

They recruited 45 long-distance runners and 53 controls with a mean age of 58. Most participants showed little initial radiographic OA, but by the end of the study, runners didn’t have more prevalent OA nor more cases of severe disease progression than controls.

These findings showed a possibility that severe OA isn’t more prevalent amongst runners, as people tend to believe.

A study whose findings were published in the American Journal of Sports Medicine found that formerly competitive runners didn’t have higher rates of arthritis in their hips, knees, and ankles when they were compared to non-runners.

Despite that fact that conflicting posts may pop up from time to time, the medical literature generally doesn’t support the idea that running contributes to the degeneration of joint cartilage and onset of osteoarthritis.

The major problem here is that a vast majority of posts that people read online are usually written by those who aren’t experts, their works aren’t reviewed by medical professionals, and they don’t use single evidence to support their claims.

Their only strategy is scaremongering.

All these studies are useful and show that running doesn’t induce OA, but they have their limitations. A vast majority of them enrolled athletes and individuals who run regularly.

But, what about “regular” people who don’t run regularly (or at all), but want to start?

What Did A Study of “Regular” People Say?

This particular study analyzed 2637 people who had medical assessments including knee X-rays.

Participants completed a detailed questionnaire about their exercise habits throughout the lifetime. Findings, published in the February 2017 issue of Arthritis Care and Research, revealed that only 30% reported running regularly.

The key discovery is that participants who run on a regular basis were less likely to report frequent knee pain, have X-ray evidence of OA in their knees, or have symptoms of OA compared to non-runners.

What’s more, current runners weren’t the only ones who experienced protective benefits of this physical activity, even those who reported running at some point in the past had less knee pain.

Running doesn’t contribute to OA, it also has the tremendous potential to prevent it. 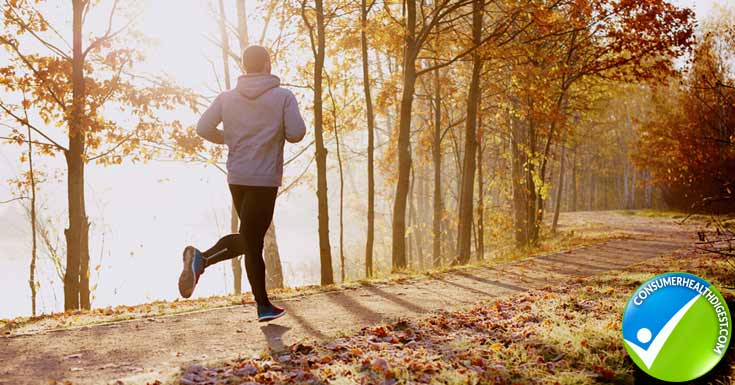 If you have OA or any other type of arthritis, you’ve probably heard or read on numerous occasions that physical activity is necessary and sedentary lifestyle can only aggravate the symptoms you experience.

Running is a great way to be more active, manage weight, and improve flexibility. It is your job to adapt running to your condition and make it enjoyable as well as easy on your joints. Here are some tips:

How is osteoarthritis related to running?

As you have seen, running places a lot of stress on the joints, with damage occurring mainly in the cartilaginous tissue.

Those who run on a regular basis are also prone to various injuries, which can further increase the risk of osteoarthritis. The combination of excess stress and physical injuries is mainly responsible for the appearance and progress of such medical conditions.

Since osteoarthritis is caused by stress and injury on joint cartilage, running is usually considered as a factor that contributes to its onset and progress.

However, numerous studies have confirmed that not only running is safe, but it also protects the knees and hips. Always remember the connection between running and osteoarthritis, making sure not to exaggerate with such activities.

When it comes to knee osteoarthritis and running, it is for the best to get a checkup from time to time and confirm that your joints are in top shape. Or you can use pain medication to repair the joint cartilage.

One such joint pain product could be GNC Triflex which might help prevent further damage to the joints.

Read Also: An Overview Of Dorsiflexion