What Are Multiple Causes & Remedies For Treating A Bunion?

While the condition can defer from person to person, several common symptoms have been reported in order to assist with the proper diagnosis of the condition. Symptoms of Bunion may include swelling that develops at the outer side of the foot’s base, which eventually causes a bony lump. Pain, redness, hard skin and stiffness in the feet have also been associated with the condition. It is also reported that a change in the position of toes and a change in the foot’s shape can be a sign of a bunion.

How do you prevent bunion?

There are some remedies or ways by which one can prevent bunions without having to undergo surgical operations. The best way to prevent this condition is to maintain a normal body weight, undergo a doctor’s guidance, use warm soaks and have well-fitting foot wear that are wide in the area. It’s also good to have massage, ultrasound and whirlpool.

Bunions form when the bone or tissue at the joint at the bottom of the big toe moves out of place. Years of bunion motion and pressure on the joint forces the big toe to bend toward the others, which causes an often-pain lump on the joint.

What are the remedies for bunion?

There are some remedies that can help to treat this condition. The first and most preferred option s prevention. The other remedies include; protect the bunion with moleskin or gel-filled pad, use shoe inserts to assist in positioning the foot correctly and take a non-steroid anti-inflammatory supplements or drugs.

What Causes a Bunion to Develop

NHS Choices reports that a bunion occurs when the joint of the big toe becomes deformed. Even though several medical experts have focused on finding the cause of the condition, an exact cause for the development of the condition have not been found to date. Southern Cross reports that several studies have linked the primary cause of a bunion to a mechanical instability within the joint located in the big toe. They also report that genetics can play a role as researched has found that bunions tend to run in families.

Other possible contributing facts have also been reported to include: 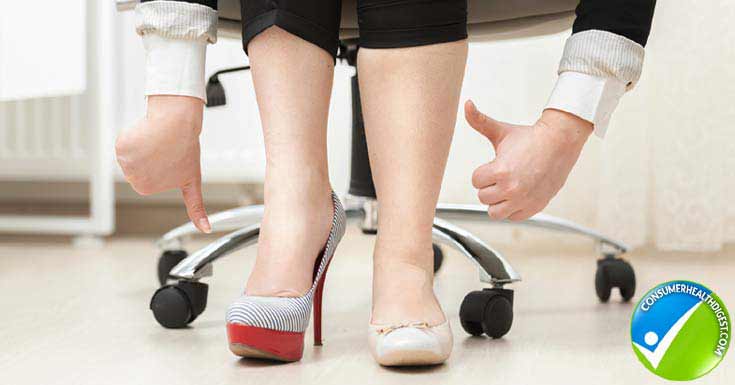 Read Also: Reasons You Should Not Wear High Heels Anymore

When it comes to removing a bunion from the feet, the patient first needs a proper diagnosis in order to determine the severity of the condition. In some conditions, non-surgical options are advised and well-suited for the effective removal of the bunion. In more severe cases, such as where the bunion changes the shape of the foot, a surgical option might be recommended by a doctor or specialist. NHS Choices also reports that a bunion only needs treatment in cases where pain and discomfort is experienced on a moderate-to-severe level.

In cases where a bunion does not cause severe pain and discomfort, but causes a problem to the patient, a non-surgical remedy may be advised by the doctor. This is also usually the first option in order to monitor if a non-surgical option could alleviate the problem. Should the bunion cause pain, discomfort and swelling in the patient’s foot, a dose of painkillers is usually recommended in order to alleviate the pain experienced. An over-the-counter drug such as ibuprofen or paracetamol or applying pain reliever cream like Sportscreme often provides effective relief of the painful symptoms associated with a bunion.

Bunion pads and orthotics are also effective treatment remedies for alleviating symptoms associated with bunions without opting for surgery, these options tend to provide an enclosure for the effected part and relieve the friction and pressure applied to the big toe’s joint during movement. Orthotics are also designed to realign bones within the foot, but have not been classified as an effective long-term treatment by medical experts. Finally, wearing low-heeled or flat shoes are highly recommended for individuals who have developed a bunion. It is also recommended to opt for a shoe that is made from soft leather in order to minimize the pressure applied to the area where the bunion has developed during movement. 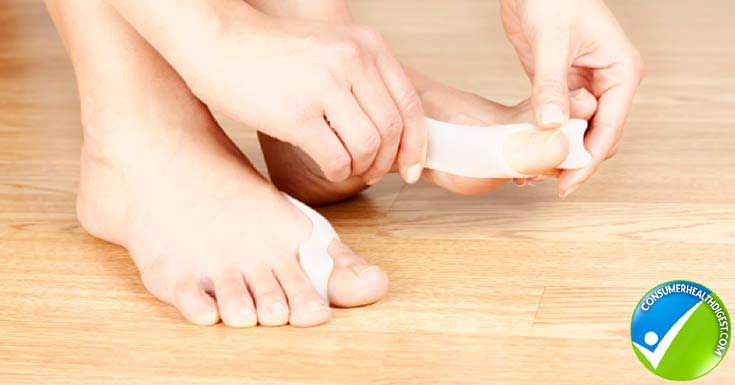 In more severe cases and when a patient prefers to have the bunion corrected, surgery is the recommended option. NHS Choices reports that an untreated bunion will usually grow larger over time, thus surgery can usually be the preferred method of correcting the condition. During surgery, the alignment of the big toe is corrected and problems causing pain in the area is also targeted. In the majority of cases, a limited choice to the style of shoes that can be worn afterwards will be advised in order to avoid the bunion from returning and additional problems from developing.

With bunions affecting as much as one quarter of the population, millions of people have developed or will be dealing with such a problem in their lives. Due to the fact that the condition can cause discomfort, pain and disability, treatment options are highly recommended and there exists remedies for bunion that can help to prevent and halt the condition. While mild conditions can effectively be treated with several non-surgical options, a surgical option may be recommended in cases where the bunion has developed into a more severe condition.