CuraPro is a joint health supplement that helps to treat painful joints while also supporting the liver, cognitive, and cardiovascular health.

You have probably already seen a bunch of joint health supplements on the internet but it is not every day that you come across one that claims to do so many things for the user’s health.

The product we are covering today is mainly a joint health supplement but the manufacturers claim that it has a number of wonderful health benefits that go beyond making the joints function and feel better. Namely, it is claimed that this product supports liver, brain and heart health.

The name of this multi-faceted product is CuraPro and it is an oral supplement. The main component of CuraPro is said to be a form of curcumin but one that is more powerful than the type of curcumin that can be found in turmeric. Mainly because this is a more potent form and it stays in the bloodstream for a longer amount of time. It is also said to be highly bioavailable and absorbs at a more complete rate than normal turmeric.

Who is the Manufacturer of CuraPro?

The company that is behind CuraPro is called EuroMedica and the founder of EuroMedica is a man named Terry Lemerond who is said to have pioneered many breakthroughs in the realm of standardizing supplement potency. The company makes CuraPro with the assurance that it is a natural and effective joint health supplement that has benefits that go beyond joints. They make a number of different kinds of health supplements aside from CuraPro.

The workings of CuraPro can be traced back to the proprietary complex that is the main feature of this product. Again, it is claimed that CuraPro uses a kind of curcumin that is more effective than naturally occurring curcumin found in turmeric. It is said to work by being rich in phospholipids and supplying the user with 500mg of curcumenoids in each dose. This proprietary complex makes up for all 750mg of ingredients in CuraPro.

CuraPro Ingredients – Are they Safe & Effective?

The website that sells CuraPro makes the claim that all of their products have been sourced from nature and that is actually a focal point of their company and everything they make. CuraPro contains just a few ingredients which include:

Curcumin – Curcumin has been shown in some studies to relieve joint pain better than ibuprofen could and is generally used to improve the health of joints due in part to its generous supply of antioxidants and anti-inflammatories.

Rhizome Extract – Rhizome extract is harvested from turmeric which is another natural source of antioxidants and anti-inflammatories[1].

Turmeric Essential Oil – This ingredient is said to have beneficial effects on the immune system and may possibly support skin health[2].

Medium Chain Triglycerides – Medium chain triglycerides or MCT’s for short, can have benefits for brain function and be a source of energy.

Beeswax – This ingredient is another natural source of antioxidants and anti-inflammatories.

What are the Pros of CuraPro?

What are the Cons of CuraPro?

Q: How Should You Use CuraPro?

A: The consumer should ingest 1 capsule of CuraPro, which comes in softgel form, each day or as otherwise advised by a doctor.

Q: How Much Does CuraPro Cost?

A: The price for CuraPro is not readily available as the customer is asked to log in or register to see price but it does come in 30, 60 and 120 pill container sizes.

A: CuraPro is sold through a distributor by the name of Emerson Ecologics and their return policy stipulates that the customer obtain a return merchandise authorization number and return their product within 30 days to be eligible for a refund.

A: No. At this time, there is no free trial being offered for this product. Be sure to check back with us later though as we will update the information on this review if and when a free trial becomes available for CuraPro.

On the other had we see that clinical studies have not proven beyond the shadow of a doubt that curcumenoids stop inflammation. There is also gelatin that may have come from animals in CuraPro. There also does not appear to be any ingredient that supports the claim that CuraPro can help liver function. Our recommendation is to compare CuraPro with other similar supplements such as Semperflex before making a decision.

Healthy joints allow us to move with ease. Joint damage can cause pain preventing you from doing the things you once loved. From aging to untreated sports injuries – many conditions lead to joint pain. A quality joint product may help reduce inflammation, repair existing tissue damage, and promote stronger joints, lessening susceptibility to future degeneration.

Below you’ll find some of the most effective joint pain supplements on the market today, in our opinion.

Verdict on Claimed Benefits: Below is our summary of the available evidence for the claimed benefits of below mentioned joint pain supplements based on the available research: 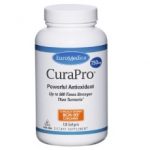