Vitamin D: What You Need To Know About Vitamin D?

Here, What do You need To Know About Vitamin D?

Vitamin D is known as the “sunshine” vitamin since the sun is its primary source, and it plays an important role in keeping the human body healthy. It’s actually a set of prohormones that help the body absorb phosphate/phosphorous and calcium more effectively.

According to research, its primary function is to enhance calcium absorption, which is required for bone formation and remodeling (when mature bone tissue is removed and new bone tissue is formed). A deficiency of vitamin D can result in brittle, thin, or deformed bones as a result. 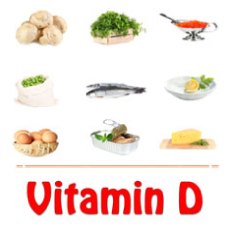 Vitamin D’s primary role in the body is to allow calcium and phosphate to be absorbed by the intestines. Even if you took the appropriate daily dose of vitamin D, your body would be insufficient in essential minerals. Vitamin D is not immediately useable once it reaches the body (through food and supplements) or when it is produced by the body (through sun exposure). Instead, it must go through two steps, known as hydroxylation reactions, before it can be activated and used in the body. Calcitriol is the name given to vitamin D after it has been transformed into a useful, active form in the body.

Vitamin D serves a variety of functions in the body. It helps with. Below are some vitamin D benefits you need to know about:

Vitamin D aids in the management of calcium and the maintenance of phosphorus levels in the bloodstream. These elements are essential for sustaining bone health.

Vitamin D is required for the intestines to activate and absorb calcium, as well as to reclaim calcium that would otherwise be excreted by the kidneys.

Vitamin D is important for muscle strength in addition to its bone-building properties. “A lack of vitamin D in the body raises the risk of weak muscles, which increases the risk of falling.” “Vitamin D may help boost muscle strength, therefore, preventing falls, which is a common problem that leads to substantial disability and death in older adults.

Vitamin D can also aid in the development of immunity. It can help the immune system by fighting bacteria and viruses that are harmful to the body. High latitudes and the winter season have been linked to low vitamin D levels, increased influenza, and other respiratory illnesses, as well as negative outcomes.

Vitamin D has been linked to mood regulation and the prevention of depression, according to research. Scientists discovered that persons with depression who took vitamin D supplements saw an improvement in their symptoms in one trial.

Because the heart is a muscle, vitamin D has been demonstrated to be a crucial nutrient in sustaining heart health in various studies. Lower vitamin D levels are linked to a 50% increased risk of heart attacks.

Although there isn’t enough evidence to back this up, a few studies have demonstrated that vitamin D protects the heart by decreasing blood pressure and avoiding artery damage.

Vitamin D can help women going through menopause by increasing bone mineral density and so reducing osteoporosis. One of the silent menopausal symptoms is a loss of bone mass, which is only visible after a fracture. Menopausal women can benefit from this vitamin by preventing cancer and maintaining a healthy heart.

Other vitamin D benefits include:

SIDE EFFECTS OF VITAMIN D

Although there have been reports of health hazards associated with high amounts of vitamin D in the body, they are uncommon. People who are at a higher risk of toxicity as a result of a high vitamin D consumption are (in most cases) those who have other health issues such as kidney or liver disease.

Vitamin D intake for adults should not exceed 4,000 IU per day, according to healthcare authorities. Vitamin D toxicity is rare at doses below 10,000 IU per day.

The following are the daily vitamin D recommendations:

Most people can make enough vitamin D by exposing themselves to the sun for 5–10 minutes on bare skin 2–3 times per week. Vitamin D, on the other hand, degrades quickly, which means that supplies might soon run out, especially in the winter.

A few drugs interact with vitamin D, especially for persons who use vitamin D supplements. If you don’t take supplements, the vitamin D your body makes from sunlight and the modest amounts of the vitamin found in fortified foods won’t interact with your prescriptions. Supplemental vitamin D can increase the amount of aluminum absorbed by the body when combined with aluminum in antacids. This could be especially problematic for persons with kidney illness.

Q: WHAT IS VITAMIN D?

A: Vitamin D is a fat-soluble vitamin that plays an important role in a variety of bodily functions. When your skin is exposed to UV rays from the sun, significant levels of vitamin D can be produced. Any vitamin D that you don’t utilize right away is stored in your body fat for later use.

Q: HOW MUCH VITAMIN D SHOULD I TAKE?

A: Most people will only need 10 micrograms of vitamin D per day if they opt to take supplements.

It’s not a good idea to take more than 100 micrograms (4,000 IU) of vitamin D per day because it can be dangerous. Adults, including pregnant and breastfeeding mothers, the elderly, and children aged 11 to 17 years are all affected.

A: Vitamin D deficiency is common around the world, however, it is more prevalent in some groups. Vitamin D insufficiency has been linked to a variety of health issues.

Q: WHAT ARE THE MAIN SOURCES OF VITAMIN D?

A: Sunlight, supplement, and vitamin D-rich foods are all sources of vitamin D.

Q: WHAT ARE THE FOOD SOURCES OF VITAMIN D?

Q: WHAT HAPPENS IF I TAKE TOO MUCH VITAMIN D?

A: Too much calcium can build up in the body if you take too many vitamin D tablets over a lengthy period. This can cause bone deterioration as well as renal and heart problems.

Q: WHAT CAN HAPPEN WHEN VITAMIN D IS LOW?

Vitamin D is a nutrient that is necessary for a variety of body activities to work properly. As a result, if you reside in a region with adequate sunlight, it is recommended that you get at least 15 minutes of sun exposure each day. If you live in a colder climate with less sunlight, make sure you get enough vitamin D-fortified foods.