Saw palmetto-based remedies, either alone or in combination with other botanicals, are widely available in the United States and Europe. As with other herbal remedies, it’s essential to know what proof there is to back up saw palmetto’s safety and effectiveness.

WHAT IS SAW PALMETTO?

Saw palmetto is a small palm tree that grows in the warm climate of the United States’ southeast coast. Its extract is obtained from the ripe fruit of the saw palmetto plant.

Native Americans of the Seminole clan used to eat saw palmetto berries from the saw palmetto tree to treat various diseases, including urinary and reproductive issues. Because of the phytosterols and fatty acid content, it has also been used in traditional medicine.

Saw palmetto extract is now available as a pill, a drink, or a tea. It’s frequently used in the United States as an alternate treatment for diseases caused by low testosterone levels.

WHERE DOES IT COME FROM?

Saw palmetto is a palm-like plant native to the Southeast United States. Saw palmetto pills are made from the berries of this plant.

Saw palmetto was used as a tonic by the Mayans, while saw palmetto berries were used as an expectorant and antibacterial by the Seminoles.

The saw palmetto plant has a variety of purposes in herbal medicine. The majority of them revolve around the effect it is believed to have on testosterone. Saw palmetto is also used to treat coughs and colds, asthma, chronic bronchitis, sore throats, and migraine headaches, in addition to prostate infections.

Furthermore, it is a diuretic and aphrodisiac that stimulates blood flow to improve sex drive and acts as a sedative for relaxation.

Saw palmetto extract has been shown to be helpful in the treatment of various health issues. The benefits of saw palmetto include: 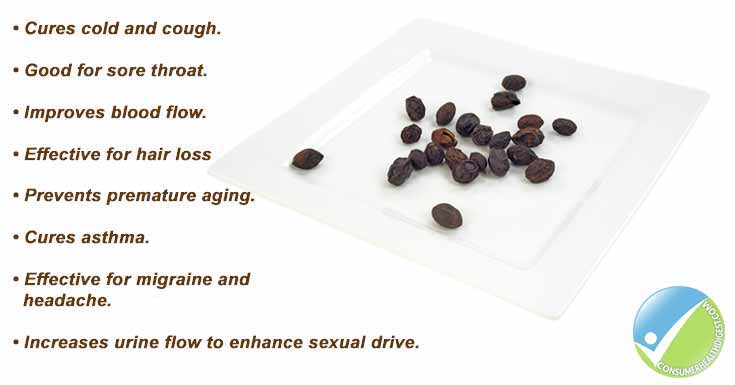 According to studies, taking saw palmetto extracts every day for two months can reduce the time it takes to have prostate surgery. It prevents complications and blood loss from occurring during the procedure.

Testosterone affects both men and women’s sexual desire. It has a link to fertility because it impacts both sperm and egg production.

As a result, some people use saw palmetto to boost their testosterone levels. This may help them have a higher libido or a stronger desire for sex.

The treatment of BPH, a disorder characterized by enlargement of the prostate, is one of the most prevalent uses of saw palmetto. It aids in the treatment of some BPH symptoms, particularly in older men.

Methyl gallate and epicatechin, two antioxidants that are present in saw palmetto, protect cells from damage, reduce inflammation, and protect against chronic disease.

According to research, saw palmetto may have anti-inflammatory characteristics that could help to improve prostate health and treat certain illnesses.

Hair loss is a frequent problem that can be caused by several things, including heredity, certain medical disorders, hormonal changes, and the use of drugs like stimulants and blood thinners.

SIDE EFFECTS OF SAW PALMETTO?

While saw palmetto is generally regarded safe, it might cause some minor side effects, especially when taken in high amounts.

Constipation, headache, diarrhea, vomiting, dizziness, and nausea are just a few of the side effects associated with the use of saw palmetto.

After ingesting saw palmetto, some people have reported allergic reactions. Stomach problems, increased bleeding, and a change in sexual desire are just a few of the symptoms.

Despite the lack of sufficient proof, researchers are particularly concerned that saw palmetto extract may cause liver or pancreas problems.
However, it is not recommended to take saw palmetto if you are pregnant, breastfeeding.

If you suffer any side effects or interactions while using Saw palmetto supplements, stop taking them.

Saw palmetto can be consumed in a variety of ways. When the saw palmetto berries are consumed whole or steeped to form a tea, there is little information on the appropriate dosages.

Saw palmetto appears to be most beneficial in daily quantities of 160–320 mg when taken as a dry supplement or an oily liquid extraction.

Saw palmetto dosage and timing depend on the problem being treated. As a result, it is suggested that you follow the manufacturer’s instructions or seek medical advice from your doctor.

If you’re taking any other estrogen-boosting supplements, avoid using saw palmetto extract. It has the potential to interact with birth control pills containing estrogen as an active ingredient.

Saw palmetto can also interfere with hormone replacement therapy. When Saw Palmetto is used with anticoagulant drugs, the risk of bleeding increases.

Ethinyl estradiol and Levonorgestrel are two birth control pills that should not be used with saw palmetto extract. Fragmin, Lovenox, Voltaren, and Cataflam, among others, are anticoagulant medicines to avoid when taking saw palmetto.

A: Bad breath, constipation, diarrhea, dizziness, fatigue, headache, nausea, stomach, and vomiting are all possible side effects of saw palmetto.

Q: HOW MUCH SAW PALMETTO SHOULD I TAKE?

A: There is insufficient scientific evidence to recommend a dose for saw palmetto. As a result, it’s best to talk to your doctor before starting the saw palmetto supplement.

A: Saw palmetto is usually considered safe, but it is not advised for youngsters or women who are pregnant or breastfeeding. Mild headaches and stomach problems are two rare side effects.

Q: WHAT HAPPENS IF I MISS A DOSE?

A: If your next scheduled dose is approaching, skip the missing dose. To make up for a missing dose, don’t take any more saw palmetto.

More research is being conducted, and it may be discovered that saw palmetto extracts are good for a person’s general well-being.

However, further research is needed to determine the safety and efficacy of saw palmetto extracts over time.