Fucoxanthin – What are the Uses and Health Benefits of It 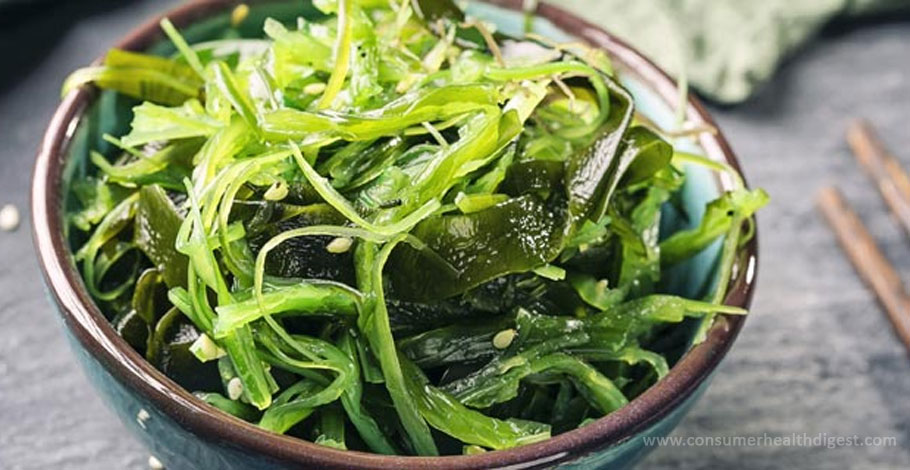 Much is made of the advantages of an Asian diet that consists primarily of vegetables and grains. Soy gets a lot of attention, but people are starting to realize the benefits of seaweed, which accounts for around ten percent of the Japanese diet. Aside from the high levels of critical vitamins and minerals found in edible seaweed, further research is uncovering additional potential benefits of brown algae consumption. Fucoxanthin is one such ingredient that is currently being researched. But, exactly, what is it?

Fucoxanthin is a carotenoid pigment that can be found in brown algae. It is fat-soluble and serves as the main pigment, masking chlorophyll’s green tint. Its job is to continue photosynthesis, which is the mechanism through which algae make food from light. Fucoxanthin, as a carotenoid, has antioxidant characteristics that can help the immune system. It is one of the most abundant carotenoids generated naturally, along with beta carotene. Red and green algae are not suitable sources of fucoxanthin because they contain very little, if any, of this pigment, but brown algae contains a lot of it.

Because fucoxanthin is closely entangled with other proteins in seaweed, it is difficult to absorb its benefits in its natural state. The pigment is removed from the seaweed, processed, and packaged in soft gel or capsule form for ease of administration.
According to a 2010 study, the global monetary worth of seaweeds has surpassed US$ 7 billion and is expected to rise in the future due to rising human population. From here, microalgae and macroalgae biomass are the future’s promising and sustainable feedstock.

Fucoxanthin is an olive-greenish brown carotenoid found in brown algae and seaweed. Fucoxanthin has been shown to be quite efficient in encouraging weight reduction, particularly in the white fat cells around the lower belly. Fucoxanthin was found to burn white fat cells in adipose tissue in a mouse study at Hokkaido University. When compared to mice fed a normal diet, mice fed fucoxanthin demonstrated a considerable reduction in lower abdominal fat accumulation. It also aids in the reduction of plasma insulin and blood glucose levels. Overall, fucoxanthin is a fantastic bioactive carotenoid that, in addition to the previously listed benefits, is also quite good at inhibiting metabolic syndrome.

THE HEALTH BENEFITS OF FUCOXANTHIN

Fucoxanthin is widely known for its anti-obesity effect, which is primarily due to its ability to activate uncoupling protein (UCP1) and stimulate the formation of docosahexaenoic acid (DHA). UCP1 can stimulate lipolysis, whilst DHA can lower cholesterol levels.

According to recent research, fucoxanthin has a considerable effect on reducing adipose tissue weight and regulating blood glucose levels. The mechanism is distinct from that of other anti-diabetic functional dietary ingredients.

Apart from its anti-obesity properties, it is also known to be antidiabetic, antioxidative, and antihyperlipidemic.

SIDE EFFECTS OF FUCOXANTHIN

Fucoxanthin’s potential negative effects are unknown at this time. Again, this occurs due to a lack of research on fucoxanthin in humans. In any case, significant amounts of hijiki or other species of algae should not be consumed as a source of fucoxanthin. Keep in mind that seaweeds are high in iodine, and too much of it can induce iodine toxicity. Furthermore, high quantities of iodine can interfere with thyroid gland function. Furthermore, taking excessive amounts of iodine-rich foods is not advised if you have an allergy or known intolerance to iodine.

A daily dose of 2.4-8mg fucoxanthin has demonstrated efficacy in some human studies over a lengthy period of time, and while the benefits are dose-dependent within this range, greater doses have not been adequately investigated.

When purchasing a fucoxanthin-standardized seaweed, search for the extract percentage and then retrace. Purchasing an undaria pinnafitida supplement containing 1% fucoxanthin by weight would require 240-800mg of the supplement to provide 2.4-8mg fucoxanthin.

Daily consumption of dietary seaweed may be sufficient to obtain enough fucoxanthin for optimal antioxidative and fat-burning effects.

Q: What is fucoxanthin?

A: Fucoxanthin is a marine carotenoid that can be found in microalgae and macroalgae including Wakame (undaria pinnatifida), Ma-Kombu (laminaria japonica), cylindrotheca closteriuml and phaeodactylum tricornutum.

A: Fucoxanthin, like most carotenoids, is an antioxidant. According to animal experiments conducted by one group of researchers, fucoxanthin may prevent the formation of fat tissue and reduce belly fat. However, no research has been conducted to determine whether this effect is possible in humans.

A: Fucoxanthin, a carotenoid extracted from brown seaweed, has been shown in clinical trials to have anti-obesity properties due to its ability to overexpress uncoupling protein (UCP1) in white adipose tissue, which leads to fat burning.

Q: What is the purpose of fucoxanthin?

A: Fucoxanthin has many physiological functions and biological properties, including anti-obesity, antitumor, anti-diabetes, antioxidant, anti-inflammatory, and hepatoprotective activities, as well as cardiovascular and cerebrovascular protective effects, according to recent research.

A: Fucoxanthin is the main carotenoid produced in brown algae as a component of the light-harvesting complex for photosynthesis and photoprotection.

A: Wakame is a type of brown seaweed that is high in fucoxanthin and is commonly used in diets and meals.

Q: What color is fucoxanthin?

A: Fucoxanthin is an orange-colored pigment, along with chlorophylls a and c and ?-carotene, present in Chromophyta (Heterokontophyta or Ochrophyta), including brown seaweeds (Phaeophyceae) and diatoms (Bacillariophyta).

Q: What is concentrated fucoxanthin?

A: Fucoxanthin is a xanthophyll carotenoid with high market value. Currently, seaweeds are the chief source for the industrial production of fucoxanthin. However, marine microalgae can have more than eight times the concentration of normal seaweed and are considered a promising feedstock.