Learn all about tuberculosis, a highly contagious disease that is spread through the air by bacteria.
Dr. Joel Fuhrman, M.D.

What is Tuberculosis (TB)?

Tuberculosis (TB) is a disease that primarily affects the lungs. It is a potentially serious disease that is infectious.

Tuberculosis (TB) is a disease caused by bacteria that attacks the lungs. Shutterstock Images

The bacteria that cause the disease can be spread from one person to another through airborne droplets from coughs and sneezes.

There are many strains of tuberculosis, which do not respond to most drugs for treating the disease.

Here are the signs and symptoms of active TB: 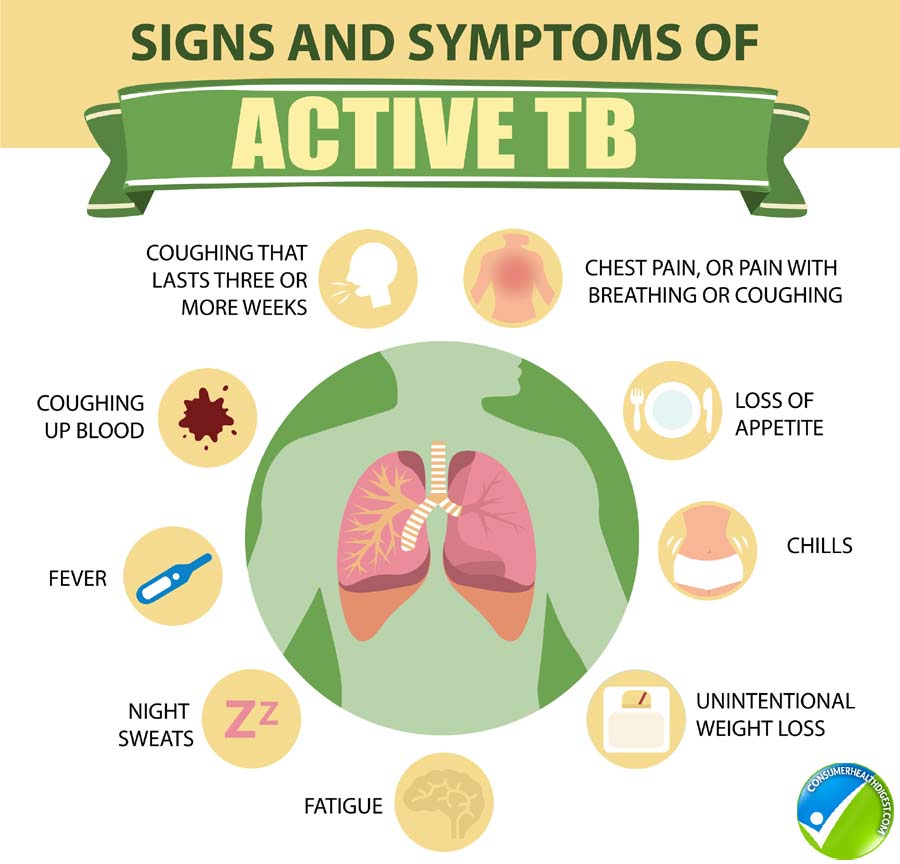 Tuberculosis is directly caused by bacteria which spreads from one person to another through microscopic droplets that are released into the air.

According to the CDC, the droplets are from someone who is untreated and has an active form of tuberculosis when he/she speaks, coughs, spits, sneezes, laughs or sings.

Tuberculosis is contagious, but it is difficult to catch. A person is more likely to get it from someone he/she is living or working with than from a stranger.

Here are the factors that can increase the risk of tuberculosis:

The first step to diagnosing TB is a thorough physical examination wherein the doctor checks the lymph nodes for swelling and lung sounds are carefully checked using a stethoscope.

The most common diagnostic tool for TB is a skin test, although blood tests are becoming more common.

In the skin test, a small amount of PPD tuberculin is injected just below the skin in the inside forearm area.

It will be inspected within 72 hours. If there is a hard, raised bump, then the person is likely to have tuberculosis.

However, this test is not always accurate, so in many cases, blood tests are also used to confirm latent or active TB.

Imaging tests can also be used to check the location of the infection or see if there are changes in the lungs caused by active tuberculosis.

According to the Health Link British Columbia, Sputum tests may also be taken for laboratory examination to test for TB bacteria.

It can also be used to check for strains of tuberculosis that are resistant to drugs to help determine the best medications.

Medications are crucial for treating tuberculosis, but it takes a lot longer compared to other bacterial infections.

With TB, the patient needs to take antibiotics for at least half a year and sometimes up to nine months.

The drugs used and length of treatment depends on the patient’s age, overall health, drug resistance, the form of TB, and location of the infection.

Many patients with latent tuberculosis need only one type of TB drug, but for active tuberculosis, several drugs may be needed. The most common medications for treating tuberculosis are:

For drug-resistant TB, antibiotics (fluoroquinolones) and injectables (kanamycin, amikacin or capreomycin) are used for a longer time period (about 20 to 30 months).

Some types of TB have already developed resistance to such medications.

There are newer drugs used as add-on therapy for treatment of drug resistant TB, including bedaquiline, sutezolid, diamond, linezolid and PA-824.

Must Watch – TB or not TB: Information on Tuberculosis

It is crucial to complete TB treatment even though you feel much better after a few weeks of treatment.

Any patients stop taking their medication, but the problem is that this allows the remaining bacteria to develop resistance to the drug.

This will often result in TB that is much more severe and difficult to treat.

Therefore, it is essential to take the medications cautiously according to the doctor’s instructions.

In addition, try to eat healthier by consuming natural foods that are rich in nutrients and antioxidants. Regular exercise can also help with recovery as long as it is approved by your doctor.

You May Also Like To Read – TB Awareness Month