What is a Stroke – Warning Signs, Tests, and Treatment

A stroke occurs when the blood supply to part of your brain is interrupted. Shutterstock Images
Susan Peirce Thompson, Ph.D.

A stroke happens when a blood vessel in the brain is either blocked or has ruptured.

This cuts blood and oxygen supply to the brain so it begins to die.

Then, the part of the body that is controlled by the damaged area of the brain won’t function properly.

In just a few minutes, brain damage can occur which is the reason it is very important to know the symptoms of a stroke and act quickly.

Fast treatment helps minimize damage to the brain and improves the chance of having a full recovery. 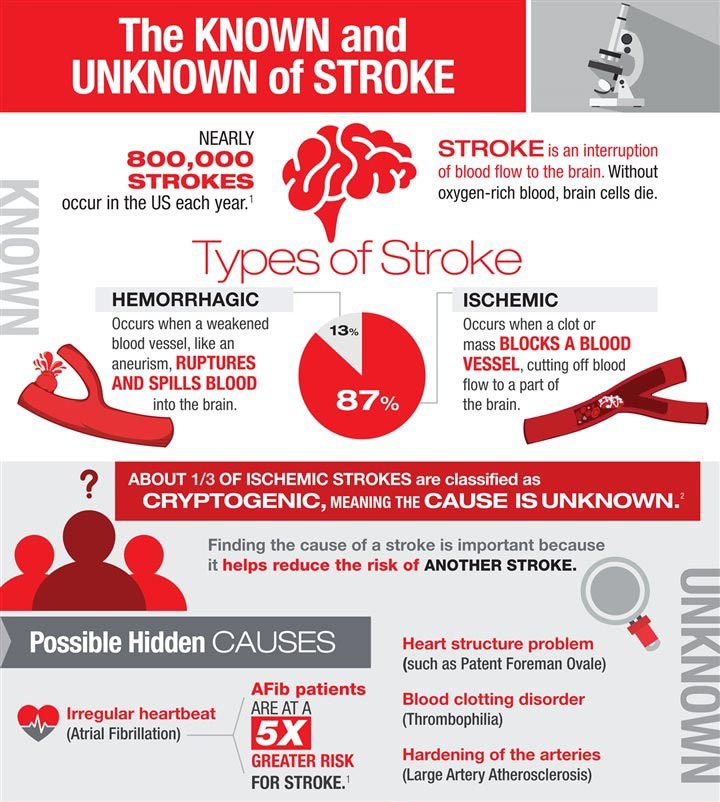 Stress can also raise blood pressure to cause a stroke. Latimes Images

A stroke is a direct result of interrupted or decreased blood supply to the brain.

The brain cells begin to die due to lack of oxygen and nutrients.

In some cases, the disruption of blood flow to the brain is only temporary which is called a transient ischemic attack.

Here are the controllable risk factors a stroke:

After a stroke, the first test is usually a CT scan which can locate the bleeding in the brain.

It will also show what kind of stroke occurred[5].

In some cases, an MRI is also ordered by the doctor.

The treatment for stroke depends on the specific type, its location and how much brain damage has occurred.

Thrombolysis is a common treatment which dissolves dangerous clots in blood vessels.

It also improves blood flow and prevents further damage to organs and tissues.

The treatment also focuses on preventing another stroke from occurring.

The patient is advised to use a cane or walker, which will prevent falls.

The help of an occupational therapist may be needed as well.

After a stroke, there are patients that have vision problems which will need to be managed properly.

Remember to focus on the affected side during rehabilitation.

Susan Peirce Thompson, Ph.D. is an Adjunct Associate Professor of Brain and Cognitive Sciences at the University of Rochester and an ex Read Full Bio