Pilonidal Cyst – What You Need to Know

Learn about the symptoms and causes of pilonidal cyst, and how your doctor will diagnose and treat it.
Franz Gliederer, MD, MPH

A pilonidal cyst is an abnormal pocket found in the skin in any part of the body. 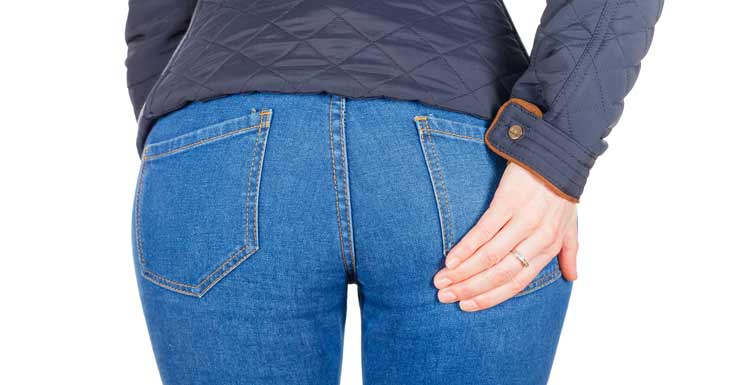 A pilonidal cyst is one that develops in the space between the buttocks. Shutterstock Images

It typically contains hair and skin debris. In most cases, it develops near the tailbone on the upper part of the cleft of the buttocks.

These are cysts that normally occur when hair perforates the skin becoming embedded.

If it gets infected, it can become an abscess that can cause mild to severe pain, according to Mayoclinic.

It can be drained by making a small incision, or the cyst can be surgically removed. It is usually a problem that occurs in young men, and the problem tends to recur.

It often affects people who sit for prolonged periods like bus/truck drivers.

Although not very common, chronic infected pilonidal cysts can eventually lead to the development of a form of skin cancer called squamous cell carcinoma.

Signs and Symptoms of Pilonidal Cyst

The signs and symptoms of a pilonidal cyst may include the following:

If you notice any of these signs and symptoms, it would be best to consult your physician. 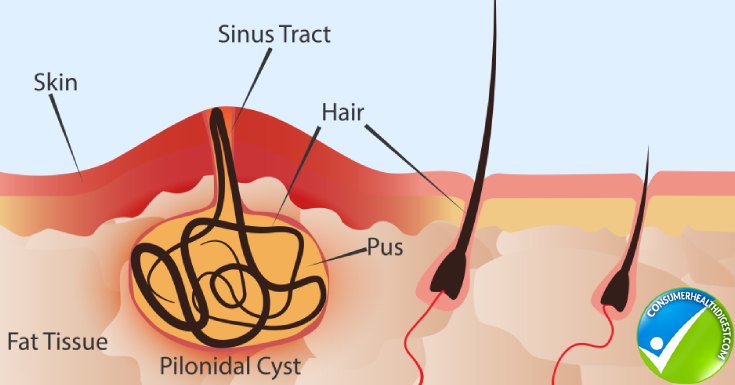 It is still uncertain in regards to the actual cause of the development of pilonidal cysts.

Most are a direct result of loose hair penetrating the skin[2].

Friction and pressure from tight clothing, skin against skin rubbing, long periods of sitting, and similar factors force the hair into the skin.

The body then sees the hair as a foreign substance; thus, the creation of a cyst around it.

Another possible explanation for the development of pilonidal cysts is the regular stretching or motion of layers of the skin resulting in the enlargement and rupture of hair follicles, which is the structure where hair grows.

The cyst forms in the surrounding area of the ruptured follicle. Poor hygiene is also believed to be a significant factor in the development of pilonidal cysts.

Some experts also believe that dietary factors like high consumption of fat can cause pilonidal cysts, but there is still not enough evidence to prove so.

These are risk factors for developing pilonidal cysts, according to experts: 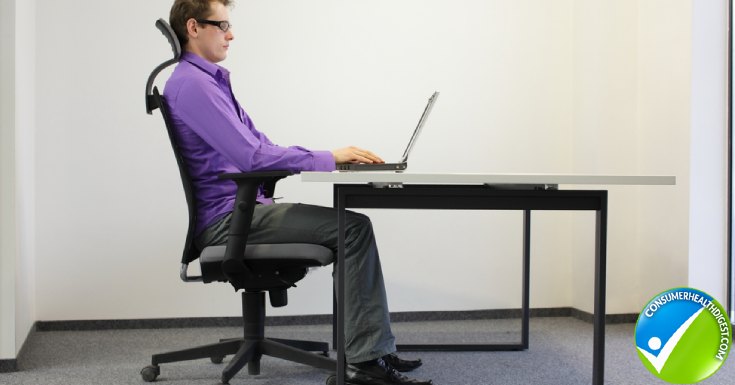 Tests and Diagnosis for Pilonidal Cyst

A physician diagnoses a pilonidal cyst by asking about the history of the patient and the symptoms of the cyst.

A physical examination will also be done, which can find the following:

Treatments and Medications for Pilonidal Cyst

Antibiotics can be used if there is a severe infection, but they do not heal a pilonidal cyst.

There are several options, and choosing one depends on the physician and the particular case.

The common technique for treatment is making an incision and draining the cyst.

The hair follicles will also be removed, and the cavity will be packed with gauze.

This is a relatively simple procedure that is done under local anesthesia.

This will minimize the size and depth of the wound, but the problem is it takes longer to heal.

Immediate closing of the wound after incision and drainage can also be done, but there is a higher rate of recurrence with this treatment option.

Follow up is important to check if it is healing properly and make sure the wound is clean and free of infection[3].

Read Next: Leaking Ovarian Cyst: What Is Mean?

Never try to drain the pilonidal cyst yourself since this can cause infection.

In many cases, the cyst will go away on its own when you keep it clean and avoid friction.

You may need to use cycling shorts or other clothing that minimizes friction in the affected area.

After getting treatment, keep the area clean and follow the instructions of your physician to prevent infection and recurrence.

Never take antibiotics that are not prescribed by a physician.

In preventing pilonidal cysts, you need to:

Franz Gliederer (MD, MPH) is a specialist in Preventive Medicine with a Medical Doctorate from the University of Vienna, Austria, and a Read Full Bio