Ovarian Cancer: Does It Spread Quickly And Is It Painful?

Ovarian cancer is a cancerous growth that develops in any part of the ovary. 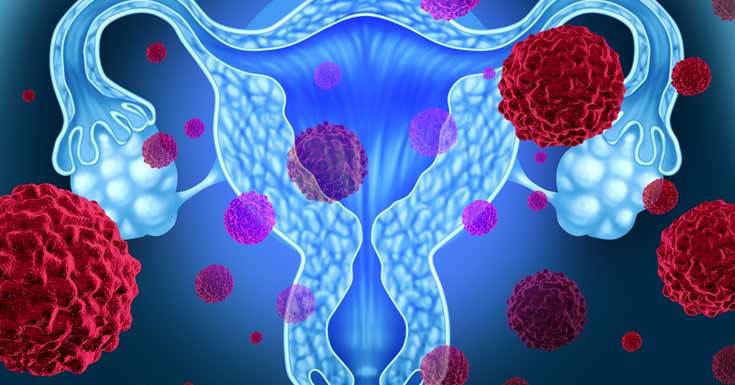 A cancer that begins in the female organs that produce eggs (ovaries). Shutterstock Images

The majority of ovarian cancers are on the outer lining (epithelium) of the ovary.

It is the 8th most common type of cancer in American women, according to the American Cancer Society[1].

1. Epithelial Ovarian Cancer: This affects about 9 out of 10 tumors of the ovary.

It means that cancer started in the surface layer that covers the ovary.

There are sub-types of epithelial cancers of the ovary that are a serous, clear cell, endometrioid, mucinous, and undifferentiated/unclassified.

Serous epithelial ovarian cancer is the most common type occurring in about two out of three diagnosed cases.

About 10% of epithelial ovarian cancers are unclassifiable because the cells are very underdeveloped making it impossible to tell which type of cell it developed from.

2. Germ Cell And Other Rare Ovarian Tumors: According to American Cancer Society, about 1% to 2% of ovarian cancers are classified as germ cell cancers that start from the cells of the ovary that make an egg.

There are also non-cancerous forms of this type of tumor that are referred to as dermoid cysts by doctors.

There are also rare types of ovarian cancers like stromal tumors and sarcomas.

They are also referred to as tumors of low malignant potential.

According to Medscape, about 10% of epithelial ovarian tumors are borderline tumors.

This type of tumor grows slowly and most are diagnosed when they are still at their early stage when the abnormal cells are still inside the ovary. 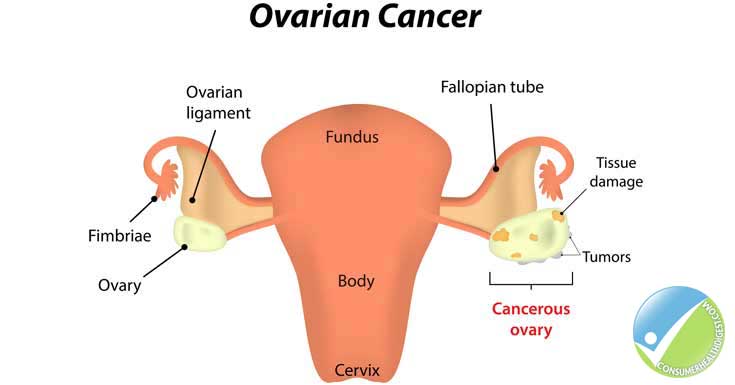 There are more than 30 types and subtypes of ovarian cancer. Shutterstock Images

Signs and Symptoms of Ovarian Cancer

The primary cause of ovarian cancer is still unknown.

The cancer cells then multiply quickly forming a tumor (mass). 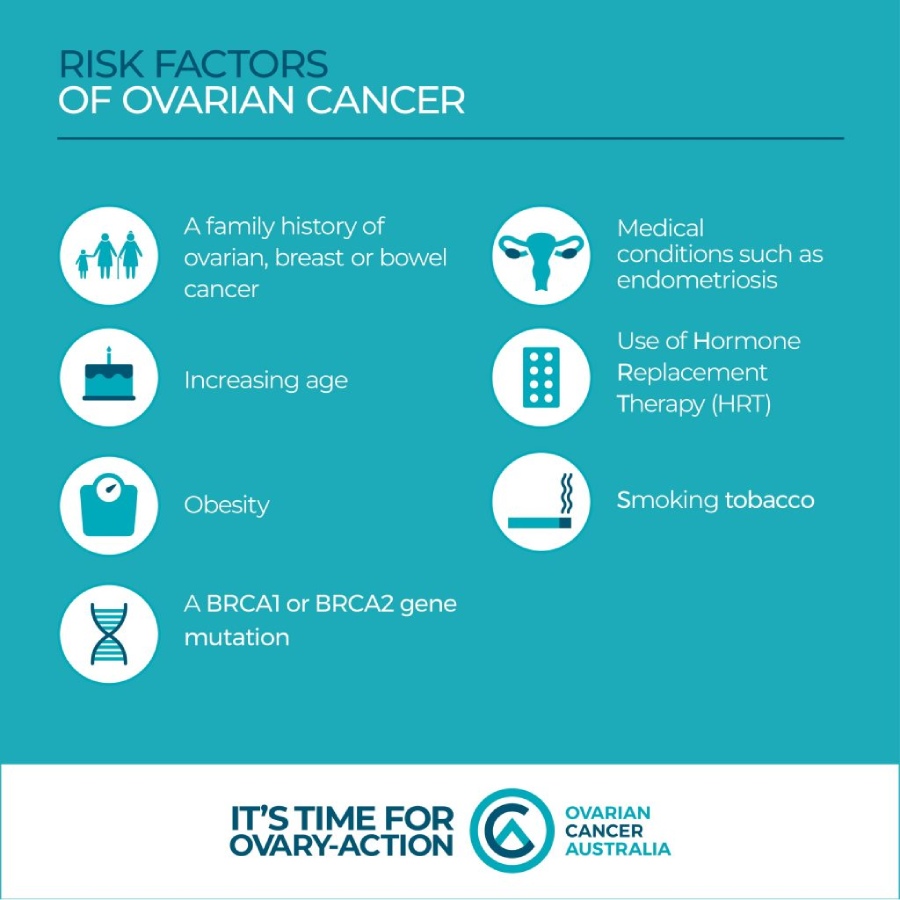 These are some risk factors of ovarian cancer. ovariancancer.net.au

Tests and Diagnosis for Ovarian Cancer

The tests and exams for diagnosing ovarian cancer are:

Treatments and Medications For Ovarian Cancer

Most cases of ovarian cancer are treated with a combination of surgery and chemotherapy.

Getting diagnosed with ovarian or any cancer is very difficult and challenging.

However, it can be easier to deal with when you have the proper support.

You need to talk to someone or a number of people about what you are going through.

There are cancer support groups in most cities in the United States and all over the world.

Of course, you also have to be realistic and set reasonable goals so that you still have a sense of purpose.

Make sure to eat healthily and get regular exercise after your doctor gives you the go signal.