Orthorexia Nervosa – Choose Food which is Best for you

Orthorexia is a condition wherein we eat only those food which we considered healthy. But are you getting adequate nutrients for your body?
Dr. Adam Friedman

Today’s topic is orthorexia Nervosa. Orthorexia, from the Greek ortho – straight or correct and orexia – appetite. Nervosa is Latin for nervous but in this context, it’s the psychological addiction to a belief or behavior. 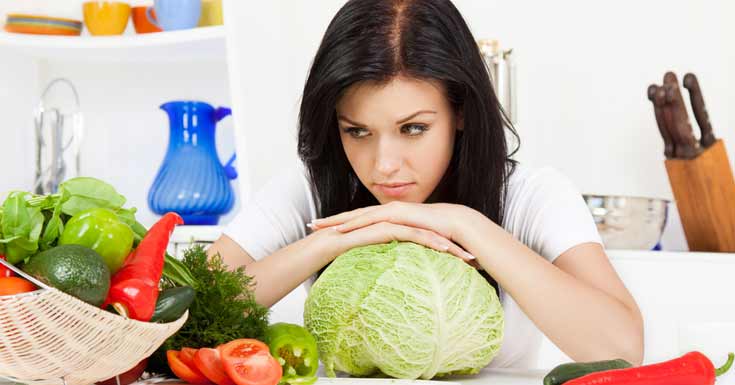 It is defined by its originator as, “a righteous fixation on healthy eating”. The term was first coined by Steven Bratman, MD, back in 1996, when he, himself, felt these compulsions to eat only the cleanest, highest quality, organic, etc., where all thought was focused on obtaining, preparing and eating only certain foods; avoiding entire food groups and creating a persona based on the (illusory) superiority of ones character over others, who didn’t follow a diet as “pure” as his own.[1], [2]

Though the Diagnostic and Statistical Manual of Mental Disorders (DSM) doesn’t currently recognize orthorexia nervosa as a distinct disease (such as anorexia nervosa or bulimia) there are a growing number of people who are becoming obsessed with food choice, at the expense of their health.

Although orthorexics are frequently anorexic and/or display obsessive compulsive behaviors, there is significant overlap in both attitudes towards (and destructive emotions about) food[3].

Because no clear definition has emerged, the term is being bandied about, lumping in “healthy eating” along with “obsessive eating”. By the way, trying to define “healthy eating”, is similarly impossible these days. I would suggest, “Eating to gain the most balanced nutritional state, with the least detrimental impact on the person or environment”, would be a good place to start but that’s a topic for another day.

Since the term was coined, a self-questionnaire has been developed to help those who believe they may have disordered eating beliefs. It is called the ORTO-15 test and is comprised of 15 questions. You can take the exam from the footnote below[4].

In these early stages of the development of the diagnosis, I would encourage caution. For example, simply choosing to eat more nutrient-dense, whole foods, when feasible, over the more heavily processed, artificially flavored and colored, nutrient-deficient foods, does NOT make one orthorexic. Likewise a concern over pesticide-laden, genetically modified, factory-farmed, inhumanely raised, monoculture crop “foods” created with the sole intention of generating greater wealth for the agro-corporations in charge of growing said food, is NOT unfounded when choosing your groceries at the market.

Case in point; in researching for this article I found a meta-analysis of the current studies on orthorexia and was intrigued to find this study[5]. The conclusion of the study found that of the eleven studies analyzed, the average prevalence rate for orthorexia was 6.9 % for the general population and 35–57.8 % for high-risk groups (which included such people as healthcare professionals and artists). Dieticians and other healthcare professionals are at high risk, according to this research. Risk factors include obsessive-compulsive features, eating-related disturbances, and higher socioeconomic status.

However, let’s look at that study a little more closely.

It should be noted the quality of our food has decreased over the last fifty years and the very definition of “food” has become almost laughable. One hundred years ago the thought of eating something neon purple would have been an impossibility. Nowadays it’s just another thing on sale from your local Kwiky-Mart.

“Food is cheap in North America and we get what we pay for. (U.S. residents spent on average about $2,273, or about 6.4 percent of their annual consumer expenditures, on food in 2012, according to the United States Department of Agriculture (USDA).” {use box}

Compare that to…any other country! This info-graphic demonstrates the disparity between countries[6].

I don’t want to turn this into a ‘conspiracy’ piece about agro-corporations and political corruption. You can learn more about that here,7 here,8 and here.9

Now, if these health care professionals, who likely know more about nutrition, food quality, and ethical farming practices, choose to limit certain food groups (having studied evolutionary biology), choose nutrient-dense organic options (having learned about the deleterious effects of pesticides, herbicides, fungicides, etc.) and choose ethically raised animals for food (having seen either firsthand or through research, the horrific treatment of factory-farmed livestock) then yes, it’s likely these people will be wrongfully labeled as orthorexic because they don’t eat a SAD (Standard American Diet) diet.

However, if you find yourself opting out of social situations and interactions out of a concern for your ability to procure “healthy” food choices, or you limit travel for fear of not being able to “eat clean” on the road, or if you never allow yourself minor indulgences for special occasions (holidays, birthdays, etc.) then you should consider the possibility you may have an unhealthy relationship with food and seek additional professional help.

I’m finding it difficult to be objective in this because I spend a significantly larger (than the average American) percentage of my income on quality food. I believe food is medicine. Now, I also believe, “All things in moderation…including moderation”. I have a “cheat day” once a week and let me tell you, it’s a helluva cheat day! Pizza, brownies, ice cream, you name it. It doesn’t sabotage my best efforts, nor do I feel as if I’m sacrificing a full life, in pursuit of optimal health.

Read Next : A Recovered Anorexic Measuring Calories- Insights On Intuitive Eating and The Difficulties Of Living With Iron Deficiency Anemia

I foresee a reinterpretation of the definition of orthorexia in the next 5-10 years, as more people understand the current status of food, food production, and distribution and farming practices in North America. In the meantime, please continue to eat real, nutrient-dense, whole food, more often than not. Oh, and don’t forget to move a little every day.

Dr. Adam Friedman has been helping people improve their health for over 30 years. He is most interested in helping those who have the Read Full Bio