Clostridium Difficile is naturally present in our intestine. But if Intestinal balance gets disturbed somehow, then it could be dangerous for our body.
Sam Kramer, MS, RD, CSSGB, LDN, CISSN

Clostridium difficile can be the primary cause of severe infection. Shutterstock Images

C. difficile colitis is defined as an infection of the colon caused by C. difficile bacteria. Interestingly, the infection affects people who take antibiotics primarily. Evidence shows[1] that there has been a dramatic increase in the incidence of CDI since the turn of the 21st century. What’s more, the infection has emerged even in regions that were previously considered low risk.
From 1996 to 2000, the incidence of CDI cases in acute care US hospitals was relatively stable at 30-40 discharges per 100,000 population. However, in 2003 the incidence doubled to 60 discharges per 100,000 population. Although these figures don’t seem like a “big deal”, the severity of the problem is best depicted with the fact that in a period from 1991 to 2003, the incidence of this infection more than doubled from 65.6 to 156.3 per 100,000 people. During last 10-15 years, C. difficile infection has become more prevalent on a global level.

As mentioned above, the infection is caused by the Clostridium difficile bacteria and although some people have it in their intestine naturally, it is also found in soil, water, processed meats, animal feces, and some food products.
The infection is most frequently linked to healthcare and recent use of antibiotics. That explains why CDI usually occurs in hospitals and other healthcare facilities where a significantly higher percentage of patients carry these bacteria. Bearing that in mind, it is important to mention that a great deal of cases accounts for community-associated infection which occurs in populations that aren’t generally considered high risk.
For instance, the most recent study found that the spread of C. difficile in Europe could be associated with food animals and distribution channels. The research opens the discussion and calls for further studies to investigate other means of spread of this infection.
Spores from the bacteria are passed in feces and spread through objects, surfaces, and food when individuals who are infected don’t wash their hands regularly. For example, if you touch a surface contaminated with the bacteria you swallow it without even realizing it.
If you’re wondering why antibiotics are linked to the infection it is because when you take them, they kill the good bacteria thus allowing C. difficile to grow in your large intestine and release toxins. As a result, inflammation develops and leads to the infection that can be life-threatening in some cases. 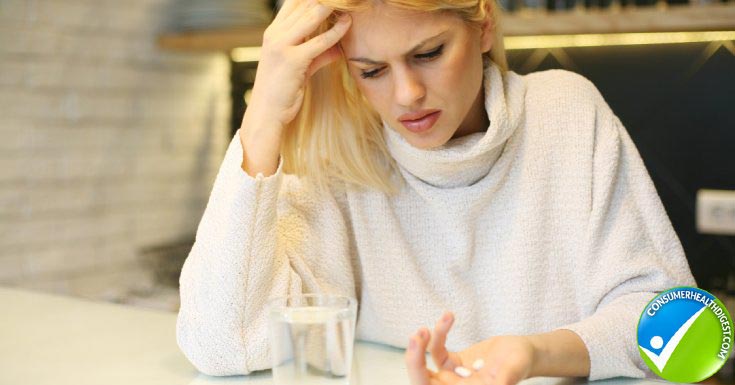 Discussing your symptoms with the physician helps to diagnose CDI earlier. Shutterstock Images

Everyone can develop this infection, but those who are at a higher risk are people who:

Some people who care the bacteria don’t get sick, but they can still spread the infection. Symptoms of CDI develop within 5-10 days after you start using antibiotics. Signs and symptoms vary based on the severity of the infection.
Symptoms of mild-to-moderate CDI are:

Signs and symptoms of a severe case of CDI include:

Generally, you should see your doctor if you have diarrhea or watery stools a few times a day and experience other symptoms from this list for a few days without feeling better. The infection is not to be messed with since it is associated with complications like kidney failure, toxic megacolon, bowel perforation, and even death in some cases.

How is CDI Diagnosed? 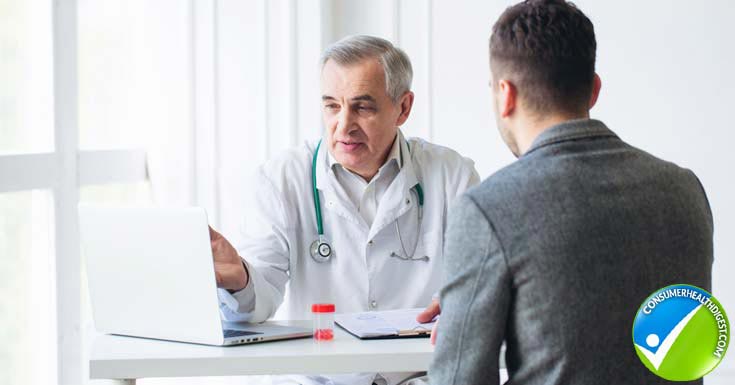 Discussing your symptoms with the physician helps to diagnose CDI earlier. Shutterstock Images

Your physician will ask you about symptoms you experience and based on the information you provide and bearing in mind you’re taking antibiotics (make sure your doctor knows this info) he/she will already suspect you have C. difficile infection.
To rule out other conditions with similar symptoms, the doctor may order a sample of stool to be tested for toxins that the bacteria produces. In some cases, patients undergo colonoscopy.

To treat the CDI, your doctor will suggest discontinuing using the current antibiotics. Ironically, the treatment for this infection includes using antibiotics[3] such as metronidazole (for milder infections), vancomycin, or fidaxomicin.
Individuals who experience severe pain, organ failure, toxic megacolon and other complications associated with CDI may undergo surgery if their condition doesn’t improve with medications. During the surgery, the diseased portion of the colon may be removed.
For people with recurrent infection, treatment revolves around medications, probiotics, and fecal microbiota transplant.
Patients are advised to take plenty of fluids and adapt their nutrition to manage their condition properly. For example, if you have diarrhea you should eat starchy foods and oatmeal as well as bananas, crackers, boiled vegetables, and soup.

These tips can prevent you from getting infected. foamid.com

Clostridium difficile infection is caused by the bacteria and it is spread through contact with contaminated surfaces, objects, foods, and other means of transmission.
Some people also have it in their body and although they don’t get sick, they can still spread it to someone else. It is crucial to see your doctor if you experience symptoms of CDI to get adequate treatment.