International Day of Yoga: The Significance of Yoga

Yoga is one of the oldest practices in the world, being able to improve our spiritual, mental and physical health. Originating from India, yoga is practiced nowadays all over the world, gathering enthusiasts of different ages, occupations and cultural backgrounds. On 21st of June, we are celebrating the International Day of Yoga, a day which was proclaimed by the United Nations and which is meant to raise awareness worldwide, with regard to the benefits of yoga.

Each year, a different theme is chosen for the International Day of Yoga. In 2017, the chosen theme regards the health benefits of yoga, as it is considered that this practice can be very well used to achieve balance between the physical body and the mind.

“Yoga for Health” is organized by the Permanent Mission of India and it is meant to raise awareness with regard to the benefits of yoga; this practice becomes more than necessary in a world dominated by chronic conditions and a reduced quality of life. The main idea behind the event is that yoga is one of the main practices that could help us lead a sustainable lifestyle, one that is more in harmony with nature.

What are The Main Benefits That Yoga Has To Offer?

According to a study published in the Journal of Alternative and Complementary Medicine, yoga is beneficial for both physical and mental health. The authors of the study confirm that yoga is as beneficial as any other form of physical exercise, improving the outcome of different medical conditions. Among the conditions that can benefit from the regular practice of yoga, there are: cardiovascular disease, obesity, diabetes, depression and autoimmune conditions.

In another study, which was published in the Journal of Behavioral Health Services & Research, yoga is presented as having mental health benefits for adolescents enrolled in secondary school. The regular practice of yoga reduced the levels of anxiety and stress for participants to the study, while improving overall mood and resilience. The authors of the study suggested that the introduction of yoga into schools might be extremely beneficial for mental health maintenance.

The health benefits of yoga have made the subject of another study, published in Journal of Psychosomatic Research. The authors of the study confirmed that yoga is particularly beneficial for mindfulness-based stress reduction. Apart from that, they highlighted the fact that yoga could be a useful practice for those who suffer from physical, as well as psychosomatic and psychiatric disorders. The regular practice of yoga could improve the vitality of such patients, providing them with efficient coping mechanisms.

Why is it Important To Raise Awareness about The Health Benefits of Yoga? 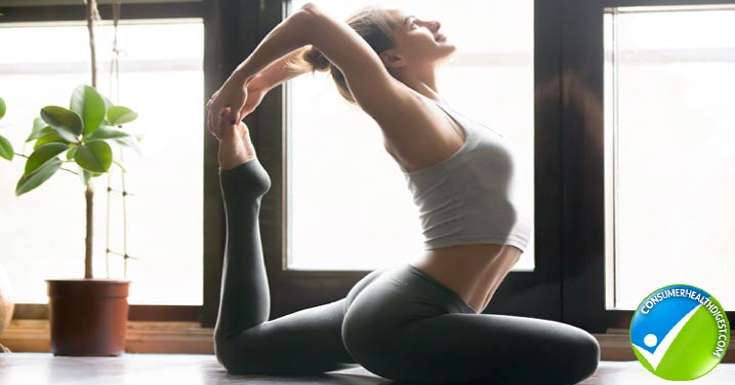 In today’s modern world, we are often tempted to resort to medication, in order to address a number of acute and chronic conditions. However, medication often has side-effects, modifying the overall quality of life. In such situations, it becomes imperative to search for additional solutions, preferably for solutions that do not come with such risks. Yoga is the answer to a wide range of health problems and this is the main reason why it is essential to raise awareness about this ancient practice.

Throughout the entire world, there are millions of people who practice yoga on a regular basis. These are the ones who have understood that yoga has a wide range of benefits to offer, with regard to physical, mental and spiritual health. However, many more people are unaware of this practice and what it has to offer. The International Day of Yoga represents the perfect occasion to draw attention to the health benefits of this practice, especially in comparison to other treatments or medication available.

More about The International Day of Yoga

The International Day of Yoga was celebrated for the first time in 2015, having been proclaimed by the United Nations in the previous year. Its logo contains a number of interesting elements, such as the folded hands (harmony between mind and body), brown & green leaves (Earth & nature), blue center (water), bright circle (fire) and sun (energy & inspiration). At the bottom of the logo, we find the message “yoga for harmony and peace”, which is statutory for this practice. 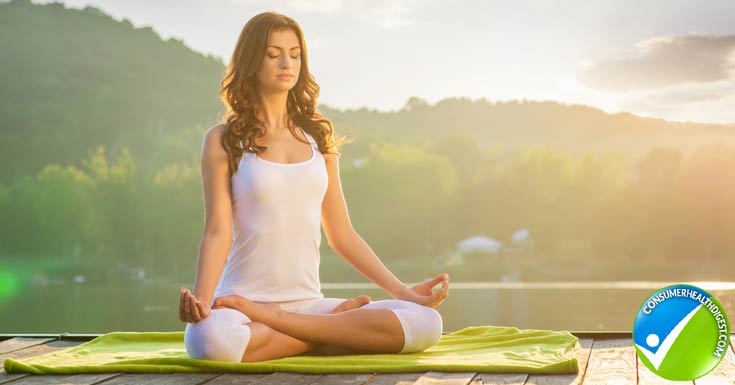 Yoga is a practice with a tradition of 5000 years, being closely connected to the culture of India. In deciding on the actual date for the International Day of Yoga, 21st of June was not a random decision. This is the day of the summer solstice, which is also known as the longest day in the year, having a special significance in different corners of the world. The day was proclaimed after a declaration made by the Prime Minister of India, who spoke deep words about the benefits of yoga. Among other things, Mr. Narendra Modi called yoga “a holistic approach to health and well-being”.

According to the history of yoga, we are told that it was on the day of the summer solstice that the practice of yoga began to be made known to the world. The first yogi, Adiyogi, came into contact with the Seven Sages, which were the first disciples to spread the word about the practice of yoga. In a way, it is quite beautiful that the 21st of June was chosen as the date for the International Day of Yoga, as it reminds of how everything started.

The International Day of Yoga is a great event, being supported and celebrated by an important number of countries from all over the world. First and foremost, it is meant to draw attention to the health benefits of yoga, being presented as a holistic practice. In a world where more and more people are diagnosed with chronic conditions, which affect their physical and mental well-being, the ancient practice of yoga gains a lot of significance. It is also meant to address the spiritual needs of the modern individual, so much tainted by the challenges of daily living.

This article changed my life!
X

I have a medical question.
X

This article was informative. Change
X

I have a medical question.
X

This article doesn’t have the information I’m looking for. Change
X