Coping Up with Statin Side Effects – CoQ10 is the Answer

Aches and pains from your statin drug? Natural nutrient CoQ10 can help you in these sufferings.
Robert G. Silverman, MS, CCN, CNS, CSCS

Statin drugs such as atorvastatin (Lipitor) and pravastatin (Pravachol) are widely prescribed to lower high cholesterol, especially in people who have already had a heart attack, have heart failure, or have diabetes. These drugs are effective—they can help prevent a second heart attack and serious cardiac events in people at high risk.

Some people may experience an unpleasant side effect after taking statins drug. Shutterstock Images

As many as 25 percent or more of people who take statins, however, experience muscle pain and weakness from the drug[1]. In fact, this happens so often that doctors have a name for it: statin-associated muscle symptoms, or SAMS. The discomfort and reduced mobility of SAMS is generally mild, but for some people, it’s severe enough that they want to discontinue the drug, even though they need to take it.

For many, the solution to this dilemma is a supplement called coenzyme Q10, also known as CoQ10 or ubiquinone. Coenzyme Q10 helps your mitochondria (the tiny powerplants in your cells) make energy. It’s also an antioxidant that helps prevent cell damage caused by free radicals released as part of your normal metabolism.

Your body needs CoQ10 in tiny amounts to stay healthy, but your cells can’t make it—you need to get it from your food or from supplements. In that sense, CoQ10 is very much like a vitamin.

Just as you do with vitamins, you normally get the small amounts of CoQ10 your body needs from foods, including meat, fatty fish, leafy green vegetables such as spinach and broccoli, legumes such as soybeans and lentils, nuts, oranges, and strawberries. CoQ10 is also found in canola oil and soy bean oil. If you take a statin drug, however, you may need more CoQ10 than you can get from your food. 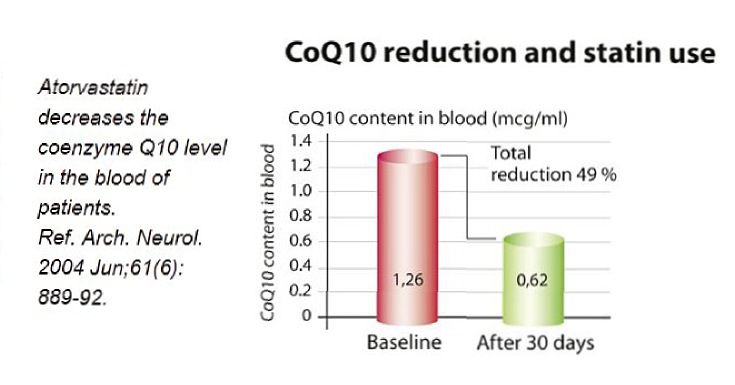 Statin drugs lower the levels of CoQ10 found in your blood. Researchers believe that the lower levels play a role in the muscle pain and weakness statins can cause. This makes sense, because CoQ10 is involved with energy production in the mitochondria, and muscle cells, especially those in your heart muscle, have a lot of mitochondria. If your mitochondria aren’t working as well as they should because you’re low on CoQ10, the result could be muscle pain and weakness.

Taking CoQ10 supplements can help raise your levels and might be helpful for relieving SAMS. The evidence for this is mixed. Some studies show a moderate benefit; others don’t show much of a difference.

Why are the study results on CoQ10 so mixed? One important reason is that CoQ10 from supplements isn’t absorbed easily by the body. The dose and the type and quality of the supplement make a difference and could account for some of the variation in the study results.

The studies used a range of CoQ10 doses and products, but some CoQ10 supplements are more bioavailable that others. Those made with microactive CoQ10, for instance, are absorbed two to three times more easily than standard CoQ10 preparations[5].

So, if you’re having SAMS, should you take CoQ10 or not? Even though the evidence is mixed, many doctors say you should give it a try for a month or six weeks before giving up on taking a statin and losing the important benefits of the drug. CoQ10 is very well tolerated in the body, with no real side effects. The upside is your SAMS symptoms improve; the downside is nothing happens.

There’s a big red flag to CoQ10 use, however. If you take any sort of blood thinner, such as clopidogrel (Plavix) or warfarin (coumadin), don’t use CoQ10. 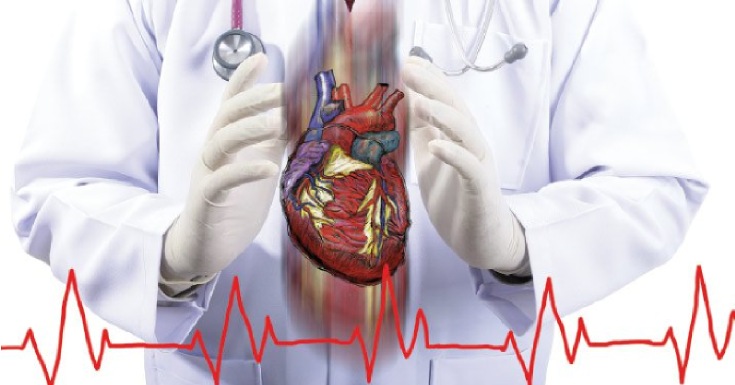 If you have heart failure, CoQ10 can be effective for improving symptoms, preventing a major adverse cardiovascular event, and prolonging your life—whether or not you take a statin drug. Numerous studies and meta-analyses (studies of studies) have shown that CoQ10 supplements can improve functional measures such as ejection fraction and cardiac output, safely and without side effects.

If your heart is failing, its cells need all the help they can get to keep powering your heart. Unlike drugs such as statins, which block cellular processes, CoQ10 enhances the energy production process. 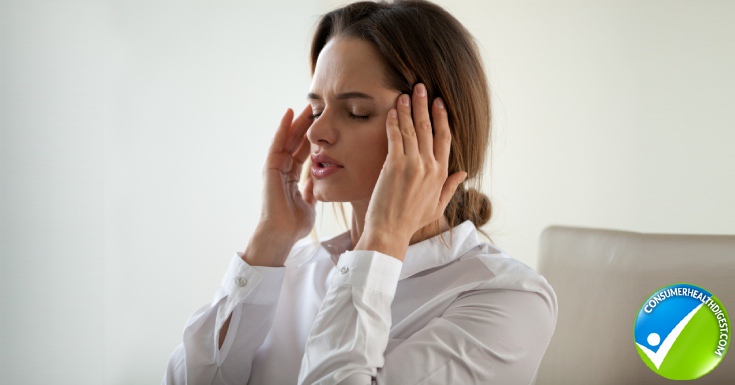 Taking CoQ10 can treat a migraine by reducing their frequency. Shutterstock Images

Many researchers believe that some migraine headaches are caused by problems with the mitochondria in the brain cells[7]. For people who get frequent migraines, it’s possible that taking CoQ10 supplements could help their brain mitochondria work better and prevent the headaches or reduce their frequency.

The studies to look at this have been small, but overall they support the idea that CoQ10 can help. In one study of only 31 people with frequent migraines, taking CoQ10 daily for three months helped more than half have a 50 percent reduction in the days when they had migraines. Another study of only 42 people with frequent migraines gave CoQ10 to half for three months; the other participants got a placebo. The CoQ10 group was three times as likely to have fewer migraines.

Interestingly, a study of 1,550 young people who got frequent migraines found that a third of them had low CoQ10 levels. When these people were given CoQ10 supplements, they had fewer migraine attacks. In all the studies, the participants had no or very mild side effects from taking CoQ10 supplements[8].

I believe CoQ10 is an extremely valuable supplement for improving mitochondrial function, which in turn can help improve statin side effects and heart failure symptoms and help prevent migraine headaches.