What are the 6 Effective Natural Treatments for Spring Allergies

The warmer days of spring are a welcome relief from winter, but with them come seasonal allergies, also called allergic rhinitis or hay fever. For many, spring means annoying allergy symptoms such as sneezing, a runny nose, watery eyes, a scratchy throat, and even asthma attacks.

When your seasonal allergies are acting up, it’s because cells in your mucous membranes—inside your nose, your mouth, your throat, your lungs—are responding to exposure to tree pollen, grass pollen, weed pollen, and mold spores.

Even though these allergy triggers are actually harmless, your immune system mistakenly thinks they’re a threat and responds by releasing histamines to get rid of them. It’s the release of histamines that set off the symptoms of seasonal allergies. Not only do you feel generally lousy from all that sneezing and sniffling, you’re at higher risk of developing sinus infections and asthma attacks.

At this time of year, drugstores have big displays of over-the-counter antihistamine medications such as cetirizine (Zyrtec), fexofenadine (Allegra), and loratadine (Claritin). You’ll get some symptom relief from these drugs, but at the risk of side effects such as drowsiness, dry mouth, difficulty urinating, nausea, and blurred vision. And if you have a health condition such as enlarged prostate, thyroid disease, kidney disease, glaucoma, and a long list of other problems, these drugs could worsen the condition or interact badly with other drugs you need to take. 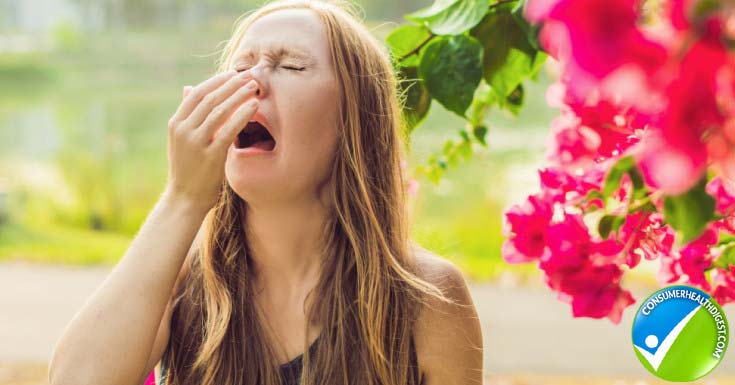 Trying the natural approach to seasonal allergies to relieve symptoms is a gentler approach with much less risk of side effects and dangerous drug interactions.

Probiotics are a good first step to keeping seasonal allergies under control. Probiotics help boost the number of beneficial bacteria in your intestines, that boosts your overall immunity and can help keep your immune system from attacking as hard when you’re exposed to harmless pollen. In a recent study, taking a combination probiotic supplement that contains lactobacilli and bifidobacteria was shown to help reduce the frequency and intensity of the allergic response to airborne allergens.

Why does this work? It’s probably because the probiotics increase the number of regulatory T cells in your immune system, which in turn increases your tolerance to seasonal allergy triggers. Probiotics take a while to have an impact, so for the best results, start taking them at least a month in advance of the spring allergy season.

You’ll probably get the extra probiotics benefit of better digestion and improved overall immunity as well. One strain of Lactobacillus, known as L. acidophilus L-92, has been shown to be particularly effective for seasonal rhinitis[1].

For times when seasonal allergy symptoms are acting up, natural supplements can be very helpful. Try these supplements as safe alternatives to antihistamine drugs: 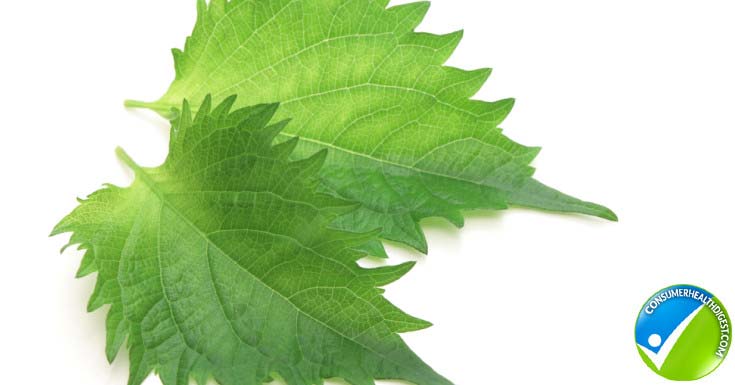 Perilla, also known as shiso, is a plant in the mint family. In traditional Chinese medicine, it’s used to treat asthma. You can eat perilla leaves—as shiso they’re used a lot in Japanese cuisine—but they may be hard to find. Dried perilla leaves in capsule form are more convenient.

A natural enzyme found in pineapples, bromelain is effective for reducing one of the most annoying seasonal allergy symptoms, nasal swelling and inflammation. Take it in capsule form, up to 1,000 milligrams a day[3].

A polyphenol found in many fruits and vegetables, such as apples, onions, and kale, quercetin is a natural antihistamine that reduces the release of histamines from mucous membranes. Quercetin takes a while to work—it’s most effective if it’s taken regularly for at least three weeks, preferably starting before the allergy season begins.

Quercetin is often taken in combination with bromelain to make it easier for the body to absorb[4]. 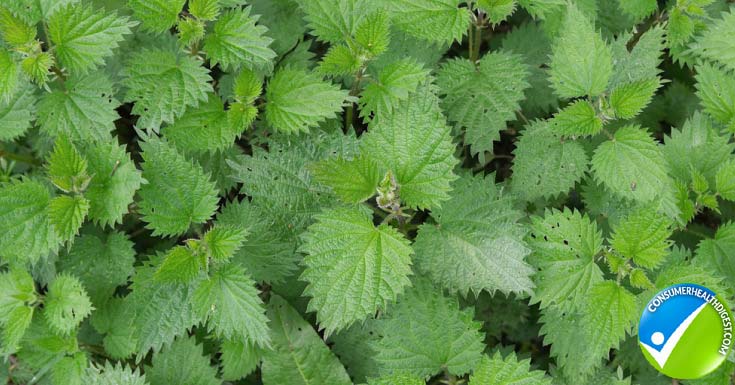 This common woodland plant gets its name from tiny hairs on the leaves that break off when you brush against them. The hairs cause a stinging sensation and sometimes a rash if they touch bare skin.

Paradoxically, while the hairs on the leaves can cause an allergic reaction, stinging nettle taken internally can have a powerful anti-allergy effect. Stinging nettle works best if it’s taken regularly, starting before seasonal allergy symptoms appear. The leaves can be cooked and eaten much like spinach or can be made into a tea. Many people prefer the convenience of capsules containing dehydrated leaves[5].

One of the most effective herbal remedies for respiratory allergy symptoms is butterbur. In fact, a study in 2005 found that it worked as well for relieving hay fever as a popular over-the-counter antihistamine. The usual dose is 500 milligrams a day. Pregnant and nursing women should avoid butterbur; don’t give it to young children[6].

Curcumin, the active ingredient in turmeric, has anti-inflammatory effects that help reduce nasal and airway swelling. Curcumin also has an anti-allergy effect that inhibits the release of histamine. Turmeric can be used in cooking, mixed with milk and honey or made into tea for a soothing drink, or taken as capsules[7].

Read Next – Food Allergy: The Do’s And Don’ts You Really Need To Know

Natural supplements are gentler than antihistamine drugs. You’ll get the most benefit from the supplements if you keep taking them throughout the allergy season, not just when your symptoms are bad.

Taking several different supplements every day for seasonal allergies can be cumbersome, however. A good alternative is the supplement Allerfin, it combines allerinol (perilla leaf extract) with quercetin, bromelain, and stinging nettle in one convenient capsule.

Your natural allergy strategy will help keep bad allergy attacks from happening and help reduce your overall allergy symptoms. Bonus benefit: You’ll be able to stay active during allergy season and avoid the loss of fitness and mental sharpness that come from staying indoors away from pollen.