Facebook, Twitter, Instagram, Snapchat, LinkedIn – nearly everyone carries his/her social network in a pocket, purse, briefcase or backpack. Recent U.S. statistics indicate that upwards of 92 percent of 18- to 29-year-olds own a smartphone; people in other age groups don’t lag far behind. Overall, most of us – 81 percent – have a social media account; that number increases by about 5 percent annually.

In the next decade, nearly everyone in this country will use social media to some degree. Is it okay to tweet about every news story, send photos daily via Snapchat, comment immediately? The research says, “No. Not okay.”

As teens are the highest users of most social media, research has focused on identifying problems this connectedness can cause.

Although these stories deserve our attention, there is other, subtler-yet-serious fallout that can arise from teens’ social media use, especially with very frequent use.

A recent survey found that two-thirds of high school students sleep next to a smart phone or tablet; 43 percent of them woke at least once per night to check and/or respond to messages.

Another study revealed that 40 percent of young people who used a smartphone at bedtime had poor sleep quality, which negatively affected their school work, grades and mood. Even the ‘blue’ light emitted by devices threatens rest; studies show it disrupts melatonin, a hormone that helps humans to sleep.

According to Harvard Medical School, inadequate sleep for anyone can have both long-term and short-term consequences, including diabetes, obesity, cardiovascular disease and even early death. Adults who can’t let their devices go at bedtime are also at risk. 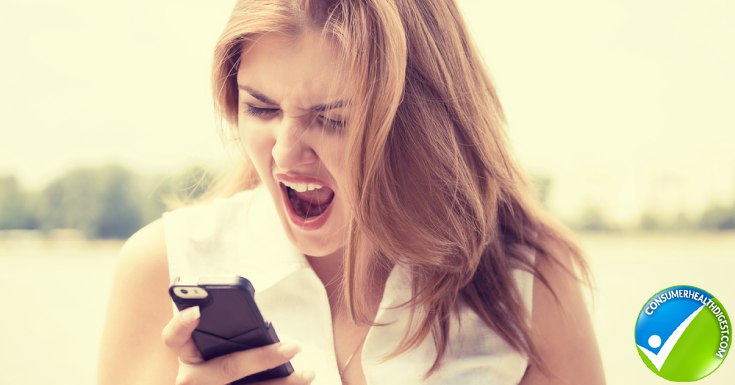 The psychological effects of social media on teens, who are notorious for obsessively checking for posts and messages, have been reported in numerous studies. Research shows that the fear of ‘missing out’ on friends’ posts and not participating in multi-post conversations induce anxiety.

Viewing posts of friends having fun with each other and feeling left out has been shown to produce anxiety, depression, low self-esteem and even social isolation. Teen development is a sensitive time for the brain and body; early negative psychosocial effects can easily endure in adulthood.

Adults are not immune to the ill-effects of social media use; many of the findings regarding young people are echoed in the adult population (and vis a versa).

People of all ages are subject to cyber-bullying, feeling left out and perceiving that their friends’ lives are better than their own. And when friends are going through a rough patch, a 2015 study showed, women suffer a “cost of caring” effect—learning online about stressful events in other people’s lives increased their own stress.

Social media overuse can cause symptoms akin to substance use and other addictions, causing behaviors such as neglect of personal life, mental preoccupation, escapism, mood-modifying experiences, tolerance and hiding their addiction.

Not surprisingly, research also shows that people may experience psychological symptoms of withdrawal when they stopped using social media and the internet.

The amount we use social media influences its negative effects. Studies show that increased Facebook use is associated with less moment-to-moment happiness and satisfaction with our lives.

Ironically, using Facebook frequently can leave people feeling socially isolated; this feeling, in both adults and teens, likely arises from comparing our lives to those of other people—surprisingly, feeling better off or worse off than our friends are both linked to symptoms of depression.

The power of comparing our lives to those of others cannot be overstated. Seeing our friends go on vacation while we’re stuck in the office, or seeing their perfect, angelic kids winning college scholarships while our own children become high school drop-outs, can trigger jealousy.

The authors of one study examined jealousy and other negative feelings, concluding, “This magnitude of envy incidents taking place on FB [sic Facebook] alone is astounding, providing evidence that FB offers a breeding ground for invidious feelings.”

Those researchers also found a relationship between Facebook user’s level of envy and feelings of depression; as jealousy increased, so did depression. The reverse was also true.

Research also shows that having more “friends” on Facebook does not makes people happier. The perception of being social because you post and read posts several times a day does not replace the benefits gained from face-to-face interactions with friends and family.

In fact, the more people socialize on social media, especially when they do so to the exclusion of physically meeting up or talking on the phone, the lonelier they feel. And loneliness is associated with both physical and mental health hazards, including early death.

Social media is not going anywhere, and it certainly has benefits with moderate use. Social movements such as clothing or food drives benefit both the giver and the recipient.

Being able to connect with loved ones hundreds or thousands of miles away to share life milestones is uplifting, and enables individuals to connect in real time.

Online support groups and programs have helped people get sober, lose weight, exercise more and quit smoking by remotely sharing their struggles and victories with others undergoing similar experiences.

But compulsive, obsessive and heavy social media use is bad for our physical and mental health. Period. 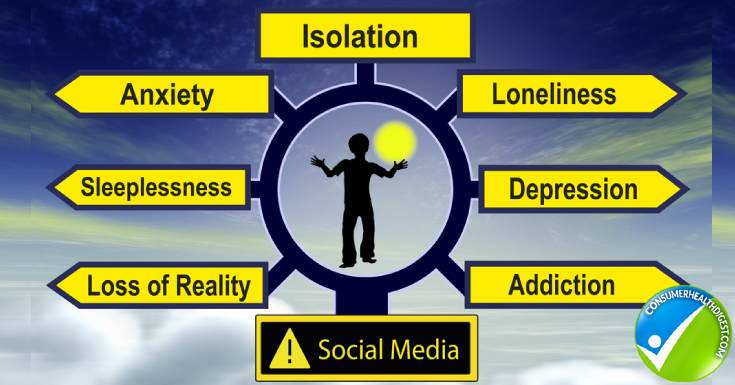 Social media in and of itself is not the problem. The problem is human behavior. Just like eating a piece of chocolate cake isn’t necessarily bad for you, consuming social media doesn’t automatically make us mentally and physically sick.

But if we keep craving cake and feel compelled to eat it more frequently, we will become addicted to the sugar “high,” and develop health problems. But if we carefully plan and control how much cake we eat and how often, we can have our cake and eat it too.

The American Academy of Pediatrics recommends that parents create space for creativity and quality face time, and ensure participation in important activities without devices, including face-to-face time, family time, outdoor play, exercise and other periods media downtime; cutoff times for devices before sleep are also important. Guidelines for children include:

For infants and toddlers, long periods of creative, unplugged playtime are beneficial; although media can have educational benefits for children starting at 18 months, it should only be high-quality programming, such as Sesame Street Workshop and PBS kids’ programs

In terms of pre-school kids, parents should watch media with their children to explain and help them understand what they are seeing

For school-aged children and adolescents, parents should ensure a balance between media use and healthy behaviors by designating media-free times, such as at meals, and media-free zones, such as bedrooms at bedtime or the family room when watching movies

Remember, “monkey see, monkey do”; adults should observe all or most of the rules they set for their children. Stick to a strict daily schedule that has device-free times. Your family, friends and mind will thank you for it.