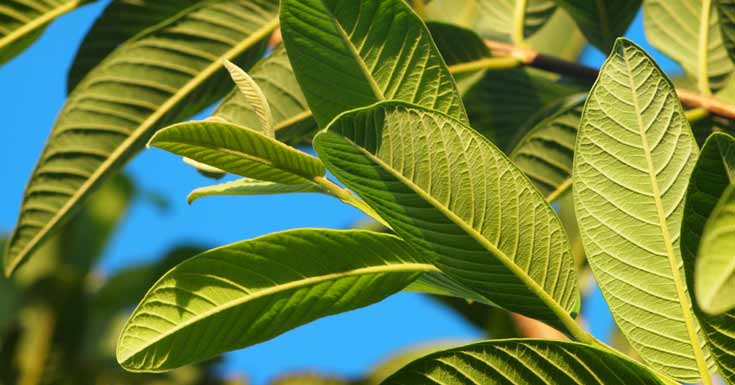 Guava plants are not nearly as popular in the Americas as in other countries, though you should be able to find it at the local grocer. Perhaps instead of just searching out the fruit for it’s many health benefits however, you should (also) be shopping for Guava Leaves.

It is stated that guava leaf, like many other herbs, has an amazing array of qualities. Furthermore, they have been used by natives for many years due to their highly-effective healing characteristics.

OM Times also report that the leaves of guava are rich in anti-inflammatory and antibacterial agents. They explain that the leaves also contain a large amount of antioxidants and that the combination of these properties can assist with alleviating painful symptoms.

This site further suggests a few initial benefits of the leaves of this seemingly un-noticed fruit.

The Yakult Central Institute located in Japan reported findings of a study that linked the consumption of tea produced from guava leaves to lower blood sugar levels. The study provided evidence that the tea reduces the activity of alpha-glucosidease enzymes in the body. A group of patients consumed the tea for a total of 12 weeks. At the end of the study, no increase in the production of insulin were observed, but all patients had lower overall blood sugar levels.

Further reports claim that the use of guava has been active in Chinese medicine for many years, especially as a treatment remedy for diabetes.

By inhibiting the absorption of sucrose and maltose, the two main types of sugar, guava leaf compounds, when steeped in hot water and served as a tea, can help individuals with diabetes effectively control their blood sugar levels, especially after eating a meal.

By enhancing enzyme production within the digestive tract, a tea produced with guava leaves can kill several known bacteria that is found within the stomach’s lining. This benefit is mainly due to the antibacterial properties found within the guava leaf. This process alleviates toxic enzymes from being created by bacteria within the digestive system. The leaves of guava trees can also assist with alleviating nausea and can be used as a treatment remedy for vomiting. Furthermore, studies claim that diarrhea and food poisoning can also be treated with these extracts.

Drugs.com reports findings of a study that was published in 2008, linking the extracts of guava leafs to the growth of a bacteria that is associated with diarrhea. The bacteria are known as Staphylococcus arureas. The study was conducted by the Revista do Instituo de Medicina Tropical de Sau Paulo.

Antioxidants – Studies have also found that tea produced from guava leaves are rich in antioxidants, which assists in slowing down the aging process. The risk of developing debilitating diseases can also be reduced with the consumption of this type of tea. 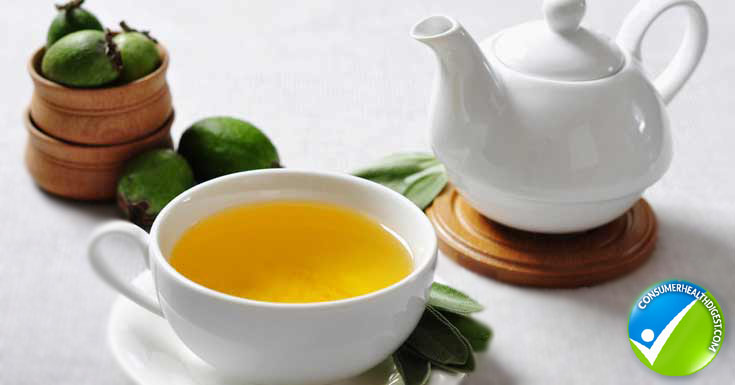 It is noted through the University of Maryland Medical Center that this compound acts like an antihistamine and an anti-inflammatory, and may help protect against heart disease and cancer.

Quercetin (QT) – quercetin is a flavonoid that is greatly studied for its many potential health benefits. It is an antioxidant similar to Vitamin C with anti-inflammatory effects.
To better help you understand these definitions – flavonoids and antioxidants are found in many foods.

Flavonoids help our system to metabolize our food and the anti-oxidants found within and surrounding many of these compounds, work together to give you optimal effect from the food you are putting in your body.

Follow the list here for more information on what this one antioxidant, found in guava tea leaves can do good for you –

– Helps Prevent or treat Heart Disease and Hypertension – A study conducted in 1993 provided evidence that regular intake of guava fruit can decrease blood lipids, as well as reduce blood pressure. They go on to report that these benefits are mostly due to the high content of vitamin C, soluble fiber and potassium. While the small blood vessels are kept in a healthy state by the vitamin C content, the potassium assists the hearts by controlling blood pressure levels and keeping heartbeat study.

As a side note – It was found that a tea prepared with dried guava leafs can lower levels of cholesterol, as well as levels of triglycerides and low-density lipoprotein.

A 2010 study published in the Nutrition and Metabolism journal reported that a lower cholesterol level and lower lipoprotein density levels were observed among participants who consumed tea made from guava leaf. They also reported lower levels of triglycerides. These results were observed after an 8-week period. Other trials are reported to have similar results.

The compounds inside guava leaves have been associated with the prevention of histamine being released when an allergic reaction occurs. Further studies also explain that almost 100% of allergic reactions can be blocked by these compounds.

In China and a few other countries, guava leaf tea has been used by herbalists and folk healers for centuries.

These leaves are full of analgesic and anti-inflammatory properties that have been proven to relieve arthritis pain. There are no side effects to this natural herbal supplement.

Some recipes recommend to collect fresh guava leaves, crush them into a paste and apply to the swelling joints. Swelling should be diminished.

In 2010, a study was conducted by a group of medical scientist to find the health benefits of guava on prostate cancer. The results of the study provided evidence that the size of a tumor in the case of prostate cancer can be reduced through guava extract. This is reported to be a benefit of the Quercetin found in the leaves of a guava tree, in combination with other potent antioxidants that are also present. The researches go on to explain that this combination of compounds neutralizes damage done to the body by free radicals.

A 2010 study published in the Nutrition and Cancer journal reported that a process of extracting an aqueous compound from guava leaves shows promising results in fighting against cancer cells found in the prostate, in the case where a patient has been diagnosed with prostate cancer.

It is further stated that quercetin has shown effects that improve athletic performance, bone health and the immune response, preventing fatigue and boosting energy.

It is recommended to drink a cup of tea made from guava leaves daily in order to develop resistance against common colds and the flu. Guava leaves are high in Vitamin C, playing an important role in improving your immunity.

Herbalists recommend the use of guava leaves (in paste form) to maintain oral hygiene. It is stated that dental plaque is the principal factor in many oral health problems. The anti plaque properties of guava leaves are effective in preventing and treating oral problems. Use guava leaves to cure toothaches, swollen gums and oral ulcers for their powerful antibacterial agents.

There are a few ways to use guava leaves for herein. 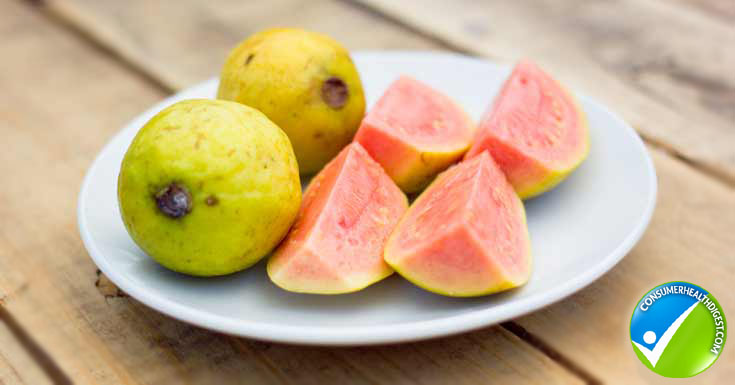 You may like to steep the leaves into a tea or churn them into a paste.

According to livestrong.com, you can make guava leaf tea by steeping leaves in hot water for five to ten minutes.

There is actually an entire website dedicated to Guava Leaf Extract where you will find several ways to prepare the leaves for a variety of different ailments. The site says that you should simmer guava leaves for a minimum of ten minutes to be sure the maximum amount of phytochemicals are extracted.

Phytochemicals are the various biological active compounds that make up all those antioxidants we were talking about.

So what’s really happened here are some benefits to the Quercetin compound found in Guava leaves. This antioxidant can be found in many plants and therefore Guava leaves are not alone in this class of healing fruits.

There are additional studies that have been conducted which have revealed several additional benefits to Guava Leaves. These are not well documented studies, but nonetheless offer a variety of additional benefits beyond what has been listed thus far within the category of the Quercetin compound.

Some of these could be old legend. Remember that guava leaves have been used by native people for centuries in methods for healing beyond western medicine techniques.

This is a natural remedy – boil a handful of guava leaves in hot water for about 20 minutes. Allow to cool before massaging into your scalp.

Relieves Itching – This may fit along in the category of allergic reactions – place guava leaves on the skin, the allergy blocking compounds will alleviate itching.

The anti-inflammatory properties in guava leaves are good for acne and even blackheads. Churn the leaves into a paste and wash face (or affected area) with warm water.

With all the beneficial remedies these guava leaves offer, it’s no wonder the extract can be found in health food stores and online. Typically, it’s the quercetin that is being sold in the form of guava leaf extract.