Epstein Barr Virus- How This Notorious Virus Could Cause Cancer?

The first human tumor virus was discovered in 1964 by Anthony Epstein and Yvonne Barr. The identification of the Epstein Barr Virus (EBV) and the cancers it contributes to has since then been the subject of considerable scientific research.

Along with herpes, shingles, and chicken pox, EBV is part of the herpes virus family. Over 90% of the adult population is infected by this virus, making it one of the most common viruses found in humans.

EBV is transmitted by salivary contact, and therefore is often referred to as the ‘kissing disease’.

Once infected, the virus remains in the body forever. For some, this will not be a problem, as it can remain dormant forever. For others, it comes out of dormancy, resulting in long-term consequences, including dramatically raising one’s risk of cancer as well as the progression of the disease.

EBV has known the oncogenic potential. At first the virus was connected mostly to lymphomas and nasopharyngeal cancer, but it wasn’t long before doctors found the connection to colon cancer, breast cancer, and other cancer. What researchers have found is that the key proteins made by EBV push immune system B cells to grow out of control and become cancerous.

Each year over 200,000 cancers worldwide is caused by the Epstein Barr Virus and responsible for more than 140,000 deaths. And, these are only the cases we know about. Few doctors automatically test patients, so likely this correlation is significantly higher. 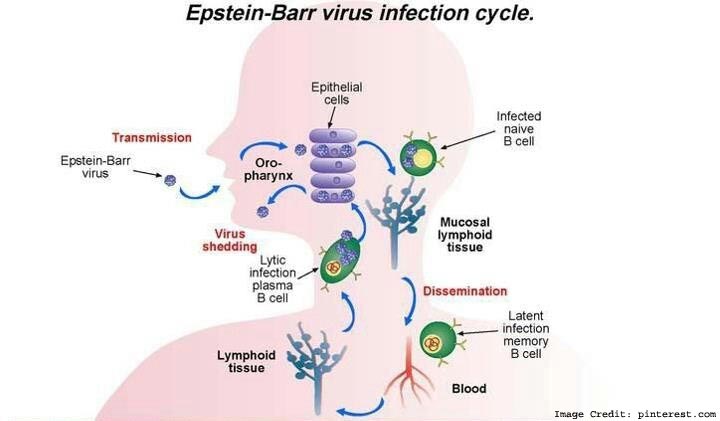 This is unfortunate as EBV has been identified in normal and malignant human breast tissues as well as in other cancers. I have found that almost all of the breast cancer patients I work with have active EBV that could well be involved in the occurrence and progression of their disease.

According to 2010 research done at the School of Biotechnology and Biomolecular Sciences, University of New South Wales, Sydney, Australia, the most specific evidence for an association between EBV and breast cancer is the identification of EBV genes within breast cancers. They identified 27 published studies concerning EBV in breast cancer.

In a study published in EBioMedicine in 2016, researchers led by Gerburg Wulf, MD, Ph.D., of the Hematology/Oncology Division at Beth Israel Deaconess Medical Center, reported that EBV might make breast cancer more aggressive.

EBV-positive T- and NK-cell leukemia is an aggressive disease that is resistant to the usual chemotherapy. 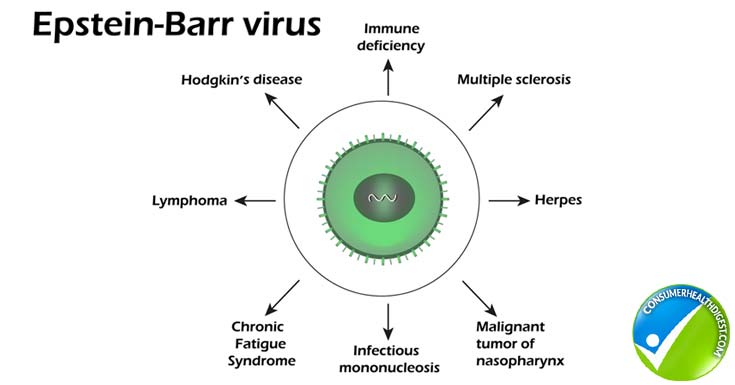 Unlike most viruses, EBV isn’t easily defeated by the immune response. Instead, it hides. This stealth virus persists, undetected by the host (you).

When reactivated, EBV can present with symptoms such as cold sores or flu-like symptoms. EBV can get reactivated anytime your immune defenses are down, especially when exposed to environmental or emotional stress.

But, just as often there are no symptoms at all. Yet, the virus is at work, leaving genetic scars on our cells. Molecules produced by EBV can send infected cells into overdrive, signally them to keep dividing. Decades later, these changes can facilitate the formation of cancer.

The big question is not whether EBV causes cancer, but rather why it causes cancer in some people and not others. The majority of research points at the immune system.

While EBV-linked cancers are not solely driven by the virus, we now know that the ability of our immune defenses to keep the virus in check is a critical factor in the prevention and treatment of cancer.

In the presence of an impaired immune system, the proteins made by the virus instruct cells to keep dividing—which is increasingly being identified as one of the principal causes of cancer.

While researchers are looking for safe, effective ways to boost the immune system, this does not necessarily mean we need vaccines or other drugs.

Nature has some excellent substances to offer right now. Consuming foods and supplements known to have antiviral constituents and immune-boosting properties can be quite helpful in keeping EBV dormant.

Below are some and nutritional supplements that have been found to be antiviral or otherwise effective against EBV. The list is virtually endless, but substances that are known to be antiviral and or supportive of the immune system can be a viable addition to your protocol. 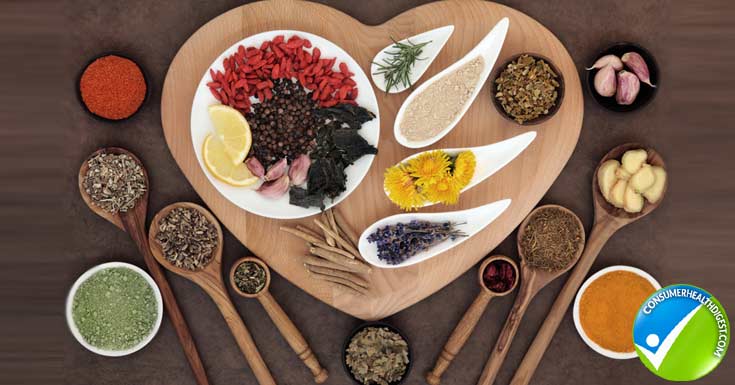 This information is not intended to be medical advice. Always discuss supplements, herbs, and other substances with your medical doctor prior to use.

Ozone therapy, which has been studied for almost 40 years, has been found to be effective against EBV. Healthy cells require oxygen for survival, but viruses live in bodies that have less oxygen. The studies show that ozone therapy increases the amount of oxygen that the body uses. By simply adding more oxygen to the body, the virus cannot survive. With an abundance of oxygen our own bodies destroy the virus. Importantly, ozone targets diseased cells only, leaving healthy cells alone. Ozone also helps our detoxification systems transform toxic substances into harmless ones.

Certainly, EBV is not the only factor in the development of cancer. However, eating a healthy diet and reducing stress and other environmental triggers are some of the things you can do today to combat EBV and prevent or manage cancer. Ozone therapy can be expensive and inconvenient, but could well be a viable solution to consider.