Beer and its History

Beer is one of the most commonly used alcoholic drinks in the world and it is third most popular drink in the world, right after tea and water.

Beer is brewed by the saccharification of starch and fermentation of the resulting sugar. Saccharification is the process where a complex carbohydrate (like starch) is divided into its monosaccharide components.

Beer has a long history and it belongs to a group of oldest prepared beverages. First traces of beer production date back to 9500 BC, early Neolithic period. It is also recorded in history of ancient civilizations of Egypt and Iraq. Sumer people fermented bread in order to make a pulp which was characterized by the intoxicating effect. They referred to it as a divine drink. Babylonians produced beer too and it is assumed they had about 20 different types of beer. Egyptians buried beer and malt with Pharaohs to offer them some nourishment in the afterlife. Romans drank beer as well. Even though they preferred wine, some parts of the Roman Empire were known for beer consumption.

During the Middle Ages monasteries brewed beer and some monks drank up to 5l of beer per day.

It is usually believed that alcoholic beverages can only damage our brain, heart, and other organs. Regular consumption of alcoholic drinks is associated with damage and deterioration of our mind, body, and soul.

However, beer has many health benefits and can improve our overall health in a lot of different ways. This article will discuss health benefits that come with consumption of beer. 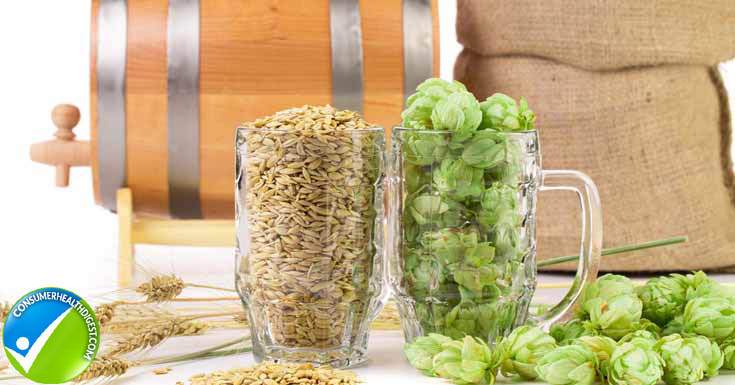 Brewing beer requires few ingredients that are considered as a standard for this product. They are:

As it was mentioned above, beer has numerous health benefits and they are:

Are all Beers the Same? 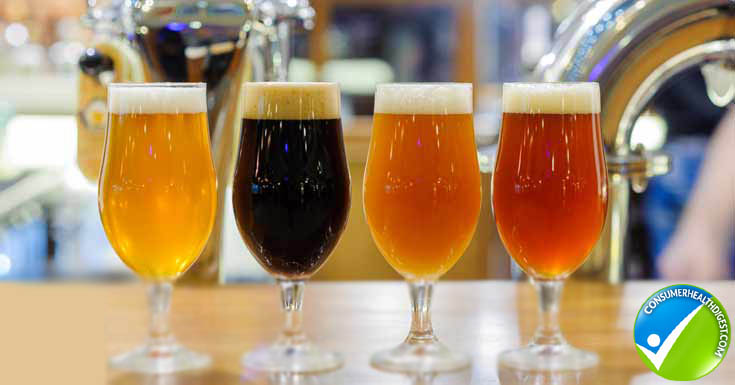 Even though beers generally contain same set of ingredients, they are not all the same. In order to get the best out of your beer you should be careful when you are purchasing the product. Some beers contain genetically modified ingredients, while some contain sweeteners, corn syrup, preservatives.

It is recommended to purchase craft beers. These beers are produced in microbreweries which do not mass produce their products. Microbreweries are focused on flavor, quality of the beer, and development of brewing technique. On the other hand, mass produced beers contain questionable ingredients and the companies are more focused on the quantity rather than on quality of the product.

When you are about to purchase beer, you should make sure label indicates that beer is:

Beer vs Wine – Who Wins? 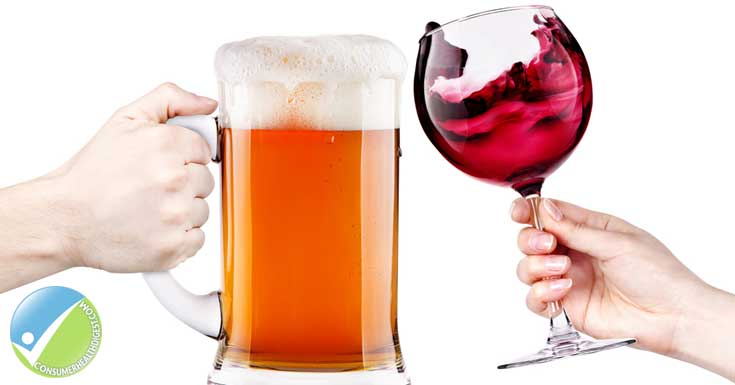 It is widely believed that out of all alcoholic beverages, wine have most health benefits. However, studies proved we were wrong. US National Library of Medicine published a research whose purpose was to investigate beer, wine, and their health benefits.

Results of the study showed that beer can decrease the risk of getting cancer, obesity, diabetes. Moreover, like it was mentioned above, beer also contains fibers which improve digestion, while wine doesn’t contain fibers at all.

However, another study proved that consumption of both drinks resulted with reduced chance of suffering from heart attack comparing to people who didn’t drink alcohol at all. Moreover, preferred drink didn’t make any difference.

The conclusion is, although both drinks are heart-healthy, beer has more health benefits than wine.

The key is moderation. Improper consumption of any of these drinks doesn’t have beneficial effect.

How Much Beer Should I Drink Per Day?

Beer can be healthy and is able to improve our health, boost immunity, and prevent many diseases. However, if you think the more you drink, the healthier you will be, you are wrong. The key to success can be found in moderation.
Moderate drinking was mentioned throughout this article for a reason. If you consume too much beer it will not result in improved health.

According to scientists you should:

Bottom line is, you should drink between one and three beers during the day and that is it.

Beer is one of the most famous drinks in the world. This alcoholic beverage has a lot of health benefits and can prevent some diseases if consummated in moderation.

How often do you drink Beer and What’s your favorite one? Please share your views in the comment box.

All trademarks, registered trademarks and service-marks mentioned on this site are the property of their respective owners. © Copyright 2003-2022 All Rights Reserved.