Study Says Too Much Exercise is Unhealthy

If you exercise too much to maintain your physical fitness and healthy life, you could be doing more harm to your wellbeing. According to a new report people who run at a quick pace for more than four hours per week increase the risk of premature death.

These findings came from a Danish study which followed intense, moderate runners and people who live sedentary lifestyles. According to the 12-year research, people who engage in strenuous workouts were as more likely to die as people who don’t engage in any exercises.

In addition, moderate runners who train less than three times a week working out for between 1 and 2.4 hours at a slow pace had the lowest risk of dying during the study period. Shockingly, participants who ran slightly more (2.4-4 hours) heightened the risk of their mortality rate by 66%. This is an observation that took the study authors by surprise.

These findings were published in the Journal of the American College of Cardiology.

The study which involved over 1,000 healthy joggers and non-joggers suggested that jogging at a steady pace for less than 2 ½ hours per week is the best for your health. The national guideline recommends that adults should engage in workouts about 150 minutes every week. The researchers concluded that the best way to jog is maintaining a steady pace of about 5mph a maximum of three times in a week or less than two and a half hours in total.

According to Jacob Louis Marrot, from the Frederiks Hospital, you don’t have to over-train in order to have a positive impact on your health. He also noted that there is no exercise recommendation anywhere in the world that talks about an upper limit for safe workouts, although there could be one. 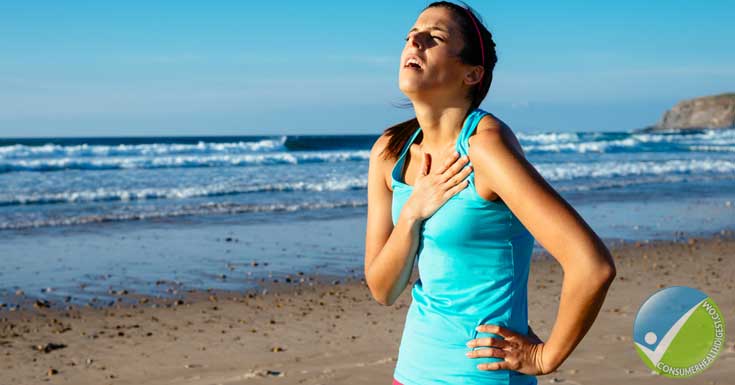 Although the study involved over 1,000 participants, it is a small study if you in mind people in the most active groups. Only 36 were classified as strenuous joggers, and only two died during the study.

Thus for experts, it was hard to detect and be confident of the differences between every group. However, this study adds some weight to previous studies which have been conducted in mice, which found out that exercises have an impact heart rhythm, and long-term strenuous workouts can cause damages to the heart. 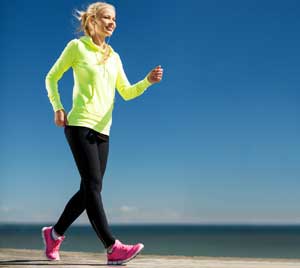 According to Maureen Talbot, cardiac nurse at the British Foundation, the study demonstrated that people don’t have to run marathons for the maintenance of heart health. She recommends even brisk walking is a good exercise, especially for beginners who find it difficult to engage in other strenuous exercises.

Despite these findings, some experts still hold it that working out for 150 minutes every week could be too much especially for the elderly. They also argue that striving to achieve this could be overlooking the benefits of other lighter exercises.

However, public health officials concur that the current recommendations comes with proven benefits in lowering the risk of heart problems.

Other studies have shown that living sedentary lifestyle increases the risk of heart disease, type-2 diabetes and some types of cancer

Must Watch – Is Too Much Exercise Bad For Your Health?

This is a study that will change how some people engage in exercises. However, it may not have an impact on regular athletes who have to maintain their physical fitness to improve their performances in games and sports. On the other hand, it is yet another call for the lazy folks, who live sedentary lifestyles to take action to increase their longevity and boost the heart health. Some people may think that the scope of the study was too small and thus it won’t have any impact on the larger population. 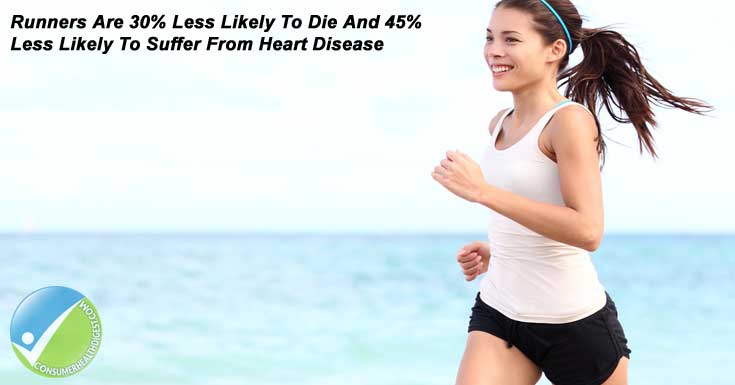 According to Duck-chul Lee, an assistant professor at Iowa State University more running is not necessarily good for your health. Runners are 30% less likely to die and 45% less likely to suffer from heart disease or stroke than non-runners, with reference to a report.

In addition, running can lower the risk of other mortality factors such as smoking, obesity or high blood pressure, according to Carl Lavie, a cardiologist. Lavie noted that fitness can be a major predictor of survival.

Previous studies have shown that people who run consistently for 6 years or more enjoys the most significant health benefits. According to Lavie, if you are new to exercises like running, start slow by walking and gradually combine running and jogging.

Whoever coined the phrase that “too much of anything is dangerous” seems to have being right. Regardless of your workout regimen, including jogging, running or weightlifting, if taken to the extremes will definitely result in undeserving consequences. The solution to this is to exercise moderately. Why should one engage in strenuous exercise only to increase the risks of premature death?