With a goal to increase the size of the biceps you probably train regularly. After all, who wouldn’t like to have bigger, toned, and more defined biceps? There is more to achieving this goal than going to the gym every day and working out.

Exercise and proper nutrition are essential for growth of biceps, but you have to pay attention to the quality of performance.

It’s not just about repeating a certain set of exercises and calling it a day, you have to execute them properly in order to experience benefits. Why am I saying this? I see people making different mistakes when training their biceps.

These mistakes prevent them from growing which explains why your muscles are flat even when you work out regularly. Most people make three major mistakes which are listed below.

The bicep curl is one of the most fundamental exercises[1] in bicep training. During the exercise, the bicep muscle shortens and lengthens in order to control the movement of the weight.

The bicep muscle starts to contract after muscle fibers create tension as a response to external resistance.

This particular exercise is well-known for its characteristic to target bicep muscle only, although small muscles in the forearm and upper arm assist the movement. If you train regularly (or want to start) to have bigger biceps, then bicep curls are a must.

We tend to make mistakes by underestimating the importance and complexity of the exercises. There is more to bicep curl than lifting the dumbbell up and down. Adequate execution is vital!

Speaking of execution, it is not uncommon to see people in the gym making a common mistake where they swing their arms back while doing bicep curls.

As explained in the video, if you bring your elbows back while performing this exercise, you are adding too much stress on your upper arms and muscles. At the same time, this mistake doesn’t allow bicep to engage fully. When the muscle is unable to engage properly, it cannot grow.

You’ll get the most out of your bicep curl if you stop swinging your arms back and bring the elbow slightly forward, but not too much. 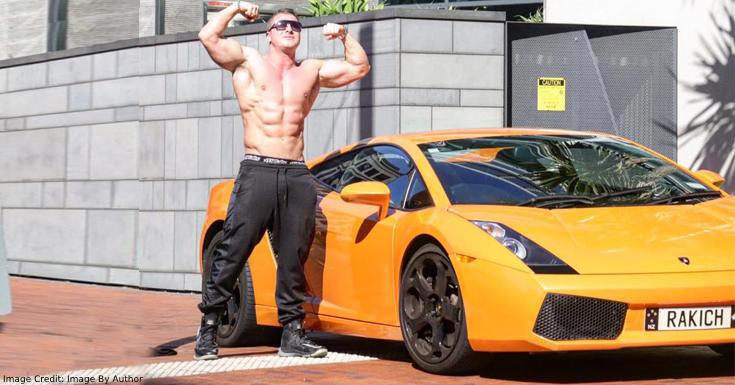 2.Bringing Elbows Forward (Too Much)

When doing a bicep curl, strive not to move the elbow too much. While it is okay to bring the elbow slightly forward in order to get a contraction of bicep muscle, going overboard can hinder the progress.

What’s going to happen if you move the elbow forward excessively? When the elbow is pushed too forward, you are, actually, lifting the weight with the deltoid, a rounded, triangular muscle located in the uppermost area of the arm and top of the shoulder.

This puts more stress on your shoulder, while the bicep doesn’t get the proper exercise. As you can guess, your bicep doesn’t grow as much as you expected it.

Bringing the elbow too forward can also deactivate some of the bicep muscle being worked, which is something you want to avoid.

3.You Don’t Focus On Negative Range Of Motion

As the video demonstration shows, a lot of people curl up the weight and then, they just drop down. This usually happens because they don’t know that negative range of motion carries a great deal of muscle grip and it contributes to the overall bicep growth.

In order to get the most out of the bicep training, it would be ideal to control the negative range of motion. Of course, this doesn’t mean you have to do it super slowly like those hunks in Hollywood movies.

The best thing to do is to find a balance between fast and slow movements. Ideally, it is enough to just feel the drag on the way down. For better effects, as you exercise try repeating “curl it up, feel that drag.”
Regardless of the training and type of exercise you do, always try focusing on the negative in order to experience better results. 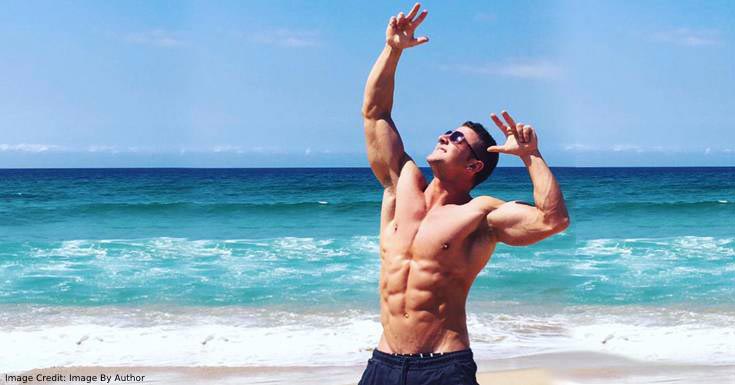 Other Things To Remember

Do you make one or more mistakes mentioned above? If so, there is no reason to despair. Remember, mistakes are opportunities to learn and become better.

Each time you recognize a mistake in the bicep (or any other) training, you are able to correct it and give your workout a significant boost.

In most cases, seemingly unimportant things make a huge difference in training and muscle growth. Now it’s time to start exercising while trying to avoid these three mistakes. Also, pay attention to the following:

To avoid this, strive to mix things up by introducing new exercise to the routine or increasing the number of reps

Getting bigger, more ripped biceps depends on the quality of bicep training. To get the maximum out of the bicep workout routine, it is essential to eliminate common mistakes.

As seen in the post (and the video) most people make three mistakes that prevent their muscles from growing. Implement these tips into your workout, and you’ll notice the difference.