Vaginal Cysts: What You Should Know? 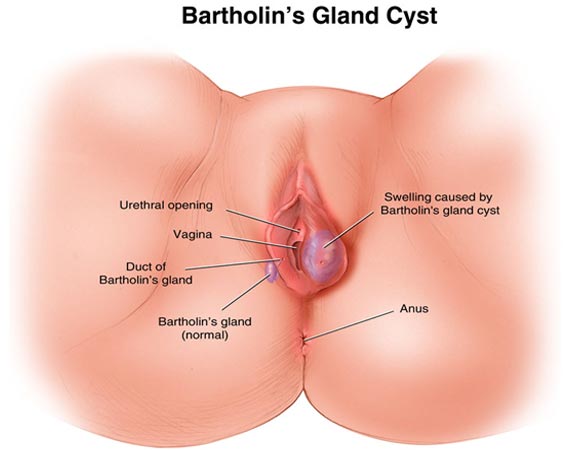 Cysts are normal bumps and lumps that can appear anywhere on the human body. Their size can vary from microscopic to the size of an orange and are usually painless. These small sacs are normally filled with either fluid, air, or other various materials and will not harm the surrounding area. When they occur in the vaginal area, they can usually be found on the inner folds or on the vagina.

The Different Types of Vaginal Cysts

There are four main types of vaginal cysts that are

Vaginal and other types of cysts form when either a duct or a gland becomes clogged. Liquid, mucus or other materials can become trapped inside causing a cyst to form. The type of cyst will depend on what caused the cyst to original form. Inclusion cysts are formed when some type of trauma occurs to the vaginal walls.

This can include surgical incisions and childbirth. Other traumas can be caused by sports-related injuries and other accidents. The cyst will normally from where the vaginal wall has been injured or torn.

Bartholin’s gland cysts are formed when one or both of the glands become blocked. This is usually caused by a loose fold of skin that can cover the gland. Fluid can then begin to build up, causing a cyst to form. Abscesses can also be found on the glands, and are caused by exposure to bacteria. Sexually transmitted diseases and intestinal tract infections can also cause Bartholin’s gland cysts to appear.

While vaginal cysts do not have any identifiable symptoms, other than possibly being able to feel the lump during a routine exam. Cysts also are not known to cause pain, but Bartholin’s gland cysts can interfere with sexual intercourse and some exercises over time. If a vaginal cyst does become painful, it might be an indication of a vaginal infection. If the infected vaginal cysts are left untreated, they can become painful abscesses.

In most cases, the vaginal cysts do not need to be treated since they tend to remain small and will not affect everyday routines. For some women though, it might be necessary to have a small part of the cyst removed for screening. This is only to ensure that the cyst is not cancerous. In most cases, simple home remedies are more than sufficient in treating and relieving any of the minimal discomforts the vaginal cysts might cause. Some of these are,

While cysts commonly occur all over the human body, vaginal cysts can become a concern for some women. While they are usually small and do not affect a woman’s daily life, they can occasionally cause problems.

If a cyst is noticed on or around the vaginal area, it is always a good idea to have it examined by a health care provider. In some rare instances, it might be necessary to remove or to drain the cyst.