Can You Have Sex While You Are on Your Period?

Regular sex is an important part of a healthy and happy relationship. Although it’s easy to assume you know everything about it, there’s always something to learn. For example, one of the most common questions about sexual intercourse is whether sex during menstruation is safe.

Both girls and guys are equally interested in this question, yet you feel reluctant to ask someone else. So, is it safe to have sex when you’re on period? Let’s see!

Sex and Menstruation – Is It Safe?

Although having sexual intercourse while menstruating may seem like a weird idea to you, millions of couples around the world do it and doctors say your period shouldn’t be an obstacle if that’s what you really want.

A study whose findings were published in the Journal of Sexual Research found that women who reported having menstrual sex are usually in committed relationships and none espoused a discourse of disgust.

The research also showed that young adults aren’t grossed out by the idea of having sex while a girl is on her period and they consider it just a normal part of a committed intimate relationship.

Additionally, the journal Sexually Transmitted Diseases published results of the study which showed that women who have sex during the period are usually better educated, young, and Caucasian. However, this same study also showed that sexual intercourse during menstruation emerges as a risk factor for heterosexual transmission of HIV and other STDs.

While menstrual sex itself isn’t considered harmful it is paramount to practice safe sex as viruses like HIV can be transmitted through vaginal fluids including blood.

Any bodily fluid can carry HIV or other STDs because during the period the cervix opens slightly thus allowing viruses and infections to pass through. Most couples consider sex during menstruation as the opportunity to be passionate without protection, but it’s still important.

It is also important to bear in mind that you may be prone to some infections in general at this time. Why? Your vagina maintains a pH level of 3.8-4.5 throughout the month, but during the menstruation, that level increases due to the higher pH level of blood. As a result, yeast is able to grow at a faster rate.

Therefore, the answer to the question about the safety of sex during a period is – yes, but you should still adhere to safe sex practices. There are also some other things you should know about it.

You Can Still Get Pregnant

Okay, this isn’t highly likely but there is a possibility. You probably assume one great thing about sex during a period is that you don’t have to worry about pregnancy, but that’s not entirely correct. For example, if you have a shorter menstrual cycle e.g. 21-24 days, and you have sex toward the end of your menstruation pregnancy is possible because sperm remains viable in the vagina for five days.

It Can Alleviate Cramps 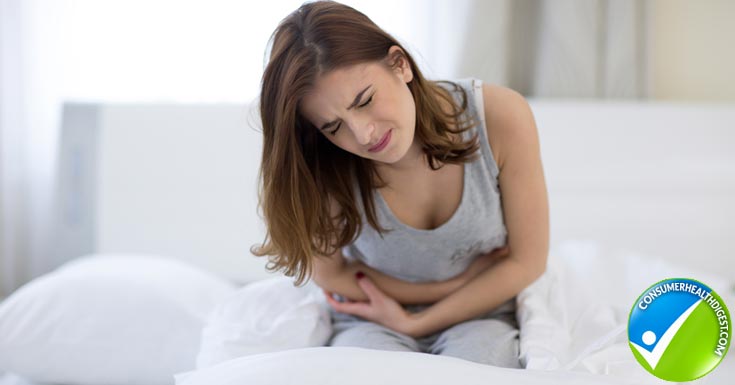 Do you struggle with piercing pain and frustrating cramps each month? Then, having sex might not be such a bad idea. Although the ability of sex during menstruation to alleviate cramps wasn’t discussed in some scientific study, a lot of women do experience this benefit.

Another important benefit of menstrual sex is its potential to improve orgasm. Seriously! When menstruating, women tend to be more aroused than usual due to fluctuating levels of estrogen and testosterone.

Also, the blood makes for extra lubrication which also adds to the improved pleasure sensation and more intense orgasms.

Sex During Period Does Not Harm The Uterus

A number of myths and misconceptions surround sex during menstruation. One of the most widespread claims that since each month during the period a small opening develops in the uterus to pass the menstrual blood, having sex is out of the question. The penis could poke into the hole and damage uterus, which is something that nobody wants.

But guess what, that’s not correct! The reason is simple, the opening is too small for the penis to enter anyway, meaning there is no chance having sex would be harmful to the uterus.

If you haven’t had sex during the period before and decide to do it now, make sure you take out your tampon. When you’re aroused it is easy to neglect some things, but taking the tampon out is a priority. Otherwise, it would get pushed deeper into the vagina and if left there for a prolonged period, it can lead to infection.

You May Also Want To Read – Can STDs in Your 20s Cause Infertility Later On?

Some couples have sex when a girl is on her period regularly, while others question its safety. Although the risk of some infections does increase during this period, practicing safe sex and wearing condom prevents that. Menstrual sex isn’t dangerous but you’re not off the hook when it comes to chances to get pregnant.

As seen in this article, having sex when you’re on your period comes with some benefits too in the form of cramps relief and improved orgasms.
Having sex while periods is not bad but it may make your vagina baggy, there are some products which may help to maintain vaginal elasticity. Delve into its review & know that does V-Tight Gel work or not.