Leaking Ovarian Cyst: What Does It Mean?

Leaking ovarian cyst can be troublesome: Learn everything you need to know about it!
Michael Wight 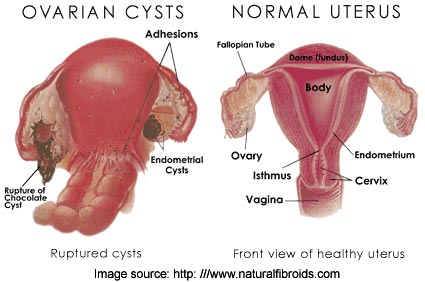 Leaking Ovarian Cyst: What Does It Mean?

Cysts form naturally all over the body, and can often form on a woman’s ovaries.

The ovaries are located on either side of the uterus and resemble a small walnut.

The ovaries are responsible for producing most of a woman’s female hormones, and they are also where the eggs develop and mature during a woman’s menstrual cycle.

Most women will develop ovarian cysts during their lives, and never notice them. The majority of all cysts are harmless and disappear on their own.

Occasionally ovarian cysts can leak and rupture, producing symptoms that might indicate a serious health problem.

Symptoms of a Leaking or Ruptured Ovarian Cyst

While the majority of all ovarian cysts do not have symptoms or cause problems, larger cysts can cause severe discomfort among other symptoms.

Some of these can include –

Pain that is accompanied by fever and vomiting could be symptoms of a leaking or ruptured ovarian cyst.

Other more serious symptoms can also include cold chills, rapid or shallow breathing and clammy skin. If any of these symptoms appear, it is best to seek the advice of a healthcare provider immediately.

There are several types of ovarian cysts, and while most are harmless and will disappear on their own, some can rupture and leak.

The most common type of cysts develop during a woman’s menstrual cycle and are the follicular and corpus luteum cysts.

A follicular cyst can develop when the egg is not released from the follicle, while a corpus luteum cyst can form after the egg is released.

In both types of functional cysts, the follicle or tissue fills with fluid or material. These cysts rarely cause any pain and are not prone to rupturing or leaking.

These cysts have usually disappeared after two or three menstrual cycles.

Other, less common cysts can include –

Most cysts can be found during a routine pelvic exam, and prove to be harmless. There are occasions when complications can arise including ovarian torsion and a painful rupture.

Ovarian torsion occurs when the cyst has caused the ovary to move and become twisted.

See Also – Ovarian Cancer: Does It Spread Quickly And Is It Painful? 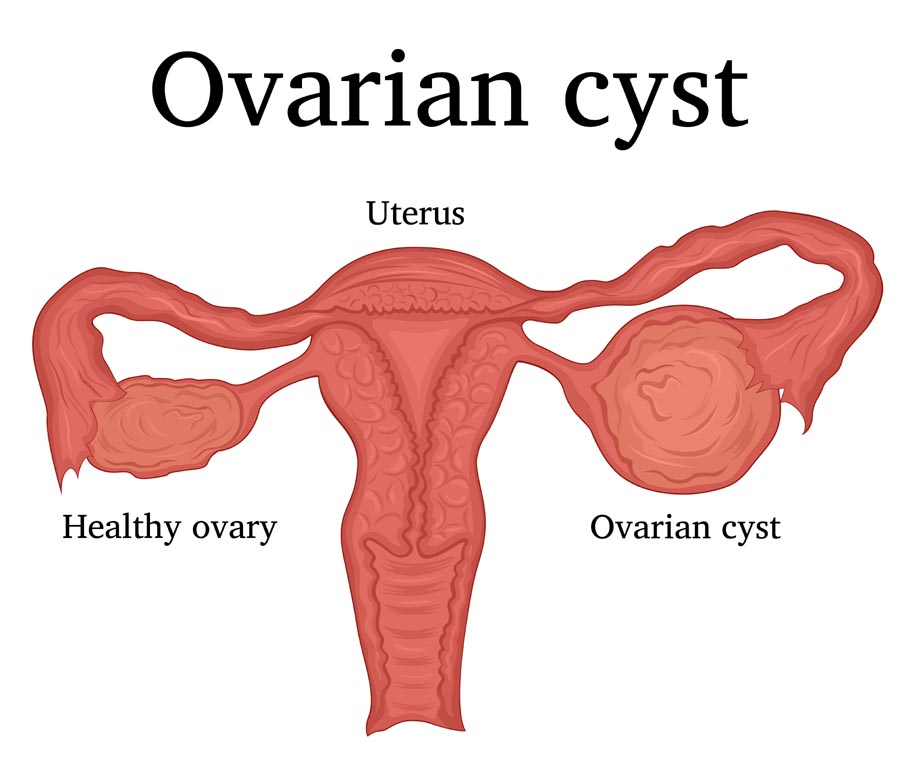 Most cysts, especially those associated with a woman’s menstruation cycle are harmless and will not cause any pain.

On some occasions, these cysts can fill with blood or fluid and begin to leak, but they will normally disappear on their own after a few months.

Other cysts may require a simple waiting period, where a health care provider routinely checks the growth of the cyst. This is normally done with an ultrasound machine, as part of a routine pelvic exam.

In other, more serious cases, surgery may be required. This can occur when the cyst has become to large and is in danger of rupturing, or is causing the ovaries to become twisted.

Ovarian cysts that are profusely leaking or are causing severe discomfit are also commonly removed.

The cysts are usually removed by a small incision in the abdomen, while cancerous cysts often require having the ovaries completely removed. This is more common in women who have already experienced menopause.

Ovarian cysts are normally harmless, but they can also be a sign that something more serious might be wrong.

A leaking ovarian cyst does not necessarily have to be a reason to worry, but it is an indication that it is time to schedule a visit with a healthcare provider.

One of the best methods of treating and preventing leaking ovarian cysts is to have a regular pelvic exam.

They are quick and relatively painless and can help to prevent any problems that can develop due to ovarian cysts.