Is C-Spot The Secret To Greater Orgasms?

Orgasm is experienced by both males and females and is controlled by the autonomic nervous system, it is the sudden discharge of accumulated sexual tension.
Michael Wight

Orgasm also is known as the sexual climax is the sudden discharge of accumulated sexual tension during the sexual response cycle, resulting in rhythmic muscular contractions in the pelvic region, the ultimate price is a sexual pleasure. It is experienced by both males and females and is controlled by the autonomic nervous system.

It is associated with other involuntary actions of the body such as spasms, euphoric sensation, and vocalization. The period after orgasm is a relaxing experience attributed to the release of neurohormones, oxytosin and prolactin.

Key Facts About The C-spot

The c-spot better known as the clitoris is a key player in sexual pleasure; it is a small, round blossom of pinkish or brownish flesh located just above the vaginal opening. Its size and shape differ from woman to woman but on average it is about two and a half to four inches long, similar to the length of a flaccid penis.

The size of the clitoris does not correlate to the amount of pleasure that it gives; all it needs is the right stimulation which will result in a magnificent feeling its length not playing a big factor. It is a complex network of nerves that stretch throughout the vagina and up into a woman’s body.

2. Inner Workings of the C-Spot

The c-spot has internal hidden parts which include; erectile tissue, glands, muscles, blood vessels, and nerves. The internal clitoris has a bulb winged like a figure reminiscent of a wishbone and it sits on both sides of the urethra. These cute wings are made of erectile tissue that extends beneath the inner lips of the vagina and they fill with blood when the woman is aroused.

Once aroused the clitoris bulb is filled with blood, increasing her size and sensitivity, which may retract its cover to reveal its head. At the peak of pleasure, it will return to its petite size. But, sometimes when female orgasm is not achieved her bulb may remain full.

3. Stimulation of The C-Spot

The clitoris of every woman is unique both in appearance and how to engage it to maintain satisfying sexual arousal. The sensitivity of the clitoris and how it should be handled for pleasure varies greatly from woman to woman. The direct approach is not really recommended when it comes to the clitoris.

Some women don’t enjoy direct stimulation because the feeling can be so intense which may eventually result in pain. While in other women direct stimulation leads to an exhilarating experience, others also prefer stimulation from the side area which also brings about unbelievable pleasure. Understanding yourself is key. 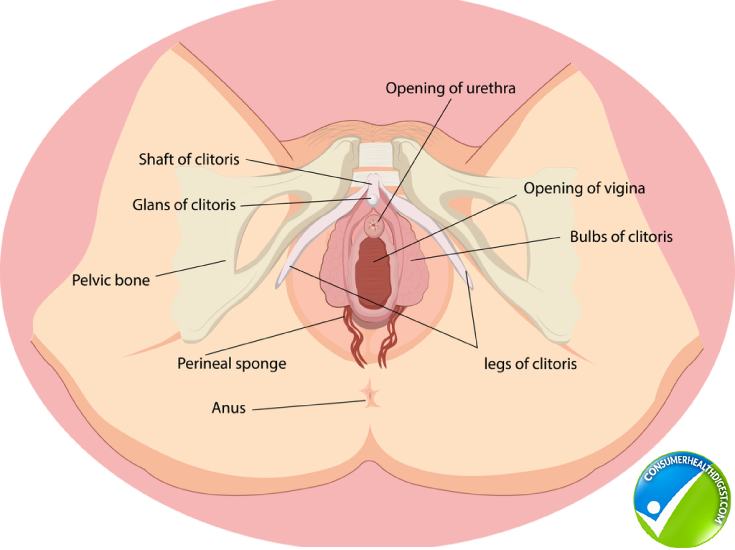 One should understand the secrets of the clitoris because it could be the difference between an ordinary and extraordinary sexual experience. The coital alignment technique is one that can be used to enable one experience immense orgasm. It allows a woman to simultaneously squeeze a man’s penis between her thighs, grind the clitoris against the man’s pelvic bone; this will bring a deep inside feeling in a woman.

One can also get into missionary, the man should shift his body forward so that the base of the penis is pressed into a woman’s pelvis, the woman should lift her hips then wrap her legs around his calves, instead of an in and out movement he should rock back and forth.

The clitoris is the only organ in the human body with the sole function of providing pleasure; one should hence aim for higher sexual heights. An orgasm is impossible if a woman is not in the right headspace. If a woman is distracted, worried or feeling uncomfortable then a man can pull all the strings in the world but it will all count for nothing.

The first thing that should be done is to relax. Second, put on musky cologne, the smell is essential when it comes to sexual functioning and it will also kick up libido levels. A woman’s feet should also be warmed, this will make her physically comfortable.

Women know all too well that it can take a while to reach your peak and orgasm; so many women have learned to fake it. Women who struggle to orgasm may be suffering from a condition called anorgasmia which technically means unable to orgasm. Sufferers of this condition tend to have small clitoris which is located further from the vagina.

The clitoris can be stimulated directly through touch during foreplay and many women who do not easily reach orgasm purely from vaginal stimulation find it easier to climax from oral, digital or mechanical simulation of the clitoris.

Orgasm is key to a woman’s sexual life, this is very essential because let’s face it, sex is what keeps most relationships going. A woman should invest lots of time on understanding her body which will eventually lead to satisfying, refreshing, fulfilling sexual escapades. So women the world over grab and grasp the moment, this is the time for self satisfying sex.