RevitaLash Reviews: Is the Product Legit?

Revitalash, an eyelash enhancer works by helping the eyelashes grow longer and thicker. It prevents breakage or damage of eyelashes

Many women dream of having seductively long and thick eyelashes. This is because most women are unfortunately stuck with unnoticeable, short, and thin eyelashes. Of course, using makeup like mascara can improve the appearance of the eyelashes a little bit. However, it would be better to have a more permanent solution to the common eyelash problem. This is specifically the reason eyelash enhancers were developed.

Currently, there are hundreds of such products being sold on the market promising to grow the user’s eyelashes quickly. The problem is that many products are not really very effective and some are even harmful or can cause side effects. Let’s take a closer look at one of the most popular eyelash enhancers today. 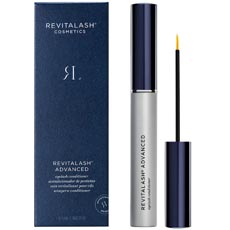 According to the website of Revitalash, it was developed by Dr. Michael Brinkenhoff to restore his wife’s eyelashes which were ravaged by chemotherapy treatments due to breast cancer. The product helped her grow her eyelashes and restore her once beautiful and attractive eyelashes. Revitalash became one of the most popular eyelash enhancers on the market mostly due to the interesting story behind its creation.

Revitalash essentially works by helping the eyelashes grow longer and thicker. It strengthens the eyelashes to prevent breakage or damage which is often the cause of thin and unremarkable eyelashes. It is from a company called Athena Cosmetics. The eyelash enhancer needs to be applied twice daily. The biggest problem is the product’s price which is around $120 to $150 depending on the retailer.

Sodium chloride is one of the active ingredients of Revitalash. This ingredient is known for being a common medication for glaucoma since it helps reduce the swelling of the cornea for specific eye conditions.

The United States Food and Drug Administration (FDA) has approved the use of this ingredient in cosmetic products for the eyes as long as the concentration is between 2 to 5%. One of the key active ingredients is Panthenol which is a vitamin B5 derivative. It helps enhance the appearance of the eyelashes by promoting their growth and repairing the damage.

Revitalash also contains the muscle relaxant chlorphenesin which is not commercially available in the US. There are some adverse effects associated with this ingredient. Another key ingredient is the chemical trifluoromethyldechloroethylprostenolamide which is a form of prostaglandin that is clinically proven to enhance hair growth.

Many of the reviews about Revitalash are positive saying it is really effective in helping with hair growth. However, there are also some negative reviews from people who have tried it, saying the effects are only minimal. Because of the powerful chemicals in the formulation of the eyelash enhancer, some users have experienced side effects which will be discussed in detail in the next section.

Are There Any Side Effects?

However, it can also be taken orally as a muscle relaxant since it blocks certain nerve impulses to the brain. It is linked to a number of side effects like dizziness, drowsiness and it also has many interactions with other drugs. There are also many other side effects mentioned by customers who have tried Revitalash.

A district court judge has prohibited Athena Cosmetics from marketing or selling Revitalash in the US after one of its rivals, Allergan (maker of Latisse) filed a civil lawsuit claiming ‘unfair competition in the marketplace’. Latisse is an FDA-approved prescription treatment for the condition of hypotrichosis (not having enough eyelashes). The courts ruled in favor of Allergan resulting in the pull-out of Revitalash from the US market. However, it is still being sold in 44 other countries.

Athena is currently appealing the court’s decision. Back in 2007 Revitalash also went through another dilemma because of the ingredient bimatoprost which is connected to several adverse effects. This caused the company to reformulate Revitalash and remove the questionable ingredient.

There is a significant amount of evidence that Revitalash is really effective. The main problem is that it contains questionable ingredients that may cause a variety of side effects and drug interactions. The eyelash enhancer is already not available in the United States. However, it can still be ordered from some online retailers and is still being sold in 44 other countries. If you plan to use this eyelash enhancer, it would be best to consult an optometrist or your physician especially if you have any kind of medical condition or are taking medication of any kind.

Revitalash offers benefits especially when it comes to enhancing the eyelashes. However, it also comes with many disadvantages. The most significant downside is that it contains ingredients that may cause side effects. It contains ingredients that can only be obtained with a prescription. It is also very expensive and is currently not available in the United States. Because of these reasons, it would be recommendable to purchase other products that are established to be safe and free from adverse effects. Extensive research will help you find the best products that are effective but safe. 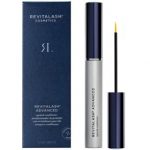