Donna Fisher
Q: I am now tired of thin eyelashes. How about trying castor oil? Will castor help me grow my eyelashes thick? And how to use it?
Expert Answer

Castor oil is an amazing and natural oil that can do so many things. Its herbal functions have been used since ancient times. It is a natural vegetable oil obtained from a castor bean. It can be used in food, medicine and even in beauty products. The benefits of castor oil seem to be endless at this point. 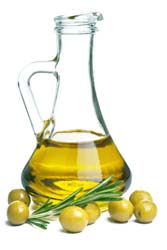 Castor oil is known to be a natural anti inflammatory and anti bacterial product. It also naturally moisturizes and rehydrates an area of your body once it is applied directly to it. Because of the low molecular mass of the castor oil, it can reach into the smallest of pores and deepest of follicles.

The Magic of Castor Oil

Castor oil can be used to treat acne because of its anti inflammatory and anti bacterial abilities. Not only that, castor oil also helps soothes burns, scrapes and even redness of the skin such as when you have over plucked your eyebrows. Castor oil may also act as a natural makeup remover since it does such a good job in reaching the deepest of pores to remove dirt and makeup. The magic of castor oil lies in the fact that its uses are so varied. So why not keep it in the cupboard?

Women who have used castor oil to improve the appearance of their lashes have not been disappointed. They have found that their lashes have become longer and thicker as a result of using this miracle oil. The great thing about it is; you’re working with your natural lashes. Not falsies. Not eyelash extensions. Those beautiful, strong and healthy lashes you see in your mirror are all your own.

ALSO READ – Is It Normal For Eyelashes To Thin As We Age?

How to Use Castor Oil?

You May Also Want To Read – Will Eyelashes Grow Back After Being Burned?

Here are a few guidelines to follow in using castor oil:

With so many chemically induced products in the market specifically made to induce the growth of your lashes, you have to be careful. Your lashes can only handle so many chemicals. The castor oil is a great solution since not only is it all natural, it is worth less than half of what you’re paying for in eyelash enhancers and such.