What Does Mascara Do To Your Eyelashes? Know The Secrets

Like practically everything we put on our body, there are questions as to whether or not everything in our mascara is safe or not. That remains to be seen. A lot of makeup, mascara included, contains all sorts of chemicals just so that you can achieve your daily makeup look. That is a pretty scary thought.

Listed below are several ingredients commonly found in makeup:

Undressing the ingredients in mascara

Parabens are used in mascara in order to avoid any bacteria from infecting the mascara formula. Sounds innocent enough right? Well, paraben being a preservative and endocrine disruptor does all kinds of crazy stuff to your hormones. According to Doctor Philippa Darbre from the University of Reading in the United Kingdom, high concentrations of paraben have been found in breast cancer tumors.

Although there has yet to be found any clear connection between breast cancer and paraben per se, the mere fact of its presence in breast cancer tumors is scary.

Aluminum powder, on the other hand, is used as a colorant in your mascara. It is a neurotoxin and it has been found to impair the body’s ability to make mercury, and a common side effect would be more mercury in your body than you would want. Aluminum Powder has also been linked to Alzheimer’s disease and other kinds of cancer.

Propylene Glycol has been known to cause all kinds of allergies. Those affected have reported itching, red, inflamed rashes and in more serious cases painful blisters. Some have also reported occurrences of acne and eczema. Although the fact that it is FDA approved is a bit of a comfort, the mere fact that it causes all kinds of skin irritations is extremely concerning to say the least.

This ingredient is so dangerous, Canadian authorities have prohibited the use of this in any cosmetic products. Retinyl Acetate has been said to cause biochemical and cellular level changes that have in turn evolved into cancer, organ system failure, and even gene mutation.

Is it Safe When You are Buying it?

Honestly, there is no harm in buying this stuff since the danger would be in the application. However you have to consider certain things like your kids at home. Sure, you may change your mind about a certain product because it has the ingredients mentioned above so technically you’re in the clear.

However, it is a well-known fact that children especially little girls love going through their mommy’s makeup kit. The mere idea of your child using any product that has any of the above-listed ingredients should be enough to scare you from buying them.

Is it Safe When you Use it?

Well, this is both a yes and no. The reason mascaras that have these ingredients are still on the market is because not all of them have allergic reactions to these products.

So if you really have mascara you are dying to try and you are a bit hesitant because of the possible side effect then we would advise you to do a patch test on your hand first before applying it to an area that is sensitive to the eye area.

Another option would also be to go green! The great thing about science and technology nowadays is the fact that there are so many organic options, even makeup! Organic mascaras are not only safe but are also cheaper. They offer ingredients that are natural antioxidants. They can do everything your mascara can but without the harmful toxins.

For example, they get colorants such as blueberries, blackcurrant and acai berries. For that moisturizing element, they use green tea, coconut oil and also Vitamin E.

Is it Safe When You are Removing it?

Also, remember to be gentle in removing mascara to avoid in eyelash loss.

So there, you have it. Basically what we’re trying to say is we really can’t tell you whether or not you should buy certain mascara since whatever ingredients we warn you about, they are still readily available at any makeup counter that you frequent.

The best advice we could give you is to be cautious at to do your research before trying new mascara, of course, don’t forget to do the proper patch tests. And as we said, maybe shifting to a more organic route could just be the answer you are looking for. 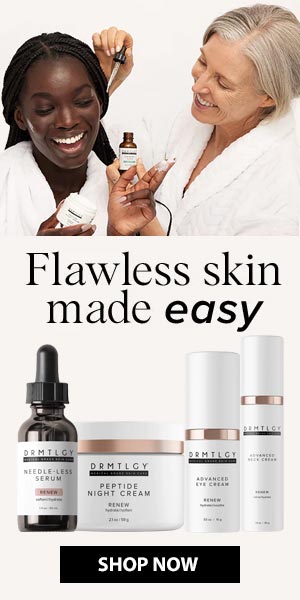