Different Kinds of Under Eye Skin Problems You Didn’t Notice

Under Eye Skin is sensitive and you need to take extreme care for it. Learn different issues associated with it.

The thought of aging sends chills throughout the spine of most people. Perhaps it’s because of society’s fixation on being young and looking young, or the general fear of losing everything that is associated with youth, but “getting old” is something people try their best to fight or at least delay.

In the world of beauty and skin care, anti-aging is all the rage.

All that being said, I’m going to take a wild guess and say that people are more concerned about looking old than actually getting old.

As we get older, our skin naturally loses elasticity other factors such as dirt, pollution and lack of proper hydration, speed up the aging process of the skin.

On the face, signs of aging show up in the eye area because the skin in that area is quite thin, and therefore more vulnerable. These under-eye skin problems will inevitably show up as we age, but most of them can be prevented if addressed early.

There are different kinds of under eye skin problems that we will encounter due to factors like aging, lifestyle and skin type. To help you get a clear picture of what I am talking about, I will be discussing some examples.

A person’s skin type has everything to do with how their skin ages. It doesn’t matter whether a person has dry, normal, oily or combination skin each skin type is vulnerable to different skin problems.

Oily and dry skins are on opposite ends of the “skin type spectrum”. This means that while oily skin is more vulnerable to acne, dry skin is more prone to tightness, flaking, and wrinkles. 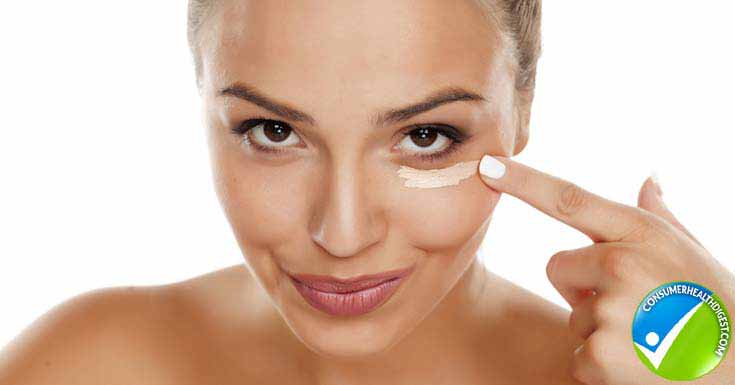 This is not to say that those who have oily skin won’t get wrinkles (because they will eventually), but those with dry skin might get it sooner.

Everyone will get wrinkles one day, not just because of skin type, but also as a natural consequence of the facial movement.

Getting wrinkles can be delayed by constant moisturizing the skin and eye area, drinking lots of water and getting enough sleep.

“Smile lines” or “character lines”, more commonly known as crow’s feet, are wrinkles around the eye area. They start appearing on the skin from as early as the mid-twenties, but it’s good to note that getting crow’s feet is inevitable.

Likewise, additional under eye wrinkles might appear in that area due to tugging, rubbing and stretching when putting on and removing makeup.

There are certain types of under-eye skin problems that can be avoided altogether. Puffy bags, dark circles, and bags under the eyes are usually caused by lack of sleep and hydration.

When a person lacks proper rest, his or her eyes will have the tendency to appear swollen bloodshot and watery.

This may lead the person to scratch and rub the eye area the repetition of which can lead to even more under eye skin problems like those mentioned previously.

Unfortunately, some people are genetically predisposed to getting these skin problems. Some people naturally have dark circles because it’s something that runs in the family, while others get it because of lack of rest.

For women, this can be easily addressed by putting on a few layers of concealer, just to even out the skin tone in the eye area.

Bags Under the Eyes

Sometimes, a combination of puffy bags and dark circles will appear in the eye area. This is one of the worst things to wake up to in the morning!

However, this does not mean that there’s nothing that can be done waking up with bags under the eyes can be helped to apply eye cream regularly or putting a slice of cucumber on swollen and tired eyes. 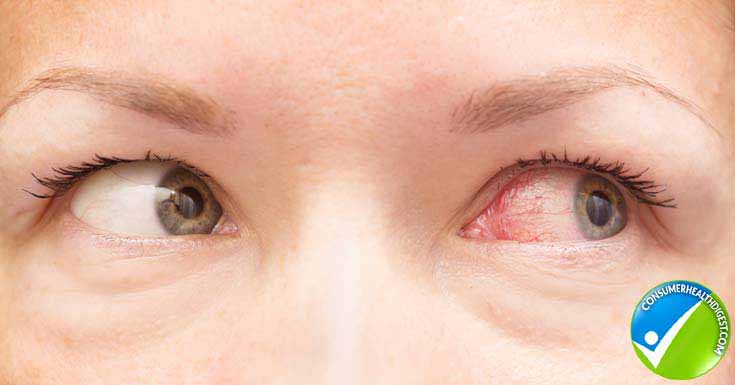 The eyes and its surrounding area are very sensitive to stress and foreign elements.

Eyes that have been overworked and lack rest usually appear swollen and watery; in severe cases (such as when the eyes come into contact with harsh substances), there may be a burning sensation in the eye area.

Resting the eyes every couple of hours, and wearing protective eyewear like sunglasses and reading glasses can prevent getting tired and irritated eyes.

There are some who get under eye skin problems due to allergic reactions to certain types of food or certain ingredients in the products that they use.

There are individuals who have had reactions to a certain type of eye makeup. This is why it is not recommended to share eye makeup and tools (even if it’s with your closest friends) because it increases the likelihood of getting an under-eye rash or irritation.

Getting these rashes is not only uncomfortable, but it’s also more complicated because it is such a sensitive area and can directly affect a person’s ability to see.

In our younger years, we will be able to stay up all night to meet deadlines for work and school, and still manage to party the night away with friends.

We will also be able to manage to feign a sense of health despite smoking, drinking and eating a lot of junk, but these lifestyle choices will eventually take its toll on the skin.

If you add existing under eye skin problems that you may already have (like the ones I previously mentioned), then you will not only look older but also more exhausted. Having poor skin tone and dull skin is definitely a telltale sign of age.

You May Also Want To Read – Having Dry Skin Around The Eyes?

All that being said, we must remember older people don’t look old just because of their age. There are a lot of people in their twenties who look much older because they don’t take care of their skin.

Likewise, there are a lot of people who may be old in age, but manage to look young because they know how to take care of their skin.

The best way to counteract bad skin and early signs of skin aging is to have an skin care regimen, and to start early.

This skincare regimen has three basic steps: cleanse, tone and moisturize; a good and consistent skincare regimen, drinking lots of water throughout the day and getting enough sleep will help slow down the sign of skin aging.

Preventive and damage control methods aside, the fact is, everyone in this world is not exempt from getting older, and signs of aging will eventually appear on our skin.

The best we can do is to slow down the aging process by taking preventive measures by taking good care of our skin and to start doing it as early as possible.

Getting older doesn’t have to be a bad thing, as long as we do it gracefully. And, remember, it is possible to remedy under eye skin problems, especially if you develop a correct skincare routine.

Nevertheless, you can always consider using an eye cream to remedy all the eye skin area problems such as dark circles, under-eye puffiness (eye-bags), wrinkles and fine lines, etc.

Despite the fact that there are many eye creams on the market, one particular product that can turn out to be a decent option in a pool of eye creams is known as Gold Elements Age Treatment Eye Cream.

This product might keep the skin under your eyes moisturized and may reduce problems such as wrinkles & fine lines, dark circles, etc.