5 Things I Want to Share about Post-Traumatic Stress Disorder

My proactive nature read my “label” and determined to do the work for resolution. My husband, however, said he was fine and had more of an, “I don’t think about it and therefore it won’t affect me” approach.

My husband and I both displayed very different symptoms of PTSD. He abused substances to self-medicate and assist in his “fix it and forget about it” attitude while I tried to rush the healing process, acting out in anger with myself (and everyone around me) that I was still so overwhelmed.

I cannot speak for my husband but I can only imagine how my explosive reactions have made it more difficult for him to heal.

I tell you all of this because not only do I know how hard it is to cope with post-traumatic stress disorder but I know how difficult it can be to live with someone who has it.

And the most mind-boggling thing about it is because our symptoms are so different, my husband and I do not truly understand each other’s PTSD.

Thankfully, there are five truths about post-traumatic stress disorder that I can share with you to help lift the veil of darkness surrounding PTSD.

This could be because PTSD is a fairly new diagnosis. Though it was previously brought up in the medical field as a mental health diagnosis, first introduced in 1952, the American Psychiatric Association (APA) only included it in the Diagnostic and Statistical Manual of Mental Disorders (DSM-III) in 1980.

If you, or a loved one, struggles with PTSD remember that you won’t find a one-size fits all treatment plan. It will time, effort and patience to work toward healing from the trauma.

There are no rules on what PTSD will, or will not, look like. Triggers can come anytime; A song, a smell, a place, a nightmare. Anxiety and fear are counterparts to PTSD.

They fuel the fire that burns beneath the surface and makes us more sensitive to stressful situations.

Just to make things confusing, we don’t even need a trigger to “set us off”.

Our reaction to stress is one of the hallmark symptoms of PTSD. With good personal insight and therapy, we can learn about our triggers and know how to prevent them but it’s a learning process to put it into practice.

3. PTSD can produce violent reactions in the most gentle people.

I was never a violent person, in fact, violence has always scared me.

I did not carry on before my trauma the way I have most recently and I most certainly was not destructive.

In the midst of a PTSD reaction, it takes all my willpower to not throw nearby objects, hit things or scream. The crazy wife who throws her husband’s clothing out of his drawers along with his suitcase directly at him? Yep. That was me.

You May Also Like – Is Your Stress Mindset Making You Resilient?

There are two kinds of violence: Protective and reactive. Some people use violence to express deep-seeded anger while others turn to violence for fear of protection.

Neither are acceptable behaviors but both can result from PTSD. This is a symptom that needs to be addressed sooner, rather than later. This goes without saying but if you’re on the receiving end of the anger, please be sure you’re safe.

PTSD is not an excuse for abusive behavior.

4. Post-Traumatic Stress Disorder is both an emotional response and a physical one.

When suffering from PTSD our bodies are in “survival mode”. We live in a constant state of tension. Even if the trauma has been repressed, there is still tension that remains and we can react without thinking.

An example of this would be avoidance. Before I sought help for my trauma, I avoided the city where my husband and I lived. I refused to “go back there”.

My husband was offered multiple jobs in our old city and on his mention of it, my body would react before my mind could catch up. My heart, racing. My chest, tight.

I couldn’t think straight while painful memories came flooding back. In PTSD, not only can the body react as h2ly as the mind but in many cases, the body overrules common sense.

We know we’re not in danger but for a moment, we’re right back in that place again and we cannot shut it off. 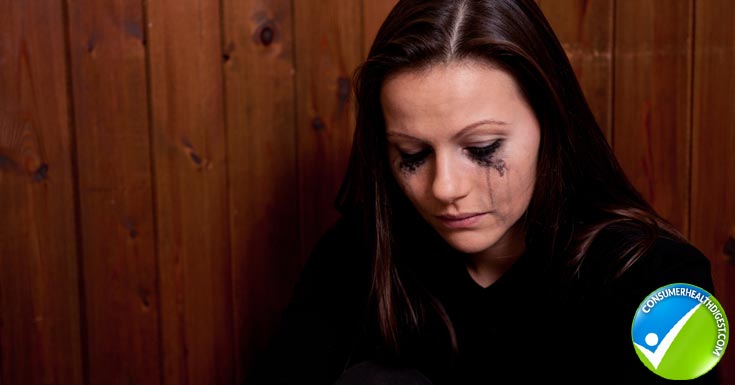 Related: ReloraMAX Review: How Safe And Effective Is This Product?

5. Post-Traumatic Stress Disorder is more common than we think.

Generally associated with servicemen, PTSD is not the first thing you think of when thinking of the wife of an addict but here I am, evidence of the effects of trauma, and I can tell you for certain that there are much more who have family members who have struggled with addiction suffering from PTSD.

In fact, in 2015 Australian researchers released the first-ever worldwide statistics on addiction and found that there were over 240 million people in the world with an alcohol abuse problem.

Those figures don’t even begin to include drug abuse! My point is, PTSD is common.

Very common. Other types of trauma that can cause PTSD are physical or sexual abuse, an accident, a violent encounter, kidnapping, medical diagnosis, natural disaster or other kinds of life-threatening events. There are 7.5 billion people in the world.

If almost one billion have been touched by alcoholism alone, how many do you think have experienced one of the types of trauma I’ve listed above?

And of those affected, how many struggles with dealing with it? There are no statistics on it but it’s certain, there are a lot of people living with post-traumatic stress disorder.

If you, or a loved one, has struggled to “deal” with a traumatic event, don’t feel ashamed.

It’s not a weakness to have overwhelming emotion or a personal failing to handle stress in an unhealthy way.

We simply do our best to be happy humans. Seek professional help and learn new skills to successfully cope with whatever you have gone through.

There is healing from PTSD, it does get better and you will feel h2er, healthier and free once you find it.

Leah Grey moved to New York City full of hopeful aspirations until her husband went into long-term treatment for addiction. Unable to a Read Full Bio