Adrenal Fatigue: Cause and Symptoms You Must Know 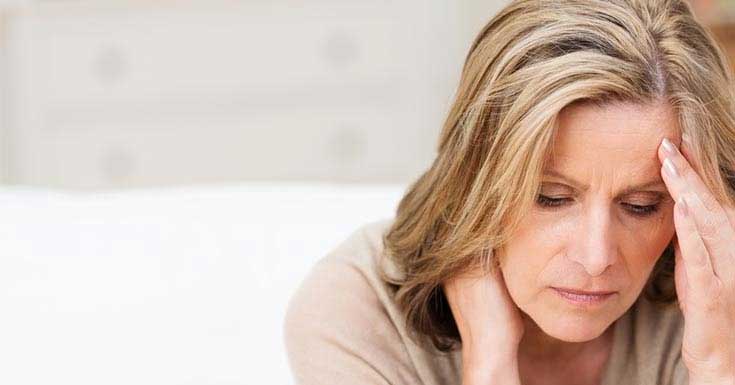 What is Adrenal Fatigue?

Adrenal fatigue is believed to be a milder form of adrenal insufficiency (Addison’s disease) where the adrenal glands fail to produce enough cortisol resulting in a wide array of dangerous symptoms. Adrenal fatigue is not as serious as adrenal insufficiency but is nevertheless a cause of poor everyday functioning.
National Institute of diabetes & Digestive and Kidney diseases explains how adrenal fatigue can wreck havoc on your life. The changes caused by adrenal fatigue happen in your metabolism, fluid balance, cardiovascular system functioning, and emotional well-being.
These changes happen as a result of the adrenal glands being overworked from too much stress as well as after enduring long periods of physical illness. This causes the adrenal glands to function bellow an optimal level resulting in symptoms that could generally be described as unrelenting fatigue. 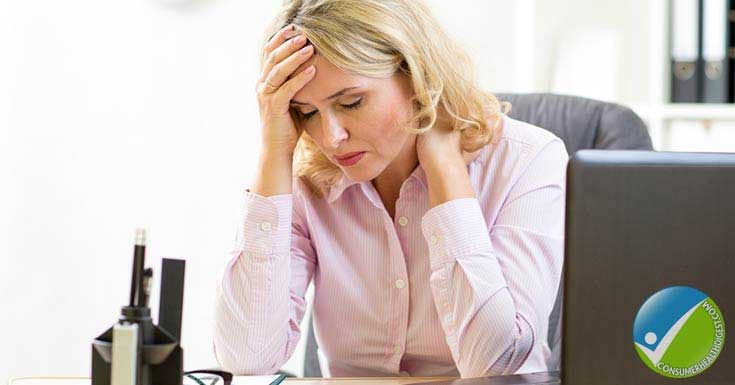 What are the Causes of Adrenal Fatigue?

A study on young Saudi adults was conducted to see how excessive stress and levels of physical activity influenced the development of adrenal fatigue.
The study which was published in the Journal of Physical Therapy Science examined adrenal fatigue score, levels of physical activity, and socioeconomic background of 160 Saudi subjects aged 15 to 22 years of age. The study found that stress and poor social background caused unfavorable changes in the adrenal hormone status resulting in adrenal fatigue syndrome.
However, this same study found that increasing levels of physical activity improved the subject’s well-being and mitigated uncomfortable symptoms. Another study on the relationship between the size of adrenal glands and chronic fatigue syndrome found that patients from a fatigue clinic that manifested chronic fatigue syndrome had adrenal glands 50% smaller than what would be considered normal suggesting that they had developed adrenal atrophy. This was one of the rare studies that found a correlation between unexplainable fatigue symptoms and adrenal gland functioning.
Other causes of adrenal fatigue are

Honestly, the above causes can be prevented from aggravating by using a stress-relief supplement such as Serenity Formula Sensoril which might provide relief from all the stress-related problems such as anxiety, panic attacks, fatigue, depression, etc.

How is Adrenal Fatigue treated? 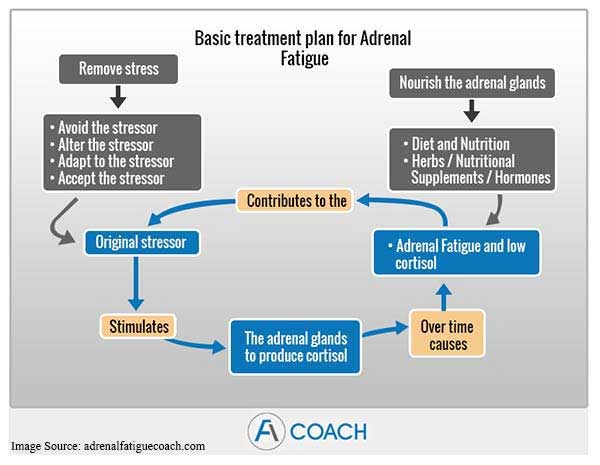 Most medical professionals do not recognize the symptoms of adrenal fatigue and attribute the symptoms of adrenal fatigue to other disorders such as depression. However, doctors can easily diagnose adrenal fatigue by testing salivary hormone levels.
Most patients that went through thorough physical examination for their uncomfortable symptoms feel discouraged when their doctor tells them they cannot find the cause of their symptoms. This is why so many wish to bring forth awareness of this common syndrome and the troubles it causes in the quality of people’s lives.
As far as treatment is concerned, adrenal fatigue is commonly treated with nutritional supplements and stress reduction. According to Adrenal Fatigue Solution, to treat adrenal fatigue, you should avoid sugar and caffeine but include superfoods such as bone broth, seaweed, and fermented drinks.
Supplements for adrenal fatigue should include vitamins B5, B6, and B12, magnesium, and vitamin C. Adrenal Fatigue Solution also suggests having good quality sleep as the best stress-reduction method.
Make sure to avoid looking at any screens before bedtime and try and create a sleeping routine to balance your circadian rhythm to beat adrenal fatigue. In case you are sure that excessive stress is hard to manage in your case, consider talking to a psychotherapist who can help you find coping mechanisms and check if you suffer from an anxiety disorders.

What are the signs and symptoms of Adrenal Fatigue? 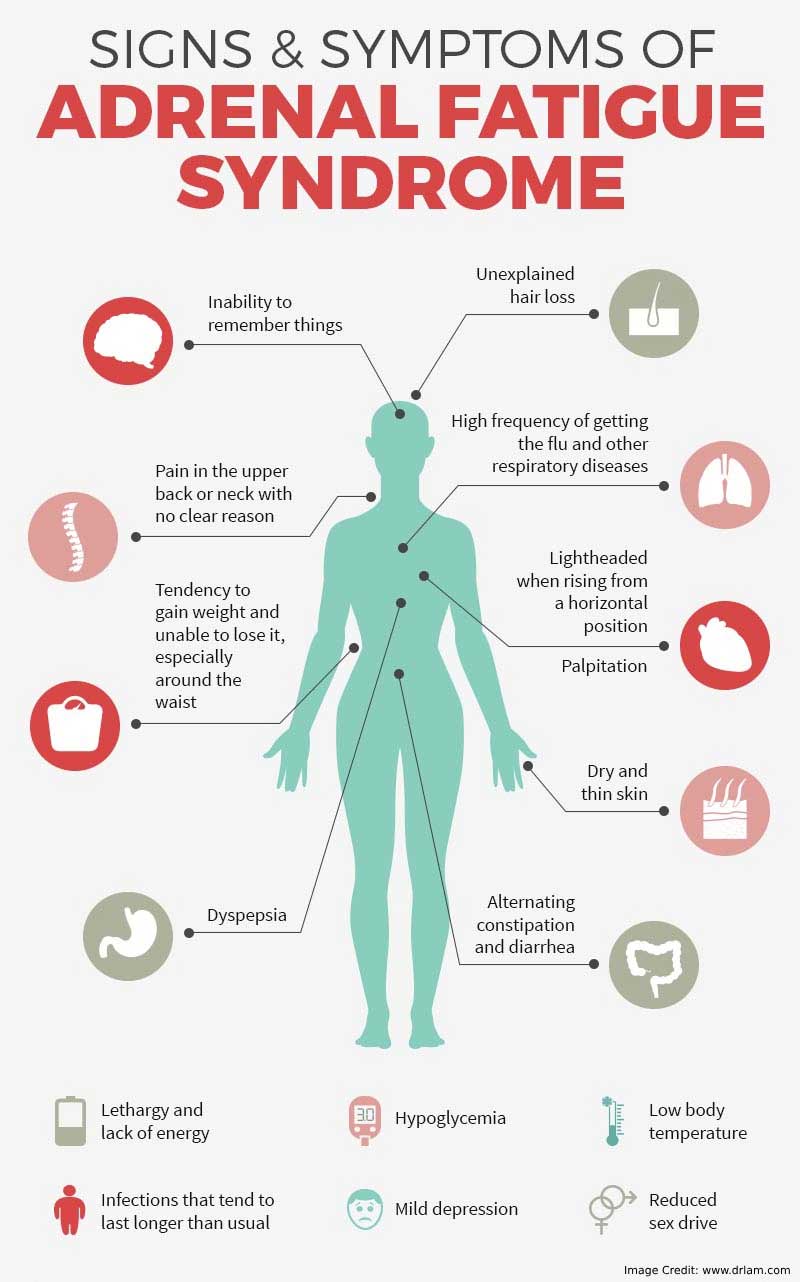 Unfortunately, adrenal fatigue is not recognized in the medical community as a true medical condition leaving many who experience the symptoms of adrenal fatigue left to their own devices. Adrenal fatigue syndrome is negatively affecting the lives of people who struggle to find answers for their uncomfortable symptoms.
Chronic tiredness, sleep problems, metabolic changes, and poor mental functioning are serious symptoms that definitely need addressing. If you happen to experience some of the major symptoms of adrenal fatigue, you could benefit from stress and anxiety reduction and specialized nutritional supplements as well as discussing your symptoms with your physician.