Exulin is a natural formula made by progressive health with clinically proven ingredients that increase serotonin levels in the blood and reduce depression.

Exulin is a natural formula for depression developed and manufactured by Progressive Health. This reputable, private company was established in 1997. Currently, it has facilities in California, Idaho, Michigan and Ohio (where it houses its main office).

On the other hand, pertaining to Exulin, this product contains ingredients that are clinically proven to increase serotonin levels in the blood and through the effects of serotonin, depressive symptoms are eventually lifted. Serotonin is a natural hormone in the body that wards off depression; it’s like the body’s happy pill.

The following are the main ingredients of Exulin. It is important to note that these substances had been clinically proven to have anti-depressive properties. 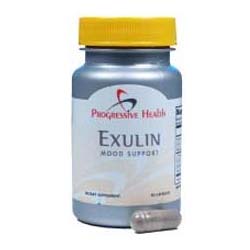 Exulin is indicated for individuals who are suffering from depressive symptoms such as the following: changes in sleeping pattern (either insomnia or excessive sleep), changes in weight (weight loss or weight gain), sexual problems, feeling sad and down for two weeks or more, loss of appetite, feelings of guilt and unworthiness, reduced self-confidence and self-esteem, digestive problems, suicidal ideations, physical hyperactivity or inactivity.

One source said that Exulin is effective in relieving depression, but results will be seen only after about four weeks of use.

Is Exulin Right For You?

As mentioned earlier, Exulin is indicated for individuals who are suffering from depression. It was not indicated in the product description that it also caters to all other types of mood disorders such as manic-depressive or bipolar conditions and even Seasonal Affective Disorder.

In addition, Exulin is a natural health product, if one is already using a clinical antidepressant, Exulin might not serve as a replacement without the proper advice of a health professional.

Exulin does have a positive consumer feedback. Exulin stated on its product page that 9 out of 10 of its customers are satisfied with its performance. This is a reassuring statement, but this claim is according to the manufacturer itself and not from an unbiased third party. However, perhaps this product is worth purchasing because it has a guarantee. It can still be sent back within 180 days after purchase if one is not happy with its performance.

Exulin is a safe natural supplement to use. However, there is still a couple of things that one has to bear in mind before taking it. Pregnant or breastfeeding mothers must ask for professional advice before taking this product as well as those who are currently taking other kinds of medications. In addition, people who are allergic to any one of Exulin’s ingredients should refrain from taking it to avoid any untoward events.

As a conclusion, Exulin seems to be a very promising natural anti-depressive supplement. It boasts of its clinically tested and proven key ingredients and high standard processing. Plus, most reviews about it are positive. However, there are also some things that the product missed – such as having a clinical review for the whole formula itself. Nevertheless, Exulin is still worth trying due to its money-back guarantee. If one’s health practitioner approves of this product, then that signals a green light. 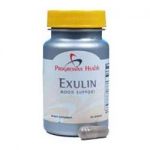