Celexa (citalopram) is a medication for the treatment of clinical depression. It basically affects neurotransmitters or the chemicals within the brain that are used to communicate with each other.

Who is the Manufacturer of Celexa?

This is a product which is claimed to be manufactured by distinct pharmaceutical companies found in different geographical locations. The formula is alleged to be found on the market under distinct names like Cipramil and Citalopram among others. It is a product that is claimed to affect your neurotransmitters. It is alleged to be an newest antidepressant which belongs to a class of medicine called selective serotonin re-uptake inhibitor. 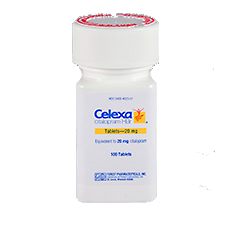 How Does Celexa Work?

Citalopram is classified as a selective serotonin reuptake inhibitor (SSRI) which is also what fluoxetine, paroxetine and sertraline are. The Food and Drug Administration approved citalopram in July 1998. However, Celexa is also prescribed for treating panic disorder, obsessive compulsive disorder, anxiety disorder, premenstrual dysphoric syndrome and posttraumatic stress disorder.

Celexa Ingredients – Are they Safe & Effective?

The product is claimed to contain components which might help in fighting depression. The formula’s ingredients can increase your energy, treat hot flashes and combat anxiety for you to lead a better life. The ingredients are provided below:

Celexa is available in tablet or liquid solution form. This depression pill is taken orally with or without food following the doctor’s prescription. The recommended dose, usually a maximum of Celexa 40mg tablet should be taken once in a day, either in the morning or in the evening is advisable. Celexa is strictly not approved for use in children.

What are the Advantages of Celexa?

What are the Disadvantages of Celexa?

Celexa is a natural antidepressant supplement that is effective in treating many cases of clinical depression. The product may help in restoring the desired balance of serotonin in your brain which boosts communication in brain. It can enhance energy, fight hot flashes which are associated with menopause and combat post-traumatic stress disorder. Also, the formula might be helpful in treating anxiety disorder, obsessive compulsive disorder and can help manage depression for you to lead a normal life.

However, it is not the best medical treatment option for some cases due to a variety of reasons. Of course, it is still best to consult your doctor before using any kind of drug. In some less severe cases, alternative natural depression treatment can be a good option. However, these are not effective in more serious cases. 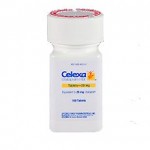