Lynch syndrome is a rare inherited genetic disorder found in 3% of colorectal and 2% of endometrial cancers. People with Lynch syndrome are at a higher risk of developing these types of cancers, often at an earlier age than the general population. According to some studies, Lynch syndrome is under-recognized in clinical practice due to the high costs and lengthy time of testing. In this article, we explain the 7 different ways Lynch syndrome is diagnosed today.

1. Determining if you are a Candidate

In patients with multiple colorectal cancers or multiple associated Lynch syndrome cancers (endometrial, ovarian, stomach, small intestine, etc.) Lynch syndrome should be suspected. The same goes true for patients with a strong family history of these cancers, especially if they occurred in family members under 50 years of age. Knowing you have Lynch syndrome will significantly impact the way your cancer will be managed and bring awareness to other close relatives, including your children about their risk of developing cancer. 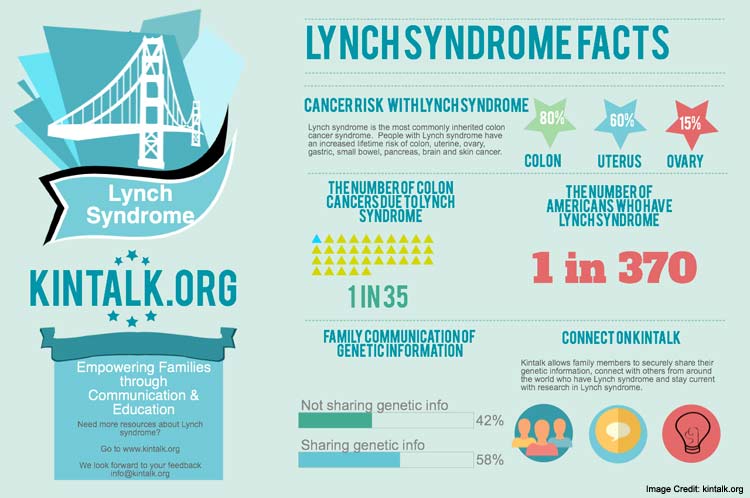 BRAF mutations can be found in as much as 40 to 87 % of sporadic MSI-H colorectal cancers. However, these are rare in Lynch syndrome cases so their absence could point out to a possible Lynch syndrome caused cancer. The BRAF gene is a type of gene that makes the B-Raf protein and which was found to be mutated in some types of cancers. In patients in which a loss of MLH1 staining on IHC testing, the BRAF mutation test will help determine if their cancer is a result of Lynch syndrome or not.

The Amsterdam criteria is a set of diagnostic criteria for family members at a risk of Lynch syndrome. The criteria list early-onset colorectal cancer along with a family history of three cases of colorectal cancers across two successive generations. The criteria were modified over the years since their first application and now include looking for all associated Lynch syndrome cancers in a patient’s family history in people under 50. To help patients remember the Amsterdam criteria, clinicians have developed the “3-2-1 rule” which is short for 3 affected family members across 2 generations with at least 1 being under 50 years of age at the time of diagnosis.

You May Also Want To Read – Top Natural Detox Supplements You Can Buy, Nucific Probiotic Complex 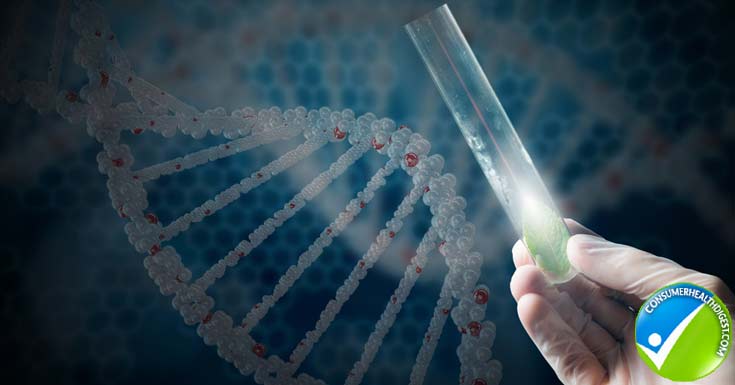 Unfortunately, the time-consuming and costly procedure of testing for Lynch syndrome has limited such tests to patients who already have cancer or who are suspected to be at risk due to a relative being treated for cancer. Genetic testing for Lynch syndrome also called germline testing involves looking for mutations in some mismatch repair genes (MMR) such as MLH1, MSH2, MSH6, and PMS2 and also the EPCAM gene. Mutations in these genes result in a lack of proper DNA repair before cell division and, as a result, abnormal cells start to increase in number forming a tumorous growth.

Testing tumors for the presence of a faulty DNA mismatch repair gene is now widely applied to identify people at risk for Lynch syndrome. Some expert believes that all patients with colorectal cancer should be universally tested for Lynch syndrome and others believe such testing should be limited to individuals found to be at high risk only. The tumors suspected to be a result of Lynch syndrome undergoes MSI testing and immunohistochemistry (IHC) testing which involves looking for a lack of an MMR protein typically seen in Lynch syndrome mutations.

Some types of cancers such as attenuated familial adenomatous polyposis (AFAP) and MUTYH associated polyposis (MAP) can be easily mistaken to be a result of Lynch syndrome so differential diagnosis is important. Furthermore, constitutional mismatch repair (MMR) deficiency syndrome is also quite similar to Lynch syndrome and has to be ruled out, especially when cancer is found in children. Other diseases that could possibly be confused with Lynch syndrome are familial colorectal cancer type X (FCCTX) and Lynch-like syndrome (LLS).

Lynch syndrome is a rare genetic disorder that puts a person at risk of developing certain types of cancers with multiple colorectal cancers being the most common. It can be tricky to diagnose Lynch syndrome so the genetic disorder remains under-diagnosed in the general population. The 7 different diagnostic tools presented here have made it possible to screen for Lynch syndrome in people thought to be at risk.
Well, you can prevent the symptoms of Lynch Syndrome by introducing a probiotic into your system. Probiotic works diligently to improve your digestion, thus increasing your gut health. You can take a quick scan of Biotic 365 Review which might be a decent option in the probiotics market.