MAELYS B-THICC Booty enhancing mask is a lightweight booty mask enhanced with clinically proven products to give the buttocks a plumper, voluminous, and more voluptuous appearance.

MAELYS B-THICC Booty enhancing mask is a leave-on mask that works as a firming agent for the buttocks. It does this by getting rid of cellulite around the butt area. Cellulite is a skin condition that typically causes lumpy and dimpled skin around the hips, buttocks, belly, thigh, and hip area.

The actual cause of cellulite is unknown, but because women have a larger fat distribution around these areas, it’s most common in females. There are certain treatments for cellulite, such as acoustic wave therapy, laser therapy, subcisions, and methylxanthines. However, they all cost a lot of money and require multiple sessions.

In 2018, a study on cellulite treatment stated that some topical agents are effective though not enough research has been done on them. [1]
Another small study from 2018 with 44 women found that after using a natural anti-cellulite moisturizer twice daily on the affected area for eight weeks, participants noticed a reduction in cellulite and an improvement in skin elasticity, firmness, and moisture. [2] 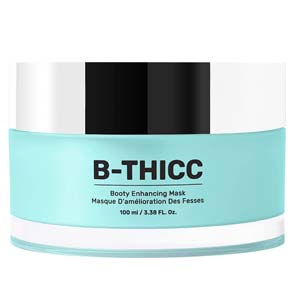 What It Does: Makes the butt firmer, treats cellulite, and improves collagen production.

This MAELYS B-THICC Booty Enhancing mask derives its effectiveness from the synergy of its components, such as the combination of Algae, Mangosteen, and Quince, which creates the illusion of fuller, plumper skin.

One of the best anti-aging ingredients is algae. Brown algae, red algae, and green microalgae are the three most common varieties of cosmetics products. Because it has been studied the longest and is rich in antioxidants like beta-carotene and phlorotannins that can fight free radicals, brown algae are the most popular.[3] During regular metabolic processes, free radicals are generated as byproducts; these radicals can then go on to cause oxidative damage, which in turn accelerates the aging process.

Reduction in skin elasticity is one of the known immediate causes of cellulite which leads to the skin not being firm. Algae eliminate the concern and leave the skin looking firm and perky.

In addition, the mask contains sodium hyaluronate, a variation of hyaluronic acid, and helps collagen synthetization.

This mask delivers a powerful dosage of rich ingredients that can be easily absorbed into the skin to make the booty look more supple and luscious. It also visibly tightens and firms the skin, and it helps the region appear firmer and more enhanced.

What Are the Key Ingredients of MAELYS B-THICC Booty Enhancing Mask?

Some of the key ingredients you’ll find in the MAELYS B-THICC Booty Enhancing Mask are listed below:

Algae has been around for millions of years. They can survive in all climates by protecting themselves from arid temperatures and extreme conditions. This protectiveness translates to the skin when they’re included in skincare products. [4] The protective substances in algae include peptides, amino acids, calcium, and magnesium.

As a result of its algae component, this mask has anti-inflammatory and antioxidant characteristics making it an effective treatment for a wide range of skin issues, from acne and wrinkles to rosacea.

In addition, as great as these substances are, it wasn’t until recently that scientists adequately created the technology to use them in cosmetics. MAELYS cosmetics B-THICC cosmetics booty enhancing mask is one such situation.

This is a superpowered antioxidant with the capacity to leave the skin looking young and make the skin firmer. [5] These antioxidants include vitamins C, E, A, and other plant-derived polyphenols.

Antioxidants in mangosteen include the vitamins E, C, and A, or plant-derived polyphenols found in brightly colored fruits and vegetables. Antioxidants are important in skincare since they neutralize free radicals, slow the aging process, and perk up tired skin.

There are also xanthones in mangosteen. Research into xanthones has centered on their potential in treating and preventing cancer.

Xanthones provide anti-inflammatory and antioxidant protection for the skin in various ways. [6] The anti-inflammatory properties also prevent skin cells from degradation and slow the outward manifestations of aging, so both work together to keep your skin looking young and healthy no matter how harsh the environment is.

Sodium hyaluronate functions as a humectant, meaning it draws in moisture. It is used topically in skincare, especially in moisturizers and serums.

A major issue with buttocks enhancement lotions is their inability to enter the skin deeply. Fortunately, sodium hyaluronate can help with that. When compared to hyaluronic acid, its molecular weight is significantly smaller. Its size allows it to break through the skin’s outermost layer, the epidermis. As a result, it can help the skin retain more moisture deep within.

This mask is good for anyone looking to make the skin of their buttocks firmer. Many buyers say they saw a noticeable difference in one to two weeks. MAELYS cosmetics b-thicc booty enhancing mask reviews corroborate this.

A: MAELYS b thicc booty enhancing mask reviews say that the cream works well. While some buyers complain of feeling a little stinging sensation (this is normal), they all said they saw a noticeable difference.

Q: Does B-Thicc Booty Enhancing Mask Have Any Side Effects?

A: There have been no reports of adverse side effects. However, synthetic scent compounds may cause irritations to sensitive skin.

A: This mask has the potential to revitalize, add volume to, and smoothen out the butt area.

MAELYS B-THICC Booty Enhancing Mask works by delivering powerful ingredients to the skin for easy absorption. These ingredients include algae, sodium hyaluronate, and mangosteen. They all have anti-aging properties and help in collagen production.

It is interesting to note that a significant percentage of customers noticed their buttocks looking fuller while using this mask and that many of them were satisfied with how their buttocks looked after using this serum. This booty mask has been formulated with components that have been supported by clinical research, and our conclusion is that it may have the ability to improve the appearance of the booty area.

Cellulite refers to fat deposits under the surface of the skin giving it a dimpled, irregular appearance. The vast majority of women have cellulite, some estimates are as high as 90 percent. Cellulite is routinely found in the thighs, hips, buttocks, and stomach. Unfortunately, maintaining an optimal body weight, eating healthy, staying active, and even regular exercise may not be enough to combat cellulite.

Below you’ll find some of the most effective cellulite cream formulations on the market today, in our opinion. 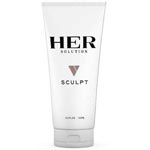 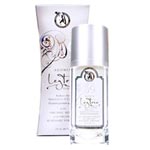 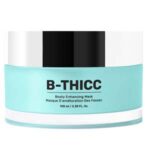