7 Common Cellulite Mistakes Every Women Does

Shame, low self-esteem, stress, you name it. 90% of women have experienced these feelings at some point in their life. Male or female, we all want that perfectly evened skin with normal elasticity. However, research has proved to show that 90% of women and 10% of men have cellulite.

This huge difference is based on the fact that men have more connective tissues as compared to women hence their fat is placed more evenly in their bodies.

According to researchers such as New York based dermatologist Cheryl Karcher, cellulites are brought about when the underlying fat is pushed through the collagen fiber or connective tissues after they are weakened by hormonal imbalance, lack of exercise and muscle toning, excess fat and poor blood circulation.

There is no way to resolve cellulite yet. However, there are ways in which it can be reduced. This is where most women tend to make mistakes as discussed below.

The Seven Common Mistakes That Women Make About Cellulite Unknowingly:

1. Cellulite is a Fat

‘Cellulite is not a fat, it is the connecting tissue surrounding the fat also called fascia’, explains Ashley black in her book the cellulite book; it’s not fat its fascia. The notion that cellulite is fat has caused a lot of discomfort in a lot of women who lacked the knowledge of its causes.

This has led most women to get into extreme weight loss programs that have eventually caused them to develop eating disorders such as bulimia, anorexia which most often than not has led the death.

Vanessa Bennington, a health coach, bears testimony in her quest to rid herself of the cellulite menace in her article, the dirty little secret of the female athlete: cellulite. She explains how since the age of 13 she struggled with the shame of cellulite, that even at her lightest weight which is 90lbs, she still had dimples.

This goes to show that cellulite is not about fat, and it does not act as an indication of your fitness level. Even top models suffer from cellulite. In this era of scientific genius, there is nothing that a computer cannot manipulate, that includes photographs and video images to manipulate what you see and separate it from what is real.

In his article cellulite, Peter Crosta explains that, wearing tight cloths prevents blood circulation which is one of the causes of cellulite.

Tight cloths tend to prevent blood flow, and when there is no blood flow, the connective tissues are not sufficiently supplied with oxygen. Such cloths include underwear, tight jeans and other tight cloths that women love to wear.

It is said that too much of anything is poisonous. This corresponds with taking too little of anything. If you take too much of salt, fatty foods, and carbohydrates and less of fiber and essential vitamins, your chances of developing cellulites is high.

Most people tend to cut off curbs which lead them to taking too much fat unknowingly. This causes imbalance in the body. Take a reasonable amount of cubs when you do not plan on working out, and increase it when you plan and actually execute a work out.

This is the same for calories. Most women due to lack of knowledge curt of calories completely from their diet. They later end up substituting it with a load of carbs which ends up hurting them more, since carbs are made of mostly refined and processed component such as sugar and wheat.

4. Cellulite Is Caused By Toxins

When dermatologist Cheryl Karcher explained on cellulites, she was very clear that cellulites are not caused by toxins. Most women run to the drug stores or supermarkets to buy the latest cellulite removal cream that advertise on how to remove all the toxins that are bringing about cellulite.

This may bring about some relief for a while as the creams acts as a concealer. But the problem is still there and still unresolved.

A couple of years back, women were highly stigmatized by men and even their fellow women due to having cellulites. This has caused a lot of divorce cases and separations as the partners’ views the other as unfit or unhealthy and unattractive.

Most people did not understand that cellulite could be caused by genes that have been inherited from a parent or hormonal changes due to sexual encounters or even child birth.

However, with an increase in research, people are warming up to the fact that having cellulite is not a health condition, it is simply how the female body has been made to function.

In Ashley Blacks book, ‘the cellulite book; it’s not fat its fascia’, a woman testifies how a support group she found on Facebook helped her on her journey and battle with cellulite.

There she saw beautiful women ashamed of their bodies and found strength in their moral to fight it. This together with Ashley’s workouts helped her to a point of reuniting with her husband and remarrying him again.

She said,” my workouts are finally yielding results, because of healthy fascia, nerve activity and blood circulation, not only is my body better, my relationships are better, and my life is better”.

Women should understand that they are not alone. There is a very huge support group all around the world. All they need to do is to search.

Exercise is good. It is one of the major ways of reducing cellulite from our bodies. However, most women have failed to understand the kind of exercise that is required to reduce cellulites from the body.

To aid in the right work out to cut on cellulite, Chris Freytag, contributing fitness editor and creator of Prevention’s Fight Cellulite Fast! DVD, designed the following workouts to aid in reducing cellulites. He guarantees great results if paired with eating the right kind and amount of food. 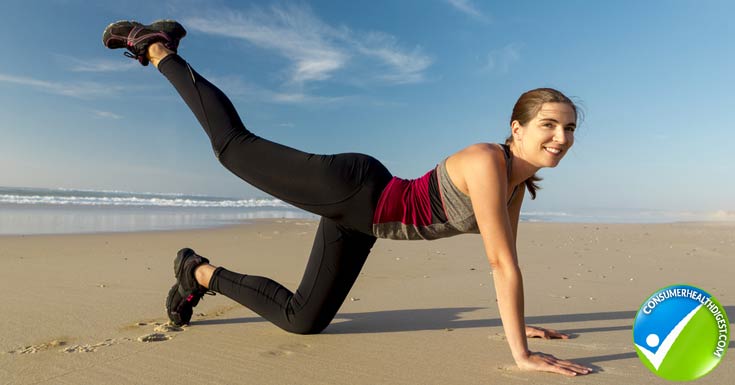 It is also important to ensure that you take the right amount of rest during a workout in intervals, and while at it, position yourself properly. For example, avoid sitting down. Try going into the table top or the child pose for a little while. Women are designed to work out more with shorter time intervals for rest.

7. Cellulite has a Cure

First and foremost, cellulite is not a health condition. It is simply one of the natural menaces that women are bound to battle with at some point in their life, with the exception of a lucky few. Cellulite has no permanent remedy yet.

However, as has been discussed above, there are many ways to manage it or even prevent is. As scholars say, prevention is better than cure. You can prevent it through maintaining the same body weight, exercising in the right way and always eating healthy along with using some anti-cellulite cream like Life’s butter which has proved to reduce the appearance of dimples, stretch marks and improve the firmer, tighter, younger looking skin with Life’s Butter anti-cellulite cream.

Some people tend to think that liposuction can help reduce the appearance of cellulite, this is not true. Liposuction, according to Global Open, plastic surgeons have asked women to understand that liposuction is not a cure for cellulite, and that most often than not, it makes it worse than it was.

The key to the cure of cellulite is also the key to the myriad of unanswerable questions about our body, health, and appearance, states Ashley Black. With the fast growing progress of science, we are hopeful that soon, a permanent solution to this mind throbbing joy steal called cellulite will be found. But until then, let women be wise in how they take care of their bodies to prevent and or manage cellulite